New study reveals more tolerance for diversity; determines only 15 percent of people would object to having immigrants as neighbors in the UK and other rich EU nations

New study reveals more tolerance for diversity; determines only 15 percent of people would object to having immigrants as neighbors in the UK and other rich EU nations

According to analysis of the largest public European and international surveys of human beliefs and values, prejudice against immigrants in the U.K. is rare and comparable with that in other wealthy EU and Anglophone - or English speaking - nations. Published in Frontiers in Sociology, this new study challenges prevailing attitudes on Brexit, the nature of prejudice and the social impact of modernization.

"In the media turmoil surrounding Brexit, many pundits have seized on the prejudice angle, but these data demonstrate that is not actually what makes the U.K. different from the Continent," contends co-author Professor Mariah Evans of the University of Nevada, Reno. "Prejudice against immigrant workers or minority ethnic and religious groups is rare in the U.K., perhaps even slightly rarer than in equivalently developed EU countries. Even though only a small minority is prejudiced, in a large population that still makes many people - enough to show up in anti-immigrant demonstrations or to mobilize letter-writing campaigns to members of parliament."

With half a million combined respondents, the World and European Values Surveys provide a large, time-series, cross-sectional view of people's attitudes, beliefs and opinions in 100 countries.The researchers analyzed responses from these and the well-known European Quality of Life surveys, to find out how ethno-religious prejudices vary between nations at different stages of socioeconomic development. Specifically, they compared the prevalence of prejudice in the U.K. to that in its global culture group and other EU countries at approximately the same level of development.

"We found a high level of tolerance for ethnic and religious diversity is typical of prosperous European and Anglophone nations, whereas ethnic and religious prejudice is much more common in poor countries," Evans, who works within the University's College of Liberal Arts, said. "In this respect, the U.K. is ‘stock standard' given its GDP per capita: just like their wealthy EU peers, around 15 percent of Britons would object to having immigrants as neighbors, around 10 percent would object to neighbors of a different race, and 10 percent would rather not have neighbors of a different religion."

Tackling one form of prejudice improves tolerance towards all groups

The analysis also showed that across all nations, prejudice tends to be either against all minority ethnic and religious groups or against none.

"We show that a single root prejudice - that all the feelings about specific groups spring from a single generalized feeling of tolerance or intolerance towards diversity in ethnicity and religion - holds across the whole globe," study co-author Jonathan Kelley, adjunct professor at the University and director of the International Social Science Survey, said.

"There is not a specific British or Japanese or Mexican pattern - rather, prejudices are linked together in the same way everywhere," he said. "For example, people who would shun immigrants as neighbors would also shun neighbors of a different religion and neighbors of a different race. People who are good with one group as neighbors tend to be good with all. Prior researchers have suspected this, but this is the first time it has been demonstrated."

Modernization is a positive force for tolerance to diversity

The authors recognize the limitations of a survey-based approached. 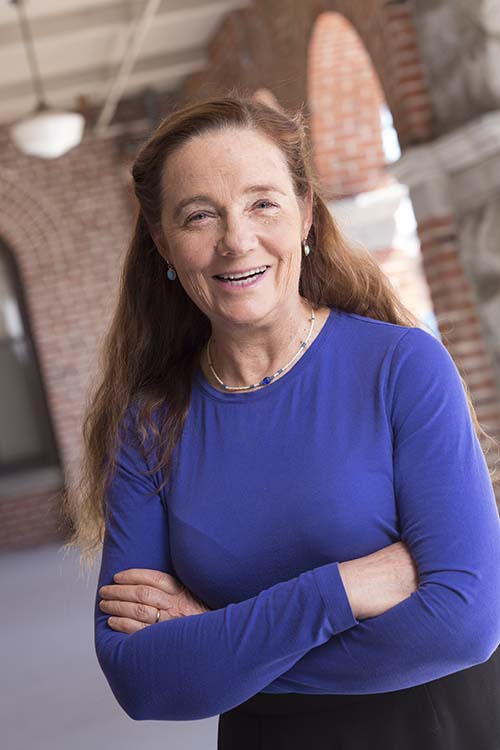 M.D.R Mariah Evans is a professor, director of the graduate program in sociology and coordinator of the Applied Statistics Program. She is co-author with adjunct professor of sociology Jonathan Kelley on this new study.

"Being scientists, we would always love better measurement," Kelley said. "For example, ratings of prejudice on a five- or seven-point scale, and breakdown by region, would have provided a more accurate picture than yes/no responses at the national level. Also, of course, the situation is rapidly evolving, so data even a few years old may be light-years away from rapidly evolving and unstable ethnic and religious group relations."

Nevertheless, these data provide a much more rational and accurate barometer of public opinion than do anti-immigrant demonstrations or political rhetoric.

"There are many ways in which Britain is known to be ‘exceptional' in the European context, but prejudice against immigrants is clearly not one of them," Kelley said.

Evans suggests a number of other positive corollaries of their findings.

"Spillover in attitudes about different groups means that events and examples that lead people to feel more warmly towards one minority will also increase their warmth towards others," Evans said. "For example, a well-publicized act of personal heroism by a Buddhist would likely ever so slightly increase the general public's positive feelings towards Buddhists, but also towards immigrant workers, towards people of African descent, towards Muslims, and, indeed towards all minority ethnic and religious groups."

"Equally promising, the strong gradient of prejudice decreasing with national development - economic growth and institutions that support personal freedom and markets - suggests that contrary to fashionable belief, modernization is a powerful force for good as far as tolerance for diversity is concerned."

M.D.R. Evans is a professor in sociology, social psychology and applied statistics and is a member of the Nevada Agricultural Experiment Station at the University of Nevada, Reno. Jonathan Kelley is an adjunct professor at the University and director of the International Social Science Survey at the International Survey Center. His large survey (on income inequality) is now underway. Click on the related survey link above to record your opinion.