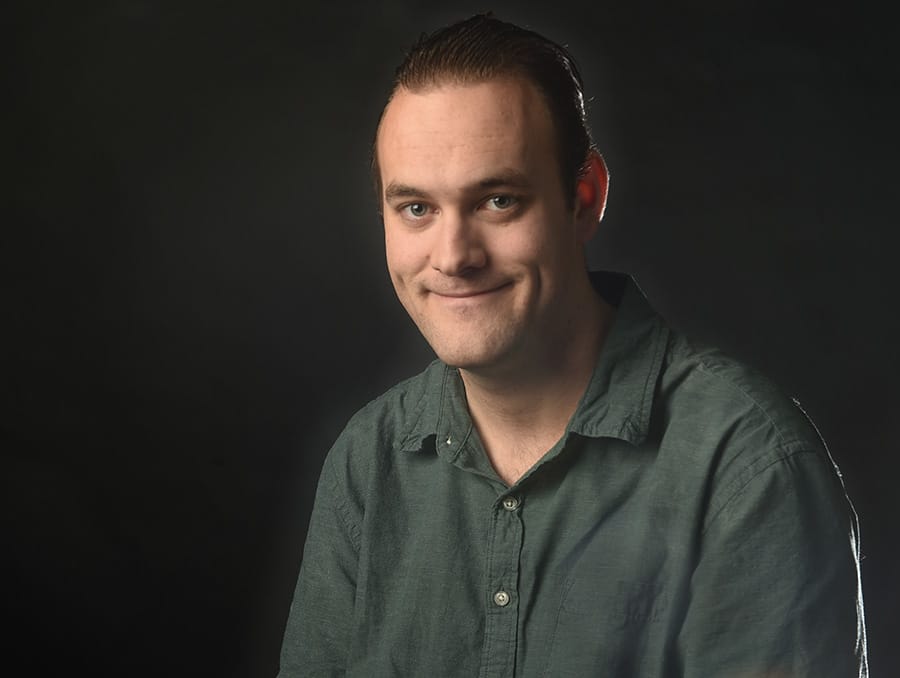 Tyler Hersko, a 2016 alumnus of the Reynolds School of Journalism, started at IndieWire in May 2019 as a television business reporter. To get the job, he focused heavily on publishing strong work in local and national publications during and after his time at the University of Nevada, Reno.

The summer after graduating, he landed an internship at the Los Angeles Times offered for Reynolds School students, giving him an opportunity to report on the entertainment industry.

“I've always been a big fan of beach and warm weather. So, I knew that I wanted to try to be in a coastal area.” Hersko said. “The Los Angeles Times is one of the best publications on the West Coast and in the nation, and I applied for the internship and was lucky enough to get it.”

While interning there, Hersko gained his most memorable experience as a journalist.

“I ended up doing a feature on a kind of small product company that was working with Stan Lee on a project. So, I actually got to go down to Comic-Com in San Diego and interview Stan Lee, which was a surreal experience,” he said. “That was kind of when I realized, wow, this is kind of real. I'm really doing this kind of crazy, cool and impactful thing.”

“I was actually shocked by how difficult it was to get even an entry-level job in any small newspaper anywhere,” he said. “I am not exaggerating; I applied to at least 50 newspaper jobs throughout the nation.”

Several months later, he accepted a position at the Ventura County Star. His previous experience as a business and breaking news intern for the Reno Gazette-Journal and managing editor at The Nevada Sagebrush along with the recent L.A. Times internship helped him secure the job.

“It was a business reporting job, which I imagine one of the reasons they wanted to hire me was because that job was quite similar to what I had already been doing in my internships,” Hersko said.

While working in local news, he still wanted to focus on the entertainment industry. In his spare time, he started writing his own music review blog. This led to a freelance opportunity as a music critic with Metal Injection, a heavy metal band criticism website. He also featured British metal band Anaal Nathrakh in 2018 for Vice.

Now six months into his new position at IndieWire, Hersko publishes daily articles and in-depth pieces about the television industry. He said he was most proud of his stories about American entertainment companies working with China, the decrease of Emmy Award viewership and the ways top executives of streaming platforms and networks make their services stand out.

Another major part of Hersko’s job is attending industry-related events.

“I may have to go to a press junket for a new television show that's coming up or something like the Television Critics Association in which I spent basically an entire month in a hotel, hearing about new television shows that would be hitting broadcast in the fall.”

Hersko noted the importance of that role to ensure he can report on the industry but said he favors writing the stories.