Ticks are divided into two families: the Argasidae (soft ticks) and the Ixodidae (commonly referred to as hard ticks). Most of us are familiar with Ixodid ticks because they are commonly found attached to or crawling on people or their pets in search of a blood-meal. Hard ticks spend most of their lives in the environment and require microhabitats with very high relative humidity to survive. In wet years such as this one, the additional moisture allows for better conditions for these ticks to reach adulthood. More adult ticks mating will also lead to increased tick numbers in the following year as the eggs hatch and the young larvae begin to search for their first meal.

How will the wet winter affect "the diseases they carry"?

Higher numbers of ticks (and, by assumption, higher numbers of infected ticks) will typically result in higher risks for transmission of disease to humans and their pets, especially during the spring and summer months. Most tick-borne pathogens also infect wildlife, usually small mammals. If these "reservoir host" populations increase as a result of a better food supply due to the wet year, the combination of higher numbers of ticks and larger populations of potentially infected wildlife hosts could lead to an even higher risk of infection for people. The best method for preventing tick-borne diseases is to avoid tick bites by wearing long sleeves and pants (tucked into the socks) while in the woods and checking yourself and your pets thoroughly for ticks before coming home. An attached tick should be removed promptly using tweezers to minimize the risk of disease transmission.

What kind of diseases might these ticks carry? Do they carry Lyme?

The two Dermacentor tick species commonly found in the region do not transmit the bacteria that causes Lyme Disease. The tick vector for that disease (the western black-legged tick) has not been reported to occur in the eastern Sierras, nor have I been able to find one in the area after 10 years of searching. These Dermacentor ticks can transmit the viral disease Colorado Tick Fever and the bacterial diseases Tularemia and Rocky Mountain Spotted Fever.

Once again, I would like to remind anyone reading this to make sure that they check themselves, their children and their pets regularly for ticks after spending time outdoors this time of year and remove any they may find as promptly as possible.

Dermacentor ticks are very common in the eastern Sierra: 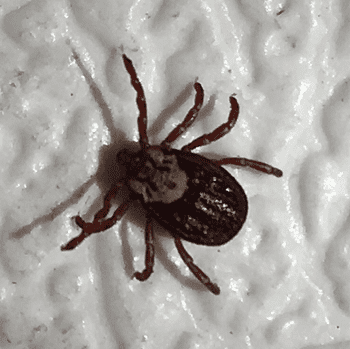 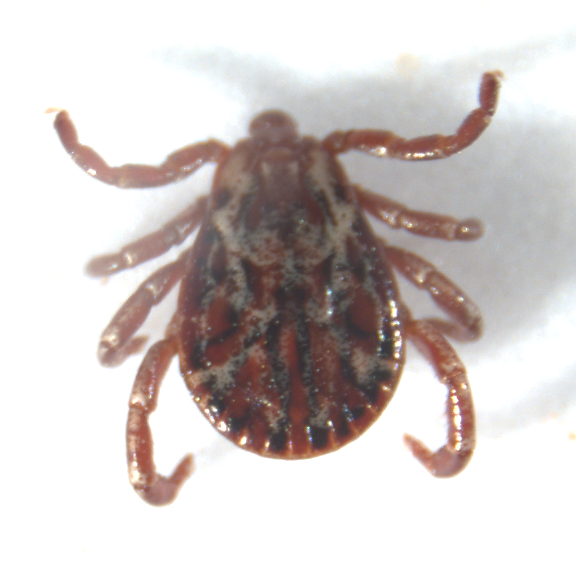 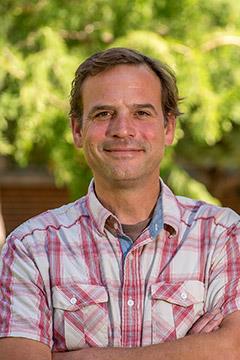 Mike Teglas is an associate professor in the Department of Agriculture, Nutrition and Veterinary Sciences at the University of Nevada, Reno. His efforts go into investigating the role of tick borne disease in the health of cattle herds throughout Nevada. Currently he is identifying important tick species and the diseases they carry.