More than 2,800 degrees conferred over three days of ceremonies

More than 2,800 degrees conferred over three days of ceremonies

With the University ever growing, the challenge for Spring Commencement ceremonies has been one of intimacy.

With more than 2,800 degrees and certificates to be awarded in spring 2017, the calculus for University administrators and Commencement organizers became somewhat complicated:

How do you maintain a sense of personal connection with each graduate ... while still holding the University's 127th Commencement Exercises on the familiar and sacred ground of the University Quadrangle?

Enter the mathematics of more is better.

They then somehow got the weather gods on speed dial, and sprinkled in a break from northern Nevada's seemingly endless winter with weather that was sunny and warmed each of the three days, starting in the high 60s on Thursday and reaching into the low 80s on Saturday.

Then, they invited four guest speakers for the four ceremonies, and had several notable special award winners on hand as well, all of whom through their presence provided inspiration for all those gathered on the Quad.

And if that wasn't enough graduation magic sprinkled into the numbers, there was this: Over the weekend, the 143-year-old University presented its 100,000th degree.

The result was three days of Commencement that felt like a never-ending celebration. To paraphrase a theme in the speech of ASUN President Brandon Boone, that "today is the day," Commencement 2017 may very well be remembered for "three days and four ceremonies that were the day" for 2,808 University graduates. 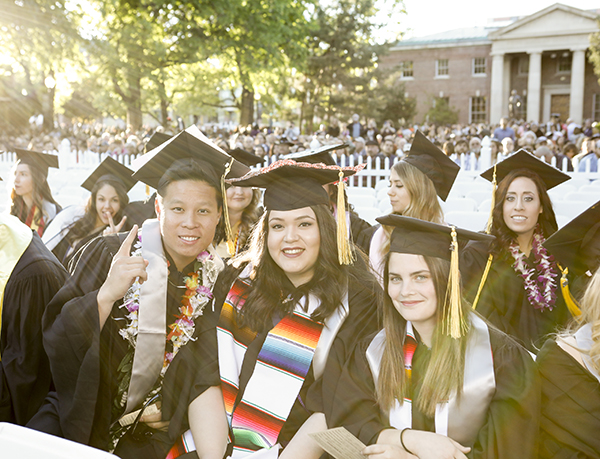 President Marc Johnson, while praising the hard work that the graduates had done to reach Commencement, stressed that in many ways the hard work was only just beginning.

"You are soon to be University graduates," Johnson said. "And with that comes special tools that you've been given, which will help you follow the thoughtful and well-studied path."

Johnson stressed that the world is in need of citizens who are discerning, who are empathetic toward others and who understand the value of hearing a diversity of voices, opinions, thoughts, and in acknowledging the value of different people from varying walks of life in society.

"Finding the common ground between cultures and ideas is a critical component to bringing peace and understanding to the world," Johnson said, referencing a similar thought written by best-selling author Thomas Friedman in his book, "The Lexus and the Olive Tree." Johnson added: "When people come together, and make an effort to understand each other, and realize common interests, differences can often be put aside." 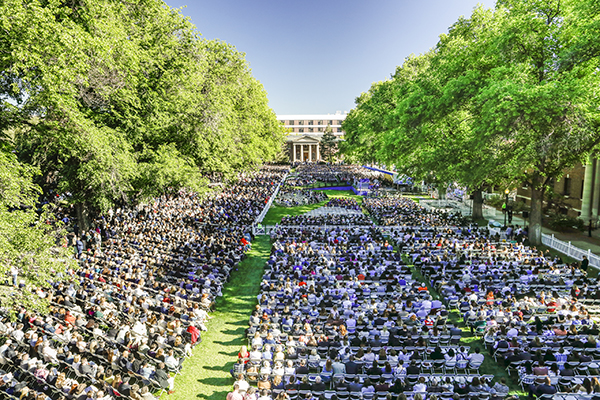 The Herz Gold Medal, which honors the outstanding scholarship of the University's top graduate, was awarded to Anita Savell, an electrical engineering graduate with a biomedical engineering emphasis. Savell also had minors in biology and statistics.

In total, 2,278 bachelor's degrees, 469 advanced-degree certificates (master's and doctoral degrees) and 61 University of Nevada, Reno School of Medicine degrees were awarded. The University has seen a 50 percent increase in degrees conferred since 2010 due to increased enrollment and improved graduation rates.