It's OK to talk about suicide; in fact, it could save a life

A few years ago, I met with a teenage patient with some significant medical needs. As their social worker, I met with them regularly to address the impacts of their high treatment burden.

Often our conversations would center on their mental health, and I would listen as the teenager described symptoms of depression. This included lack of motivation in school and the occasional panic attacks they experienced when they had to disrupt class to leave and go to the nurse.

The teenager was fortunate enough in one aspect to have a very understanding mother, a mother who would partake in some of these conversations with us and had arranged a regular therapist for her child to see.

One day during our meeting, the teenager expressed that they were feeling so depressed they did not have the motivation to even get out of bed that week, “I don’t even know what the point of school is, if I am not going to live that long anyway. What’s the point of any of it?”

Their statement, considered a suicide invitation or warning sign, ignited a deeper conversation and more important question from me: “Are you having thoughts of killing yourself?”

In that moment, and in the moments like it that have occurred throughout my social work practice, I have been immensely grateful for the suicide prevention training I have received. This interaction also underscored the fact that regular and consistent screening and open conversations about suicide should occur with every patient or client, regardless of the social work practice setting. Although I had screened this patient for suicide before, this was the first time I had recognized suicidal ideation in their presentation.

The Teenager’s supportive mother was understandably shocked, and clearly struggled to acknowledge out loud that their child was having thoughts of killing themself. The mother fidgeted in her chair while we talked about a safety plan and securing mechanisms at home; are there guns in the house? Access to prescriptions and pills?

She was mostly quiet and, in contrast to her ability to talk to her child about being sad some days, she was not confident about how to word her questions when we pulled her into our conversation. Questions like: “How long have you been feeling…like this?"

The teenager’s mother is far from the only one who has struggled to talk openly about suicide. Although our society has made some strides in talking more openly about mental health in general, suicide and suicidal ideation remain highly stigmatized.

Take the language we use as an example: When someone completes suicide, in response to the question of how they died, the common answer is “they committed suicide”. We utilize the same term to describe crime “he committed a felony” or other negative acts, “she committed a sin/committed an atrocity”. However, when someone dies by cancer or a car accident, we say they died of cancer or by accident.

In no other instances of death do we place the blame on the person, except when they die by suicide. To those thinking of killing themselves, this contributes to the immense amount of shame associated with having these thoughts and feelings as well as the unwillingness to want to talk about it and, ultimately, to be able get help.

I do not want to minimize the fact that suicide, and even the broader topic of death, are difficult to talk about for a lot of people. It is indeed uncomfortable to talk about suicide. But knowledge is powerful, and there are misconceptions that contribute to these feelings, mainly the idea that talking about suicide will cause a person to kill themselves (or give them the idea).

Research has shown this to not be true and, in fact, has shown that asking someone if they are having thoughts of killing themselves is actually more likely to save a life.

By talking about suicide openly and with care, we give our own signals to others that it is OK to talk about their thoughts of suicide. This serves to seek out those who may be suffering in silence and encourages a connection between people. That connection can be used to possibly prevent a death by suicide and allows for the time needed to connect someone with mental health professional(s) for further support.

There are a number of excellent resources that deal with warning signs and how to talk to someone about suicide, including:

NAMI Western Nevada WARMLine: The Warmline is a stigma-free, non-crisis, phone service you can call or text at 775-241-4212 to speak one-on-one with a NAMI WNV CARES operator. The Warmline is staffed by trained peers in recovery, who provide support to peers by telephone. 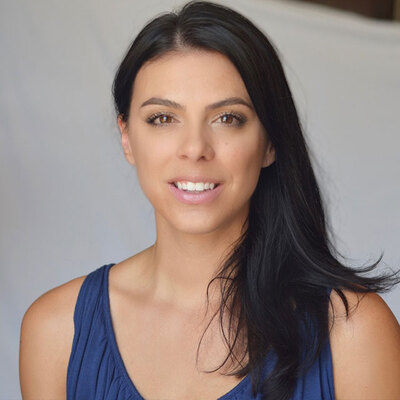