A mathematician who harvested numbers

For Math Awareness Month, Professor Tin-Yau Tam shows us the numbers that surround us and how one mathematician changed the world and his life with a theorem

A number is a mathematical object that we use to count, measure and label. For example, we reply in numbers to questions such as: “How old are you?” and “How tall are you?” In this digital age, numbers are everywhere in our lives. Credit cards and social security cards have very important numbers, and we don’t give them away unwittingly. When we check out from grocery stores, we rely on barcodes. Look at any USPS barcode, and you will notice that a long string of numbers is associated with it.

Every positive integer can be expressed in just one way as a product of prime numbers. For instance, 60 = 2x2x3x5. Because of this we can view primes as the atoms in number theory, that is, the basic indivisible entities of which all numbers are made via multiplication. The primes have been widely studied for more than 2,000 years and have led to many questions, only some of which have been answered.

The Prime Number Theorem describes the asymptotic distribution of prime numbers.  It formalizes the intuitive idea that primes become less common as they become larger in terms of the rate at which this occurs. Here is a brief description: Let π(N) be the prime-counting function, that is, the number of primes not greater than N. The first such distribution found is π(N) ~ N / log N, where π(N) is the prime-counting function; log N is the natural logarithm of N, and ~ means getting closer and closer (when N is getting larger). The PNT was proven at the end of the 19th century by Jacques Hadamard and Charles Jean de la Vallée Poussin.  This means that for a large enough N, the probability that a random integer not greater than N is prime is very close to 1 / log N. It implies that prime numbers get less and less common as the numbers get bigger, though the decrease is very slow.

What about the gaps between consecutive primes? One might think that, because prime numbers get rarer and rarer as numbers get bigger, they also get farther and farther apart. On average, that is the case. On April 17, 2013, Yitang Zhang announced a proof that for some integer N that is 70 million or less, there are infinitely many pairs of primes that differ by N. Zhang’s paper was accepted by the Annals of Mathematics in early May 2013. The landmark theorem has been longed for by mathematicians for many years, and some even doubted whether they would see it during their lifetime. Zhang delivered!

Zhang was awarded the 2013 Morningside Special Achievement Award in Mathematics, the 2013 Ostrowski Prize, the 2014 Frank Nelson Cole Prize in Number Theory and the 2014 Rolf Schock Prize in Mathematics. He is a recipient of the 2014 MacArthur award and was elected as an Academia Sinica Fellow during the same year. Since publication, the number 70 million has been greatly reduced by other mathematicians.

One might think that Zhang was already a very well-known mathematician prior to the outstanding discovery. Not really. After receiving his M.S. in mathematics from Peking University in China, Zhang arrived at Purdue in 1985 to join their Ph.D. program and earned his Ph.D. in mathematics in 1991. After graduation, he had a difficult time finding a faculty position. After some years, Zhang managed to find a position as a lecturer at the University of New Hampshire in 1999. Prior to that, he worked for several years as an accountant and a delivery worker for a New York City restaurant. He also worked in a motel in Kentucky and in a Subway sandwich shop. A profile published in the Quanta magazine reports that Zhang used to live in his car during his initial job-hunting days. He served as lecturer at UNH from 1999 until around January 2014, when UNH appointed him to a full professorship. In Fall 2015, Zhang became a professor at the University of California, Santa Barbara.

Zhang is an extraordinary example someone who finally harvested numbers with his persistence and unwavering focus.

Professor Tin-Yau Tam received his PhD from the University of Hong Kong in 1986. He currently serves as the Department Chair and Seneca C. and Mary B. Weeks Endowed Chair of the Department of Mathematics and Statistics at the University of Nevada, Reno. Tam’s areas of specialization are Matrix Theory and their Applications, Multilinear Algebra, Numerical Ranges, and Lie Theory. He serves on the editorial boards of Linear and Multilinear Algebra, Electronic Linear Algebra, and Special Matrices. To date, Tam has authored or coauthored more than one hundred research peer-reviewed papers in journals. He has delivered about 250 talks and has organized many international conferences. He serves on the Advisory Committee of the International Linear Algebra Society and the Scientific Committee of the International Research Center on Tensor and Matrix Theory of Shanghai University. 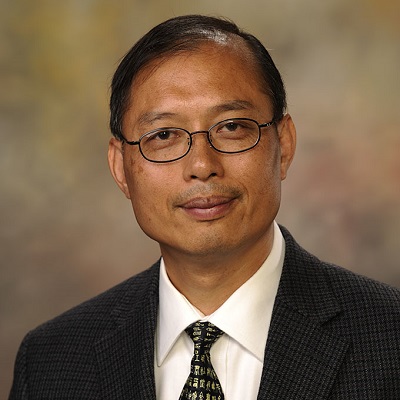