On talking about religion in polite company

"Beyond Toleration" event on Oct. 23 to consider moving beyond toleration to reconciliation

As we head into the Fall season, we should all brace ourselves for the timeworn adage, “never talk about religion or politics in polite company.” There is little doubt the oft-repeated saying will make its rounds during the Thanksgiving holiday, only to recirculate as we head into the winter holiday season. It is true that religion and politics are discursive lightning rods, but avoiding such conversations does little to quell the underlying social tensions that we don’t want boiling over at our dinner tables.

While we might agree that we shouldn’t be talking about religion and politics during polite dinner discussions, largely because it helps us tolerate the in-laws and relatives we see only once per year, we might also consider if we might find a way to discuss issues of religion, philosophy, and ethics that won’t end with mashed potatoes being flung across the table.

To this end, moving past religious and philosophical difference is the topic of the upcoming event, “Beyond Toleration.” As we seek to embrace diversity in our community, and as we aim to strengthen our social ties and build a more inclusive society, it is imperative that we move beyond mere toleration in how we treat religious and philosophical diversity in the United States today. Focusing on where we agree with others instead of where we disagree might lead to points of confluence with those in-laws and relatives, bridging difference and building understanding. Beyond our individual dinner tables, such a “glass half-full” approach to difference could help create shared identities that transcend the societal boundaries we’ve inherited from our upbringing, our culture, and our history.

The notion of “toleration” itself has a long history we should mind, because it doesn’t bode well for the present if we continue to operate within its framework.

Historically, religious toleration represented a simple détente, a lessening of religious tensions lest they erupt into outright physical conflict. In France, when Henry of Navarre decreed Christian toleration the law of the land, he did so to maintain decorum between French Protestants, known as Huguenots, and Catholics. Essentially declaring that each Christian sect would refrain for interfering in the worship of the other, his Edict did little to heal the divisions plaguing French society. With each sect assuming the other was patently wrong and destined for hell, the Edict merely hit pause on a century-long conflict until violence once again flared up when Henry’s grandson Louis XIV revoked the Edict one hundred years later.

It’s been nearly four centuries since then, with advancements made in virtually all aspects of human society, and yet we still hear “toleration” set as a goal in popular discourse. Setting our sights on toleration, or the notion that we should simply tolerate one another’s differences and refrain from outright persecution, sets the bar dangerously low. Instead of dismantling prejudice, misconceptions and inter-religious frustrations, it places them on the back burner, where they eventually boil over, resulting in political turmoil and societal upheaval.

Looking at society today, it is apparent that “toleration” has not healed society’s divisiveness, just as it didn’t in Henry of Navarre’s time. The pernicious myths and misunderstandings surrounding religious and philosophical difference are legion: islamophobia has regrettably become a hallmark of public discourse in the United States that has spurred attacks against mosques and practitioners; anti-Semitic hate crimes abound in the United States and abroad, with our own campus seeing Swastikas drawn in university dorms and buildings; the term “atheist” continues to be taboo in polite company, with studies showing that atheists are considered one of the most “distrusted” groups in America; and “Know Nothing” conspiracies about the pope and secret Christian cabals continue to buttress anti-immigrant sentiment in American politics.[1] The gulfs between religious and philosophical positions may even widen when the best we hope for is to tolerate one another’s differences, because doing so allows prejudices to fester as individuals retreat to the sanctuary of like-minded folks and seek to avoid those they’ve deemed “the Other.”

When they do occur, discussions of religion focus too heavily on difference, namely around cosmological descriptions of why the world exists instead of what to do within it. Listening to the numerous debates one might find on YouTube imparts the impression that the rifts between atheists and Christians, between Jews and Muslims, and between Christians and Muslims, are insurmountable. But they need not be, for these philosophical positions agree on far more than they disagree; it’s just that we tend to focus on the glass being 1% empty instead of 99% full.

I would contend that it is essential, as we confront the problems raised by the Campus Climate Survey, to find points of convergence between the various philosophies and religions to which our society and campus community subscribe, to move “beyond” toleration to a place of reconciliation. To do so, I would propose that we focus on where members of various religious and philosophical positions agree, and the most logical starting point would be from the pragmatic place of human-centered ethics.

“Beyond Toleration” starts that conversation, and we’d welcome you to participate. Please join us in the Wells Fargo Auditorium on October 23 from 6 to 8 p.m. to talk about religion in polite company.

(Editor’s Note: Christopher M. Church is an assistant professor of history specializing in disasters, digital history, and civil unrest. His award-winning book, Paradise Destroyed, examines the social, economic, and political impact of disasters in the French Caribbean, and his current project, “Hacking Society,” recuperates the story of those left behind and cast aside by the growth of modern, globalized capitalism.) 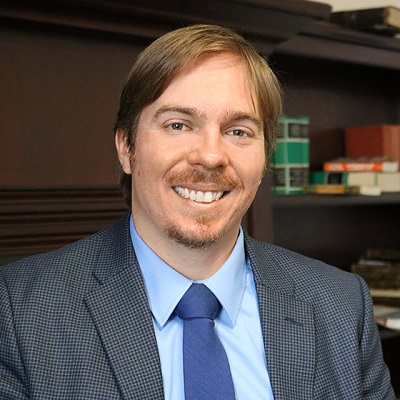