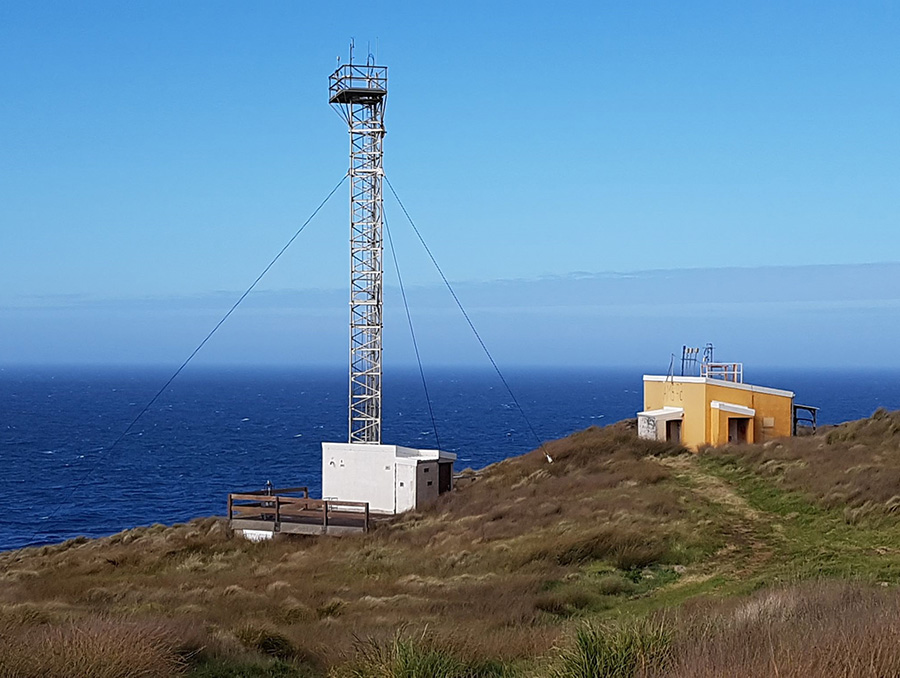 New research from the University of Nevada, Reno, is expected to play an important role in the global battle against airborne mercury pollution, a serious health threat to people and wildlife alike.

The researchers have verified that new technologies, including some developed at the University, measure airborne mercury pollution far more accurately than the older systems that have been in widespread use for decades. In fact, the researchers found the older technology undermeasures mercury concentrations by as much as 80%.

The work was led by two researchers in the University’s College of Agriculture, Biotechnology & Natural Resources, Sarrah Dunham-Cheatham and Mae Gustin. Dunham-Cheatham is a research assistant professor and director of the Core Analytical Laboratory, a research facility at the University jointly operated by the College’s Experiment Station unit and the USDA Agricultural Research Service. Gustin is a professor of environmental geochemistry in the College’s Department of Natural Resources & Environmental Science. Both conduct research as part of the College’s Experiment Station unit.

Seth Lyman, a researcher and associate professor at Utah State University who completed his doctoral studies in environmental sciences at the University of Nevada, Reno, is the third author of the research published this month in the peer-reviewed journal Science of the Total Environment.

The threat of mercury pollution is so great that 139 nations have signed the Minamata Convention on Mercury, a decade-long initiative by the United Nations to reduce mercury emissions. Mercury can cause serious neurological damage and other health effects. Infants and unborn children are especially at risk.

“Every time anyone takes a breath, they’re breathing in mercury,” says Dunham-Cheatham, as she explains how mercury that enters the atmosphere from small-scale gold mining, coal-burning power plants, cement manufacturers and other industrial operations is carried worldwide.

As mercury is carried through the air, it’s deposited into soil and water, where it enters the food chain. Mercury-contaminated fish pose a health risk to humans. So does mercury-contaminated rice. High levels of mercury concentration affect the reproduction of birds and other wildlife and take a silent death toll.

Despite well-documented knowledge of the environmental risks, lack of accurate technology to measure airborne mercury pollution has hampered efforts to set global standards to reduce the threat.

Gustin says she began raising questions more than 15 years ago in the scientific community about the accuracy of measurements of airborne mercury produced by the then-existing technology. Her questions met strong resistance from scientists who had made significant investments — both financial and professional — in the older measurement systems that had been in use since the mid-1990s.

But as evidence pointing to the shortcomings of earlier systems has accumulated, Gustin says a growing consensus of researchers came to believe a more accurate measurement technology is required.

In 2013, Gustin and Jiaoyan Huang — at the time, a post-doctoral student at the University and now a member of the air quality group with Sonoma Technology — began a decade of work to develop an alternate new technology.

“It takes a lot of work to change dogma and form a new paradigm,” Gustin says.

The researchers tested four air-sampling systems that use newer measurement technology, along with one of the older devices, for a full year at the University’s Valley Road Greenhouse Complex, part of the Experiment Station. In the paper published this month, researchers report that the newer systems, which rely on nylon or polyethersulfone membranes to capture airborne mercury, are much more accurate than older systems. One version of the technology used in two of the new systems that were tested was developed by the team led by Gustin at the University of Nevada, Reno; the technology used in the two other new systems was developed at Utah State University.

The research was funded by a National Science Foundation grant.

Now, Gustin says researchers are fine-tuning the materials used to create the membranes used in the new measurement systems.

“Membranes are easy to collect and analyze and are easily deployed,” she says. “This would be a viable method for many researchers.

"The new membrane samplers have been deployed for testing at more than a dozen locations across the world — from Peavine Peak outside Reno to Svalbard in far-northern Norway, and from Amsterdam Island in the Indian Ocean to the shores of the Great Salt Lake in Utah — to gather further information in collaboration with international scientists.

“This is how science evolves,” says Gustin. “You develop something and, if it’s good, others try it and get on board.”

Dunham-Cheatham and Gustin have received $30,000 from the NSF to hold a workshop on campus this October where about 30 international scientists who are working on the measurement of airborne mercury will gather to discuss their findings and chart a course forward.