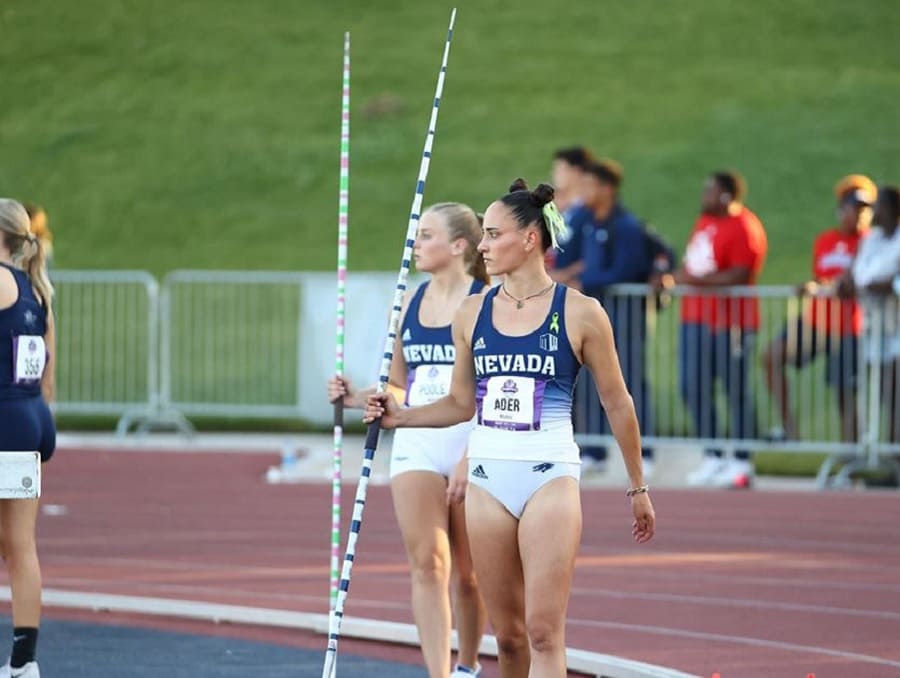 Nevada Women's Track & Field wrapped up one of its top performances at the Mountain West Championships in program history Saturday night, racking up 71 points and seven medals on the day.

The banner day lifted the Pack to a fourth-place finish at the meet with 91 team points. The fourth-place standing matches the Pack's 2017 and 2019 finishes as the highest in the program's Mountain West history (since 2013), and the 91 points are its second-most at the Mountain West Championships, just a point and a half behind the 92.5 totaled in 2017.

Overall, Nevada's athletes captured nine medals at the meet: one gold, four silver, and four bronze. The efforts were highlighted by senior Nicola Ader being named the Women's Most Outstanding Performer of the Meet. She finished the meet with four medals total (one gold, two silver, one bronze).

Ader captured the Pack's first, and only, gold medal of the meet Saturday, topping the field in High Jump with a top mark of 1.76 meters. The mark just edged teammate Iesha Hamm, who claimed silver with a top jump of 1.73 meters.

Ader's gold was one of her three medals on the night, as she took silver in Javelin Throw at 44.33 meters and grabbed bronze in the 100 Hurdles with a time of 13.95.

On top of the seven medal efforts, Nevada had six additional top-eight finishes which brought valuable points to the Pack's team total.

The day started with the 4x100 relay team of Lillian Gregg, Costello, Sarah Marske, and Carolyn Ross taking fifth, and earning four points, with a time of 46.55.

Up next was Triple Jump, in which Rayven Nealey headed up a Pack trio with a sixth-place finish, notching a top jump of 12.29 meters. She was followed by Maria Milani in eighth place at 12.15 meters, with Gabby Fraser just edged out of the top eight, finishing ninth with a longest jump of 12.11 meters.

Isabelle Steerman earned the Pack four points in Javelin Throw, taking fifth with a top throw of 42.80 meters. Overall, Ader, Poole, and Steerman combined for 18 points with their top-five finishes in the event.

Ross finished sixth in the 400 Hurdles final, clocking a time of 1:00.17 and earning the Pack three points.

Ross then anchored on the Pack's 4x400 relay along with Gregg, Costello, and Kylie Burton which took sixth, setting a school record time of 3:43.38. The time beat the previous mark of 3:43.95 set by Lauren Green, Costello, Karoline Sauer, and Eliza McCall in 2019.