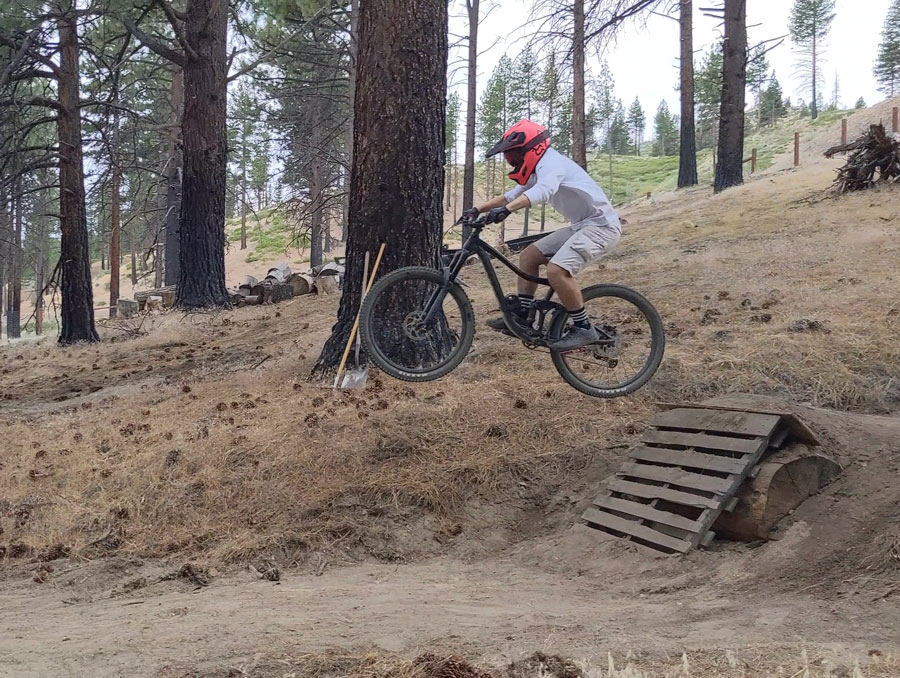 What's your role on campus?

How long have you been riding a bike?

I've been able to ride a bike since I was five. However, I was exposed to competitive cycling in 2019 as a senior in high school, when I joined the local mountain biking club. In the one season I did the NICA league, I was hooked on the sport. Since then I've been obsessed with enduro mountain biking and road cycling, and through my job at a local bike shop (Giant Reno-Sparks) I've learned a lot about the sport of cycling.

What's the most fun you've ever had on a bike?

This summer, a few of my friends and I built a short downhill bike track on residential property in Washoe Valley, Nevada. We spent 15+ hours sculpting dirt and building a four-foot jump at the end. All the work we put into a 15-second-long trail was well worth it when we were finally able to send it! It may have only been three turns, but the few moments of feeling weightless and the confidence boost on sticking the landing were incredibly rewarding. That feeling beats any race by far.

What's great about bike commuting to the University of Nevada, Reno?

Biking around UNR is a quick and fun way to get where you need to be. Late for class? No more running a half mile. With all the hills on campus, a bike makes the climbs uphill more of a short challenge than a grueling trudge. Biking around campus is also great for me mentally because it takes my mind off of classwork and forces me to think about riding and being aware of my surroundings. Around UNR, the scenery makes for an enjoyable ride in itself.

We want to hear your bike story! Share with us and you could be featured as one of our Wolves on Wheels cyclists!