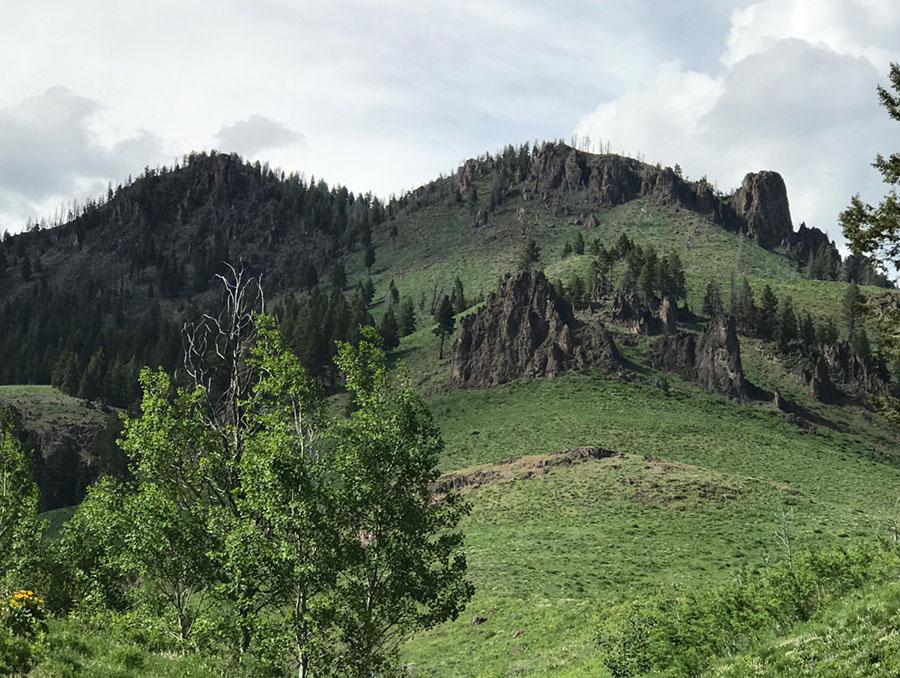 Researchers attempting to help predict how the wildfire hazard will change due to various factors over the next several decades have some good news, and some bad news. Good news is, wildfire occurrence and intensity will likely decrease in several locations in the future. The bad news: decreases may not occur for another 50 years, and wildfire hazard will likely get worse before it gets better.

“There are so many factors that we need to consider and better understand if we want to predict how the frequency, size and intensity of wildfires will change over time,” said Erin Hanan, a University of Nevada, Reno researcher with the University’s Experiment Station and an assistant professor in the College of Agriculture, Biotechnology & Natural Resources. “Our two studies looked at how changes in temperature, rainfall, and atmospheric carbon dioxide may interact with and influence plant growth, turnover and decomposition, and how those processes in turn affect fuel loading and fuel moisture in different plant communities, which are two key factors driving wildfire regimes in the West.”

Hanan is coauthor on the two related journal articles about the research. She is the lead author of the first article, in the Journal of Advances in Modeling Earth Systems, that focuses on how plants may decompose, or break down (think composting), under different climate scenarios, thus affecting the fuel load, or amount of litter on the ground that can burn.

“Many of the decomposition algorithms in models that have come from small experiments and specific locations just aren’t going to be accurate all the time,” Hanan said. “Accumulation of fine fuels and the rate at which those fuels or plant parts break down is highly sensitive to several factors, such as temperature and rainfall. That’s what this research verified. So, unless we get better at estimating fuel load, or accumulation, and decomposition of fine fuels under different climate scenarios, it is going to be very difficult to build accurate models predicting future wildfire regimes.”

Ren, Hanan and other researchers integrated climate data from complex General Circulation Models, with data from a representative semi-arid watershed in central Idaho, Trail Creek, which is characterized by cold, wet winters and warm, dry summers. Elevations in the watershed range from 1,760 to 3,478 meters, creating several different plant communities – grasses, shrubs, forests, mixed vegetation, and areas with little vegetation at all.

The article detailing the research, published in Earth’s Future for which Ren is the lead author, contains various detailed graphs modeling probable fire regime outcomes for various plant communities. Outcomes were highly influenced by these observations:

“We found that these effects can sometimes work together to create a synergistic effect, or they can counteract each other, based on different scenarios,” Ren said. “In a nutshell, our models project:

Ren and Hanan noted that within each of the major plant communities – grasslands, shrubs, forests – results were quite consistent, adding validity to the findings.

“Across the grasslands we modeled, the change in warming didn’t matter nearly as much as the fuel loading,” Ren said. “It’s was pretty much entirely dependent on fuel loading, which makes sense. The grasslands in this area will always die and dry out. That’s their cycle. For the grasslands, it’s all about how much fuel you have to burn.”

Conversely, Ren noted that changes in fuel aridity and fuel loading both heavily influenced the wildfire predictions for areas dominated by shrubs and areas dominated by trees. But, both Hanan and Ren stressed that much more research is needed to make the models even more reliable.

“This is really just a start,” Hanan said. “And, the further out the predictions get, the less reliable they become, naturally. We are hoping to do more research on decomposition, and to expand the research we did up at Trail Creek to other watersheds, and improve the models, and scale them over larger areas. What we really hope is that all this stimulates more integrated research and modeling, and gets people talking. For a long time, the fire community and the biogeochemistry community weren’t necessarily talking. I think that’s starting to change. We’re seeing that it’s really important to think about, talk about, and quantify all these different factors as multidisciplinary teams.”