Brings extensive experience in hydrological sciences to DOE’s review board 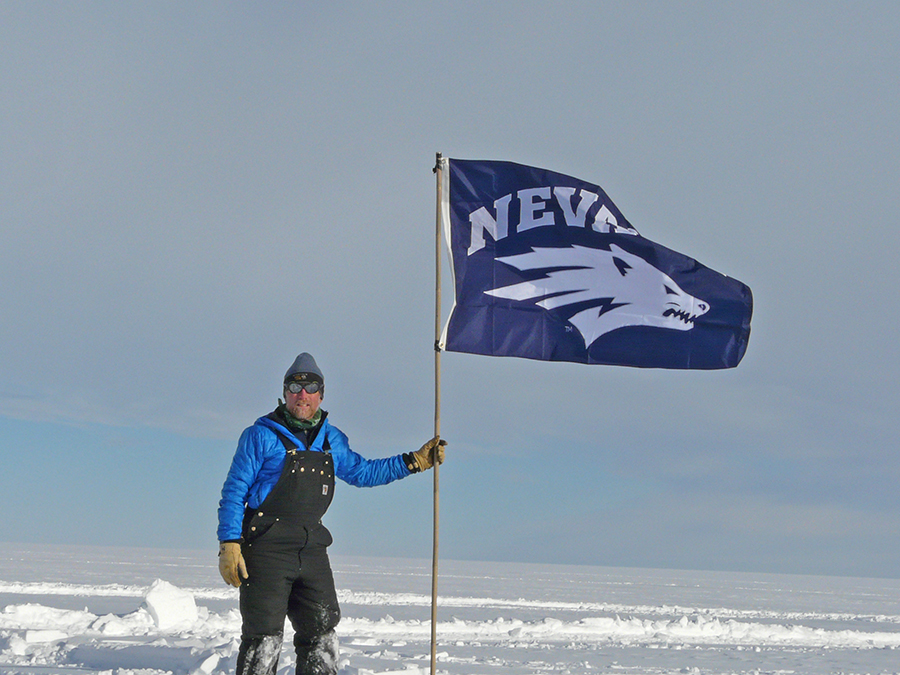 Brings extensive experience in hydrological sciences to DOE’s review board

Scott W. Tyler, professor of hydrology at the University of Nevada, Reno, has been appointed by President Joe Biden to serve on the U.S. Nuclear Waste Technical Review Board, where he will provide technical and scientific peer review of the U.S. Department of Energy’s nuclear waste management activities.

“It is a tremendous honor to be asked to serve the administration and the U.S. Government to address the issues of nuclear waste, both from our civilian reactors as well as our legacies from the Cold War and the nuclear arms race,” Tyler, a Foundation Professor in the Department of Geological Sciences and Engineering in the College of Science, said. “I have worked on issues of nuclear waste from the earliest days of my career, beginning with the clean-up of 1950s era uranium mine wastes to nuclear testing at the Nevada Test Site and finally Yucca Mountain.”

Tyler has worked extensively in the areas of radioactive waste fate and transport in the subsurface environment, including reconstruction of  modern and paleo-groundwater recharge through the thick unsaturated zones at the Nevada Test Site, related to radionuclide migration from nuclear weapons testing and from low-level radioactive waste disposal.

“While the long-term disposal of the nation’s radioactive waste is still uncertain, I am hoping that I can bring my expertise in engineering and hydrology to address on-going issues, such as the management of defense waste here in Nevada as well as in surrounding states such as Idaho and Washington and also the development of interim storage facilities for spent nuclear fuel currently stored at power reactors around the country,” he said.

The Review Board is made up of engineers and scientists covering all aspects of the nuclear fuel cycle, from reactor design to long term waste characteristic.

“I am trained in both mechanical engineering as well as hydrogeology, and as such, can communicate fairly well across disciplines,” he said. “Our role, providing review to the Department of Energy’s nuclear waste programs, will require knowledge across a wide range of issues and technology. And having experience working in Nevada and the Hanford site in Washington gives me a great perspective on the hydrologic and geologic issues of nuclear waste management.”

Tyler has almost 40 years of hydrologic experience with the Nevada System of Higher Education, first joining the Desert Research Institute in 1983. He completed his doctorate in hydrology and hydrogeology at the University of Nevada, Reno in 1990 and joined the University faculty in 1995. In 2000, he was appointed program director of the University’s Graduate Program of Hydrologic Sciences, where he served until 2005 and again in 2016-2018. He received the University’s Foundation Professor Award in 2012. He is also the co-director of the National Science Foundation supported Centers for Transformative Environmental Monitoring Programs Community User Facility, a facility focusing on the development of innovative environmental sensing systems.

Tyler, and five other fellow new board members, were nominated by the National Academies of Science, Engineering and Medicine. Board members serve part time and are appointed by the President from a list of nominees submitted by the National Academy of Sciences. Nominees are selected solely on the basis of their expertise and eminence in technical and scientific disciplines relevant to the Board’s mandate.

The U.S. Nuclear Waste Technical Review Board, an independent federal agency in the executive branch of the U.S. Federal Government. It was created by Congress in the Nuclear Waste Policy Amendments Act of 1987. The Board is charged with evaluating the technical and scientific validity of activities undertaken by the Secretary of Energy to manage and dispose of the nation’s spent nuclear fuel and high-level radioactive waste. The Board reports its findings and recommendations to Congress and the Secretary of Energy. More information on the Board can be found on its website: www.nwtrb.gov.