Facilities Supervisor Troy Morris is a valued member of the Wolf Pack community and has a hand in nearly every event that takes place on campus. 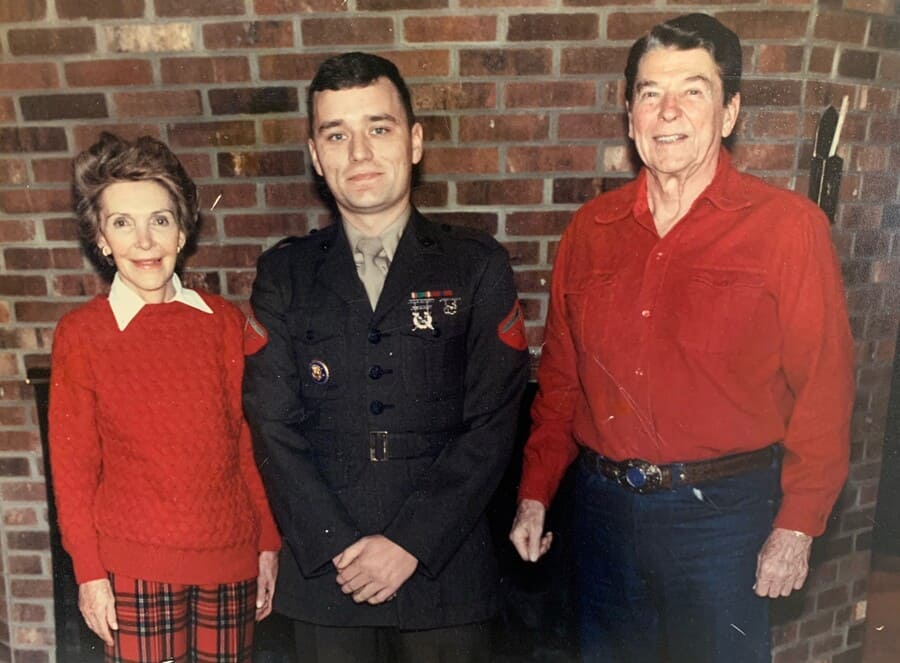 Facilities Supervisor Troy Morris is a valued member of the Wolf Pack community and has a hand in nearly every event that takes place on campus.

Troy Morris is the Employee Veteran of the Month for the State of Nevada for March 2022. Morris is a Facilities supervisor at the University of Nevada, Reno and has been working in the department for the past seven years. On active duty from 1984 to 1988 in the United States Marine Corps, Morris’ training made him a perfect fit for the University. Today, he is a valued member of the Wolf Pack community and has a hand in nearly every event that takes place on campus.

“There were many other times during my service that bring back great memories,” Morris said. “It was an honor to serve in that capacity.”

When Morris first began his career at the University, he started as a temporary worker in trash and recycling and repairing light fixtures around the University’s campus. However, through consistent hard work and dedication, Morris has worked his way up to his current position, facilities supervisor. Because of his avionics experience from his time serving in the USMC, University Facilities hired Morris to work on the lighting fixtures around campus.

“In that time, he has established himself as a trusted and valued member of our department,” Morris’ supervisor Mikael Carver said.

Now, Morris currently supervises the lighting and moving crews on campus. He is also the Facilities supervisor overseeing commencement each year.

As a Facilities Supervisor I, Troy is responsible for supervising the trash and recycle team, the lighting team, and the moving team. One of his many tasks as a Facilities Supervisor over the moving team is to support most events on campus, in addition, he also plays a major role in preparing classrooms for instruction each semester. With the transition back to in-person learning for University students, Morris, with his team, made sure each classroom had the assigned furniture and replaced any broken or missing furniture prior to in-person instruction. He was also responsible for installing hand sanitizer dispensers and hand wipe stations in every classroom and entryway with only three weeks' notice. Morris provided students and instructors with critical safety supplies required for in-class instruction.

“If there is an event on campus, Troy usually is involved to some degree,” Carver said.

In May 2021, when commencement was moved from its normal location on the quad to Mackay Stadium, Morris and his team had to move quickly to develop and organize commencement in a venue in which commencement has not been held at in recent history. During the process, Morris worked tirelessly, practically camping at Mackay stadium for three weeks. The event was a tremendous success, and Morris and his team played a pivotal role in making everything happen.

The NevadaFit opening ceremony was another event that Morris and his team were responsible for. This year, all freshman and transfer students were required to attend NevadaFit. The opening ceremony, which was in Mackay stadium, was established to kick off the week for the first time this year. The following week included many different events in most areas and departments on campus. These changes brought new challenges Morris would have to address and plan for.

“He was up to the task. He handled the new format like a pro, solving many issues that came up before and during NevadaFit opening week,” Carver said.

“I love the interaction I have with the different departments within Facilities and the University,” Morris said. “In my job I have the opportunity to help others throughout the campus. From all the events, football tailgates, presidential functions, NOW week, Jazz Festival and many others, I get a great sense of accomplishment when I can help others achieve their goals.”