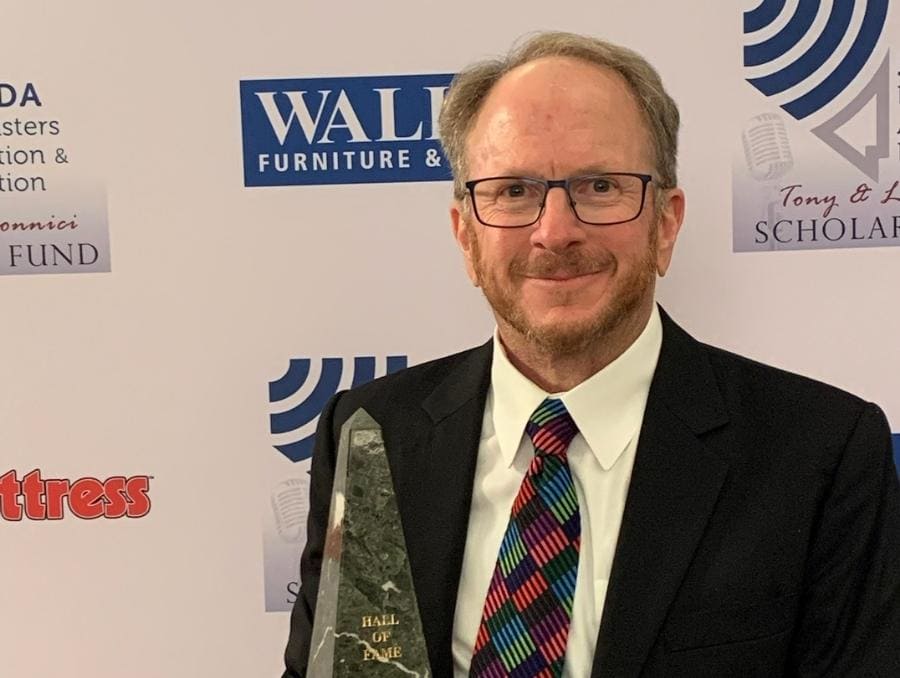 Reynolds School of Journalism Dean Alan Stavitsky was honored during the Nevada Broadcasters Association’s 26th annual Hall of Fame Gala in Las Vegas last Saturday. Stavitsky, the journalism school’s longest-serving dean, was inducted into the association’s Hall of Fame in recognition of his dedicated career in the broadcasting industry.

The NVBA Hall of Fame was established in 1996 to recognize longevity and distinction among the state’s broadcasters who have worked in the industry for a minimum of 20 years.

"Dean Stavitsky's induction into the Nevada Broadcasting Association Hall of Fame speaks to his distinguished career in broadcasting and his commitment to journalistic excellence in Nevada,” University of Nevada, Reno Executive Vice President and Provost Jeff Thompson said. “I'm delighted that he received this well-deserved honor."

Stavitsky’s broadcasting career dates back more than 40 years, beginning as a high school student in New Jersey. He worked professionally in radio and television in Wisconsin and Ohio before earning his doctorate at The Ohio State University. Throughout his career, Stavitsky also served as a station board member and as an industry consultant, including writing an ethics guide for the U.S. public radio system, publishing policy papers for the Corporation for Public Broadcasting and helping Finland’s national broadcaster launch a new digital radio channel.

In addition to serving as Reynolds School dean for the past decade, Stavitsky has remained active in the broadcasting industry by overseeing the University of Nevada, Reno’s public radio stations: KUNR, KNCJ and KNCC in Elko. He also holds the position of Distinguished Scholar to the Library of Congress for radio history and serves on the Nevada Broadcasters Foundation Board of Directors.