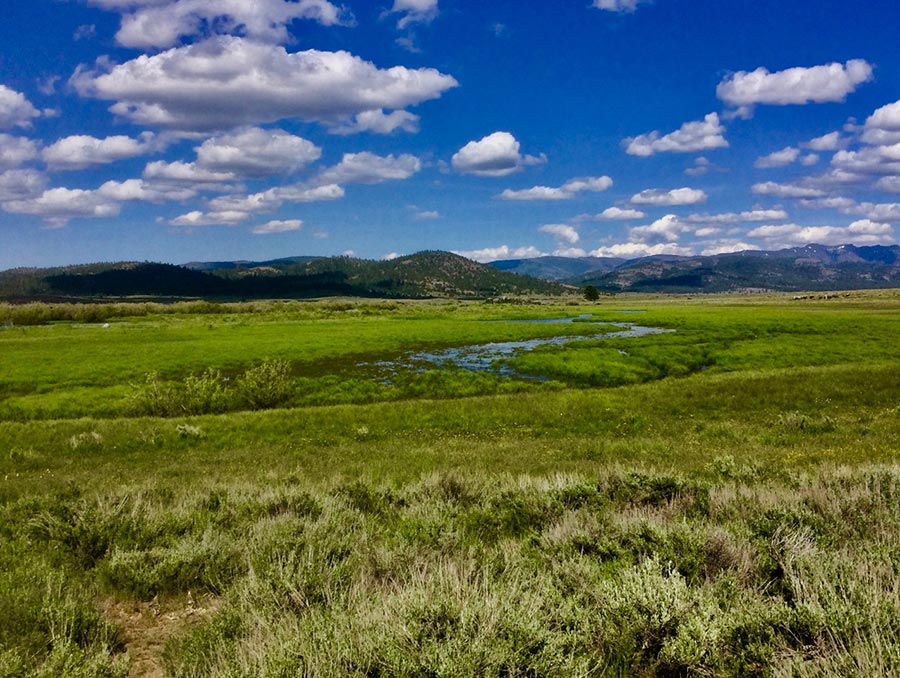 Restoration efforts in montane meadows designed to increase late-season water flows, improve water quality, diminish flood events and provide valuable habitat have been ongoing for decades in the Sierra Nevada. It has been known that, generally, healthy meadows also soak up and hold carbon in the soil, becoming natural “sinks” for carbon, and decreasing harmful atmospheric carbon dioxide. However, how much carbon restored meadows can sequester and for how long they can consistently do so has been unclear, until now.

A new study recently published in the scientific journal Ecological Applications and led by researchers in the College of Agriculture, Biotechnology & Natural Resources at the University of Nevada, Reno, has demonstrated that restored Sierra Nevada meadows continue to successfully sequester carbon for more than 20 years, and at rates that exceed international climate change mitigation goals by up to 10 times. The researchers studied six meadows in the northern Sierra Nevada that were restored at different times over the past 22 years to measure changes in carbon and nitrogen in the soil following restoration. They also compared the amounts of carbon and nitrogen in the restored meadows to the amounts of carbon and nitrogen in unrestored meadows, to ensure changes weren’t due to other factors.

“Carbon stocks and fluxes in montane meadows are large, which can create a lot of noise in the data from year to year,” explained Postdoctoral Scholar and lead author of the study Cody Reed, who conducts research as part of the College’s Department of Natural Resources & Environmental Science and Experiment Station unit. “The benefit of this study design is that it allowed us to integrate the annual variation and measure long-term trends in carbon sequestration.”

Soil carbon sequestration is an important component of global carbon capture and storage strategies designed to counter rising global emissions. And, while meadows in the Sierra Nevada range cover less than 2% of the land surface area, past research shows they may contain 12%–31% of total soil carbon stocks. Restoration efforts that replenish lost soil carbon can help combat climate change while improving ecosystem function.

In addition, the authors of the study suggest soil carbon gained as a result of meadow restoration is likely more stable than carbon stored in trees, as trees are vulnerable to wildfire, drought and disease. The nitrogen that accumulates in soil also means less nitrogen polluting rivers downstream and more productive vegetation in the meadow.

“Our research shows meadow restoration can play a lasting role in carbon and nitrogen storage,” said Associate Professor Ben Sullivan, co-author of the study who served as Reed’s doctoral advisor and who is also director of the University’s Soil Ecology Lab. “Meadow restoration improves ecosystem functions. The benefits start quickly after restoration and appear to continue for decades.”

Sullivan explains that restoration of degraded meadows helps increase plant growth and root biomass, and results in increased storage of nitrogen and carbon in the soil. Increased soil carbon and nitrogen improves soil fertility, plant productivity and forage quality, while keeping nutrients on site that might otherwise pollute water supplies and contribute to harmful global emissions into the atmosphere.

The study’s authors, comprised of scientists from Nevada and California, including the University of California Merced, as well as the University of Nevada, Reno, state that carbon gains in restored meadows may exceed international climate change mitigation goals up to ten-fold, partly because degraded meadows may be losing substantial carbon. Reed and Sullivan note that healthy meadows may sequester carbon at even greater rates than restored ones, highlighting the need to maintain healthy meadow functions before they degrade and require restoration.