Eugene Park will serve as the institute’s first deputy director 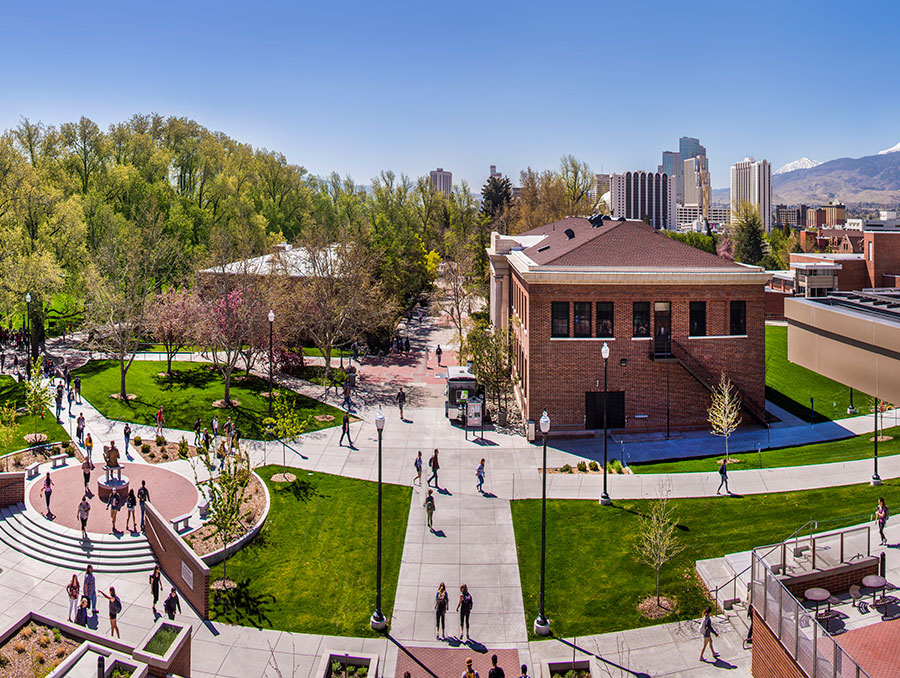 Eugene Park will serve as the institute’s first deputy director

The Ozmen Institute for Global Studies at the University of Nevada, Reno announces its new Deputy Director, Eugene Park. As the Rick and Cathy Trachok Endowed Chair in International Studies and Professor of History in the College of Liberal Arts, Eugene Park has considerable international presence. His research focuses on Korean perspectives on politics and culture. Park also translates Korean monographs. As Deputy Director, Park will represent the institute in formal activities when the director is unavailable.

The deputy director position is a brand-new addition to the institute’s staff. As part of Park’s deputy director responsibilities, he will create a core-Asia-focused working group that promotes interdisciplinary scholarly activities and proposals for funding. Some of these responsibilities will include facilitating meetings associated with the working group to develop additional scholarly activities across campus.

“First, it makes concrete a stipulation that the holder of the Rick and Cathy Trachok Endowed Chair in International Studies should serve the Institute in some fashion. Second, as an East Asian specialist and former director of a Korean studies program, Professor Park will bring a vision and network of connections to the leadership of the institute that will complement and extend the vision of the Director, Sudeep Chandra.

“In short, Professor Park’s appointment as deputy director will help to drive the institute’s international reach and reputation, and I am very grateful and excited that he has agreed to take on this critical role,” Moddelmog said.

Park also will facilitate workshops, seminars and symposia on Asia-focused topics to bring opportunities for learning and engagement with members of the University and local community. Finally, Park will be tasked with working with the director to develop funding initiatives and other resources to support broader institute programming.

“My role is to assist the director with crafting and implementing his vision for the Ozmen Institute. Given my expertise, I am also serving as a contact person for the Institute's engagement with the members of the university community whose work involves East Asia,” Park said.

Park is a historian of East Asia, especially Korean politics and society since the 14th century. After studying at UCLA and Harvard, Park completed a postdoc fellowship with the Council on East Asian Studies at Yale in 2000 and has held faculty appointments at the University of California, Irvine, the University of Pennsylvania, and the University of Nevada, Reno since 2020.

In addition, Park is the author of four books; the most recent published in 2018, “A Genealogy of Dissent: The Progeny of Fallen Royals in Chosŏn Korea.” He is currently pursuing several research projects, including a translation, Kim Ingeol, “Politics of Public Opinion in Korea: Local Councils and People’s Assemblies, 1567–1894.”