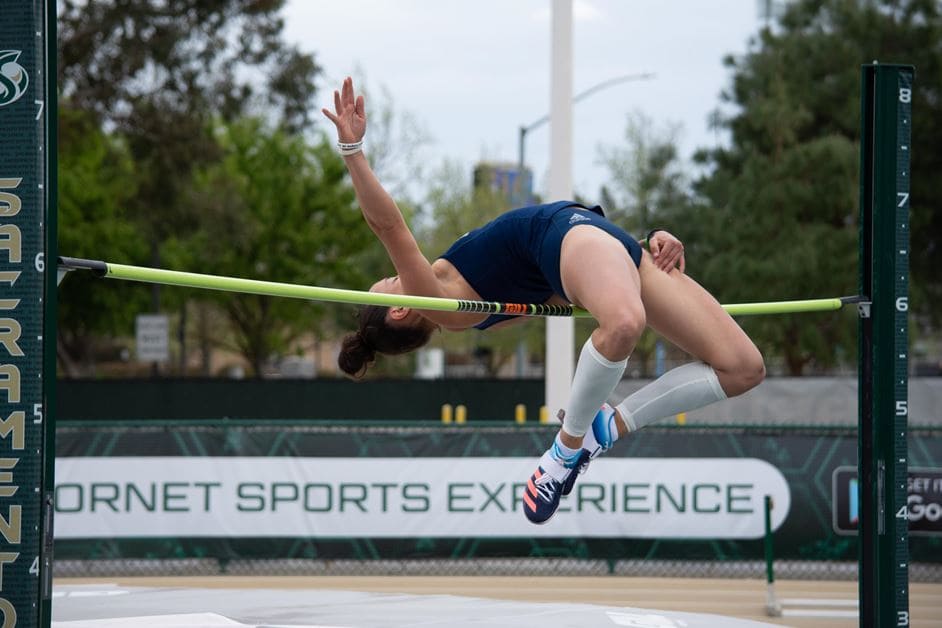 After a successful meet in Sacramento, senior Nicola Ader has been named Mountain West Field Athlete of the Week.

Ader would earn this honor with her first place finish in the high jump. The mark of 1.75m that was set at the Hornet Invitational currently ranks first in the MW and also is 15th out of all athletes in NCAA Division one.

That wasn't all for Ader, as she would go on to win another event during the Invitational. The senior finished on top during the 100m hurdles with her time of 14.02. The time also ranks at the top of the MW conference, making this two events that Ader ranks first in.

During this season, Ader also ranks in the top-10 in the conference for the javelin with her mark of 39.95m. This mark was earned during the Aggie Open.

Ader and the Wolf Pack team will look forward to a long weekend of competition during the Aztec Invitational that starts on Friday.