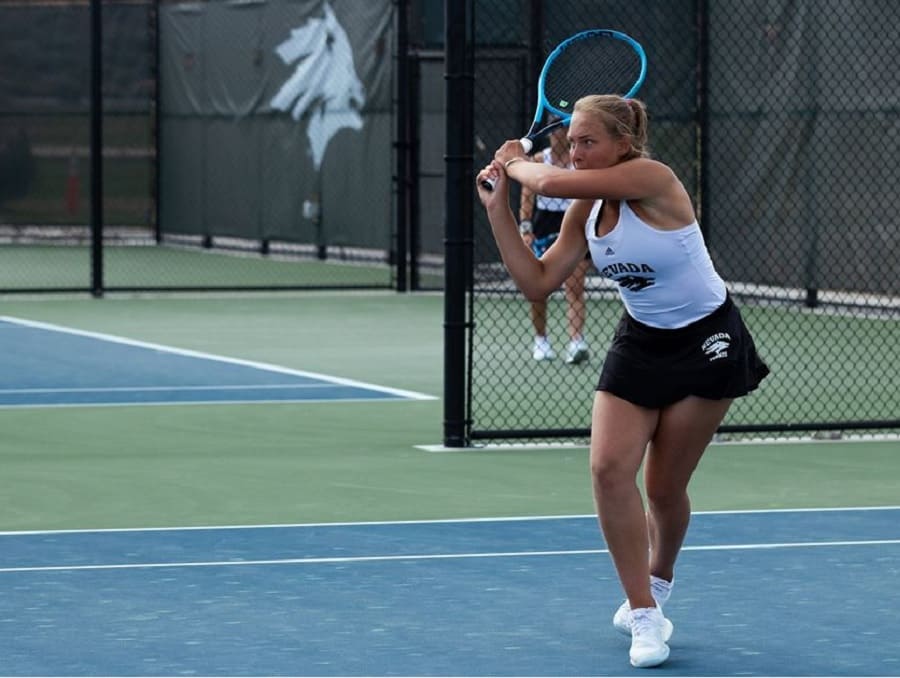 Luneva was also named Nevada's Wolf Pack Athlete of the Week, for her performance.

Luneva won all four of her matches over the Pack's dual victories at Biola University and UC Riverside. In doubles play, she teamed with Milka Genkova at No. 1 to claim a pair of 6-2 victories, each of which claimed the doubles point for the Pack.

In Friday's 5-2 victory at Biola, Luneva also grabbed a 4-6, 6-3, 6-4 victory over Emery Colbeyshae at No. 1 singles to claim a second point for the Pack. The next day, at UC Riverside, the Moscow, Russia, native rolled to a 6-1, 6-2 victory at No. 1 over Mahli Silpachai to pick up a second Wolf Pack point.

Campino, a mid-year addition for the Pack, made an immediate impact in her collegiate debut. The Ovar, Portugal, native also went 4-0 for the weekend, with two victories at No. 2 doubles with Selina Turulja, and a pair of singles wins at the No. 3 position.

Campino and Turulja captured the first doubles match in each of the Pack's duals, and did not drop a single game, picking up two 6-0 victories. In singles play, Campino rolled to a 6-1, 6-0 victory over Lilly McNeill at Biola, and followed with another straight-sets win, 6-3, 6-4, over Natalie Shamma the next day at UC Riverside.