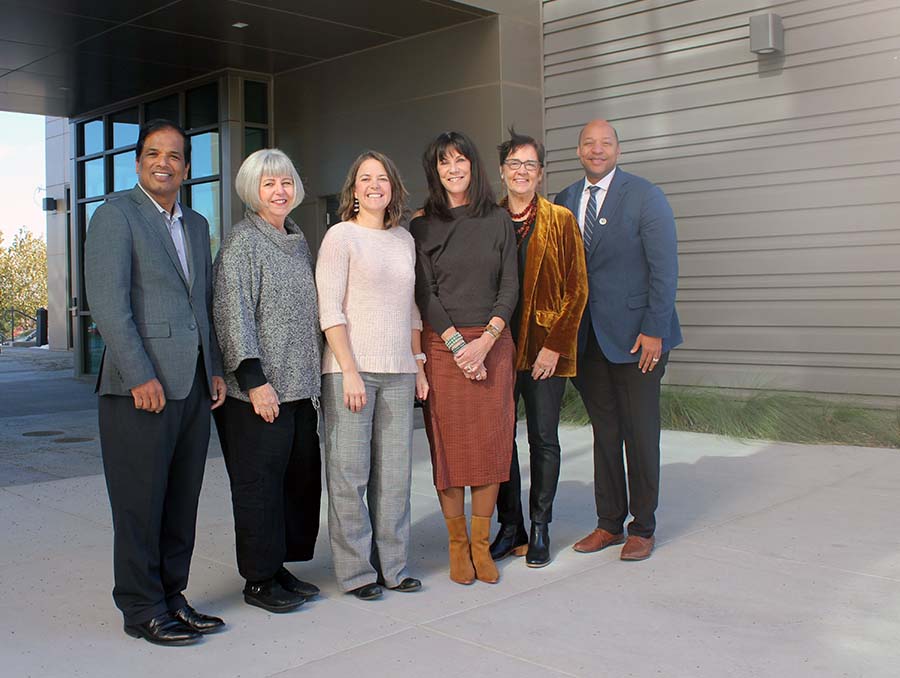 University alum Ernest McKenzie ’43 (civil engineering) had a fondness for Nevada that continues to be realized through the work of the foundation he established before his death in 2002.

The professorship honors McKenzie, who founded McKenzie Construction in 1953 and built or renovated many of the state’s most iconic structures, including the restoration of the Nevada State Capitol and the construction of the Fleischmann Planetarium. He had a special interest in earthquake engineering, according to Kim Colton, McKenzie’s daughter and a foundation trustee.

Earthquake engineering is Ryan’s area of focus within Civil Engineering.

Her research primarily is in seismic isolation and advanced seismic protection. Ryan also is the director of the Civil & Environmental Engineering (CEE) Department’s Graduate Assistantship in Areas of National Need (GAANN) program. One of her top projects is the Natural Hazards Engineering Research Infrastructure (NHERI) TallWood project, which is nearing the end of constructing a 10-story mass timber building on the University of California, San Diego outdoor shake table that will be shaken early in 2023.

While the professorship was announced in the summer, the meeting was the first between Ryan, Colton and McKenzie trustees Gail Cram and Patricia Bronson. Ryan was able to show the trustees the Earthquake Engineering Laboratory, home of three biaxial shake tables and a six-degree-of-freedom table.

“This is what my father would have loved,” Colton said, while viewing the lab.