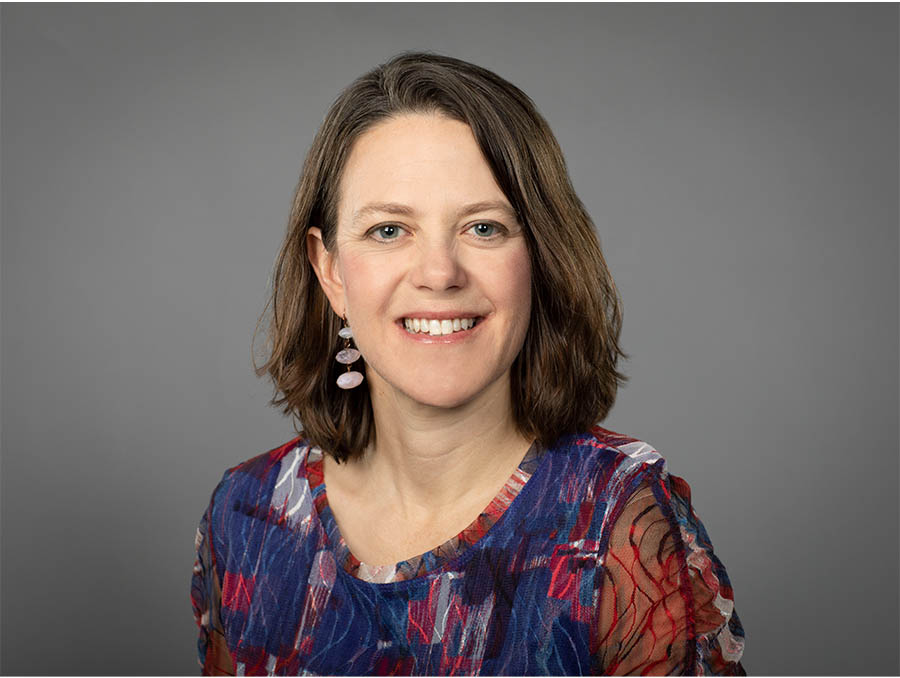 Keri Ryan has been named the E.W. McKenzie Foundation Professor, an honor that will support the civil engineering professor’s groundbreaking research on seismic isolation and advanced seismic protection.

“I am honored to be awarded the professorship, especially because I have not had other major recognition of my work,” Ryan said. “I want to be clear, all faculty work extremely hard in a demanding environment that expects so much from us. I have great respect for all my colleagues in the CEE (Civil & Environmental Engineering) Department.”

The McKenzie Foundation established the professorship in 2019 to honor University alum Ernest W. McKenzie. After graduating in 1943 with a degree in civil engineering, he founded McKenzie Construction in 1953, a company still in business today. Before his death in 2002, McKenzie established his foundation to support charitable causes in the community. Daughter Kim Colton, one of the McKenzie Foundation trustees, noted that her father had a special interest in earthquake engineering.

“He would be extremely pleased to learn that the inaugural recipient of the endowed professorship granted in his name is Keri Ryan,” Colton said.

Excellence in seismic research and teaching

Ryan joined the University in 2010, after six years as an assistant professor at Utah State University. She earned her B.S. and Ph.D. degrees from California Institute of Technology and the University of California, Berkeley, respectively. Her contributions to the field of seismic research are recorded in the many papers she has published in such journals as the American Society of Civil Engineer’s (ASCE) Journal of Structural Engineering and Earthquake Engineering and Structural Dynamics.

In 2019, she became the program director for the CEE Department’s Graduate Assistantship in Areas of National Need (GAANN) program. Ryan brought the federal program to the University after securing a $750,000 grant from the U.S. Department of Education to establish GAANN Fellowships here.

One of Ryan’s top projects is the Natural Hazards Engineering Research Infrastructure (NHERI) TallWood project, a long-term effort that is nearing an inflexion point. Funded by the National Science Foundation and begun in 2016, NHERI TallWood project will culminate in a shake table test of a 10-story mass timber building at the University of California, San Diego outdoor shake table facility. Construction of the building is ongoing, with the shaking program expected to happen in late 2022 and early 2023.

“We have been in an intense planning and preparation phase for the test for more than two years now,” Ryan said, “and it is finally getting off the ground.”

Ryan is one of four lead investigators for the 10-story shake test. The collaborative test program involves more than 50 participants, including faculty from several universities, students, design professionals and industry suppliers: Ryan is coordinating research testing of nonstructural elements — those elements within a building that are not considered to be part of the structural systems.

Ultimately, the main objective of NHERI TallWood is to prove the effectiveness of a new lateral resisting system for tall timber structures in seismic zones using post-tensioned rocking walls built from mass timber panels. Eventually, code requirements would be developed and implemented for the system. Improving the response of nonstructural components – Ryan’s focus – enhances the benefit of what can be learned from the test.

“The NHERI TallWood project is definitely a top focus, and three of my four Ph.D. students are working on it,” Ryan said.

Advancing the field of seismic isolation

Much of Ryan’s research concerns the field of seismic isolation, a technique for protecting buildings, bridges and civil infrastructure by installing flexible isolation devices, such as friction pendulum bearings, at the base to absorb the energy of an earthquake. Ryan’s recent work in this area includes a project to evaluate the effects of water, ice and dirt contamination on friction pendulum bearings. Sponsored by the Alaska Department of Transportation and Public Facilities — which uses friction pendulum bearings in many of its bridges— the testing was completed in January by Ryan and one of her graduate students.

“We are finding that fortunately, the ice does break free immediately and the bearing moves freely after that,” Ryan said about the project. “We hypothesize that the ice breakaway force is a function of the volume of ice in the bearing and the temperature. Careful synthesis of the data will help confirm this hypothesis.”

Another major project that led to advances in the field was a collaborative test between the United States and Japan that conducted shake table testing of a full-scale building with and without seismic isolation. The test was one task in a larger project intended to overcome some of the barriers to the adoption of seismic isolation.

Because earlier, small-scale tests of seismic isolation technology had positive outcomes, Ryan’s test — which was done on a full-scale steel frame building that included realistic floor slabs, suspended ceilings, partition walls and sprinkler piping — was expected to be a grand demonstration of proof-of-concept.

Instead, they made a discovery.

“We were completely surprised to observe significant damage to the ceilings and piping system,” Ryan said about the test. “We showed that the damage was correlated specifically to vertical shaking. The acceleration at the shake table was amplified significantly in the flexible floor slabs, and the seismic isolation devices only mitigated the response in the horizontal direction.”

That observation — one among others that came out of the test — has led to a new commentary section in the ASCE 7 guidelines for seismic isolation that discusses the influence of vertical shaking and how to properly account for it in design and analysis. Ryan has been invited to speak about the topic at an upcoming meeting of the International Association for the Seismic Performance of Non-Structural Elements (SPONSE), a group of leading researchers in this area.

As reported in the 2020 winter issue of Nevada Silver & Blue magazine, Ernest McKenzie’s fondness for the people of Nevada and his desire to make sure that others had access to opportunities that he didn’t as a young person led him to establish the E.W. McKenzie Foundation. The McKenzie professorship, supported by the McKenzie Foundation, ensures that his legacy lives on at the University in perpetuity.

“I also interpret the professorship as an acknowledgement of my balanced contributions to research, teaching and service,” Ryan said. “I have tried to focus on quality in everything that I do.”