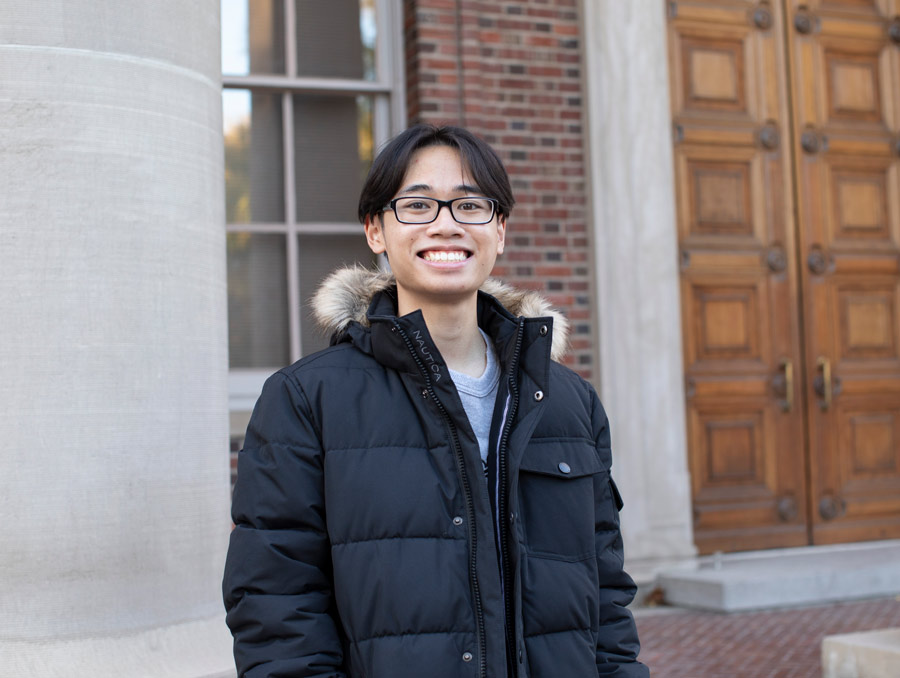 Jonathan Taasan is a junior majoring in biomedical engineering. Taasan is in the first cohort of Maximizing Access to Research Careers (MARC) Nevada students, which aims to increase diversity in the biomedical sciences and supports students in applying to and transitioning into research-focused higher degree programs. He hopes his research will help those who suffer from ageing-related diseases like members of his own family.

Taasan has worked in biology professor Thomas Kidd’s research lab for a little over a year. Despite being a biomedical engineering student, he found that Kidd’s work more closely aligned with his interests.

During his freshman year, Taasan was required to interview a professor for one of his Honors classes. He reached out to Kidd, who after the conversation brought Taasan into his research group.

Taasan is generally interested in help damaged cells start working again. In his research, he’s been working to parse out how several genes that drive cell function relate to one another in the hearts of fruit flies. He recently presented that research at the Wolf Pack Discoveries symposium over the summer after receiving an Undergraduate Research Opportunities Program (UROP) grant.

“I’m pretty thankful I came [to the University of Nevada, Reno], because of the opportunities with the UROP and MARC.” Taasan said. He said that having the stipend MARC provides has helped take financial pressures off he and his family.

Taasan enjoys doing research, building the experiment and maintaining his own box of fruit flies.

Taasan said that years from now, when he is nearing the end of his career, he hopes to have lived comfortably to allow him to take care of his loved ones but also to have provided some sort of benefit to humanity.

“I wanted to do something that would pretty much allow me to live a comfortable life, but at the same time accomplish something academically, or like something that I would be proud to say I helped humanity in some way,” Taasan said. “Which is cheesy, right? But seeing my family, the people that used to take care of me get older and start to forget things, it’s like, ‘I don’t like this. I have the capacity to do something about it, so maybe I should.’”