The Mackay School honored donors, alumni, faculty and staff with a focus on celebrating the successes of students at the 2022 Mackay Banquet. 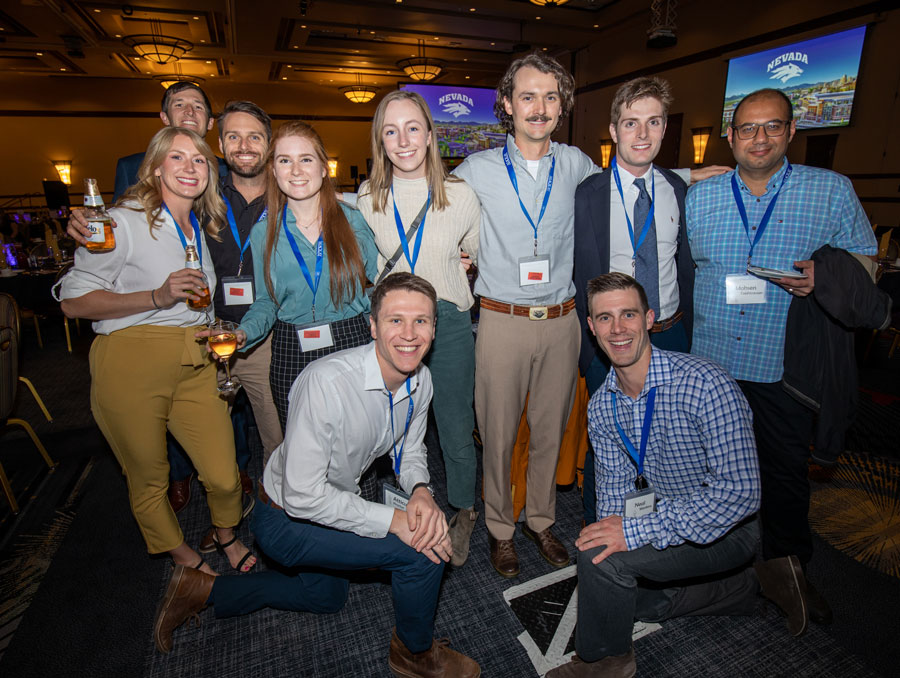 The Mackay School honored donors, alumni, faculty and staff with a focus on celebrating the successes of students at the 2022 Mackay Banquet.

On April 29, the 2022 John W. Mackay Banquet returned to the Silver Legacy Ballroom in downtown Reno after the in-person event’s two-year hiatus. The Mackay School honored donors, alumni, faculty and staff with a focus on celebrating the successes of students. The well-attended event hosted distinguished guests President Brian Sandoval and Executive Vice President and Provost Jeffrey Thompson among others. The life of long-time supporter and alumnus of the Mackay School, the late Sam Arentz III, was honored through a display of selected items gifted from the Arentz Family to the Mackay School and an acknowledgment by Mackay School Director Annie Huhta during the event program.

“Sam’s passion for the success of the Mackay School drove him to push all of us to do better, and we are better for it,” Huhta said. “His and his family’s passion for and dedication to the Mackay School will be remembered in the hearts and the minds of those who were blessed to know Sam. The Arentz Family Legacy will also continue to live on within the Arentz Student Center, a central hub for Mackay Students since its inception in 2013.”

The underwriting sponsor for the banquet was Nevada Gold Mines and attendees received commemorative Mackay School mugs, courtesy of a donation by Richard and Ann Marie Harris.

The following awards were presented.

The Vernon E. Scheid Award, named in honor of the dean of the Mackay School from 1951 to 1972, is presented to the student with the highest GPA upon completion of undergraduate studies in the Department of Geological Sciences and Engineering. This year’s awardee Nate Crummet consistently demonstrated his interest in applied research, whether measuring active Earth deformation associated with plate tectonics or learning more about electrical resistivity data acquisition and inversion.

Award recipient Milad Ghahramanieisalou’s research is focused primarily on finding innovative safety measures for the most dangerous hazard of open-pit mining – rockfall. He is also interested in transitioning his findings from academia to industry, making mining safer for both the mining industry and communities where mining is located.

The Watchman Award is given to an outstanding senior student by The Old Timers Club, a group conceived during the American Mining Congress Convention of 1938 in Cincinnati, Ohio. Nine leaders in the mining industry formed a group with the intent of improving the techniques of coal mining. The written purpose of the Old Timers Club was to “perpetuate friendships formed within the coal industry and to promote worthy activities directed toward the betterment of coal mining.”

Becerra grew up in Elko, Nevada where he will be spending this summer before starting his professional career as an Open Pit Engineer at Nevada Gold Mines. Becerra was a member of the John Mackay Club, a participant in SME/NSSGA Student Design Competition, a Westfall Scholar, and an ongoing member of the Dean’s list for college of science.

Outstanding Service to the Mackay School, Executive Committee of the Mackay Advisory Board

We need your name here.

Learn how a name can have an impact at the Mackay School and the College of Science.