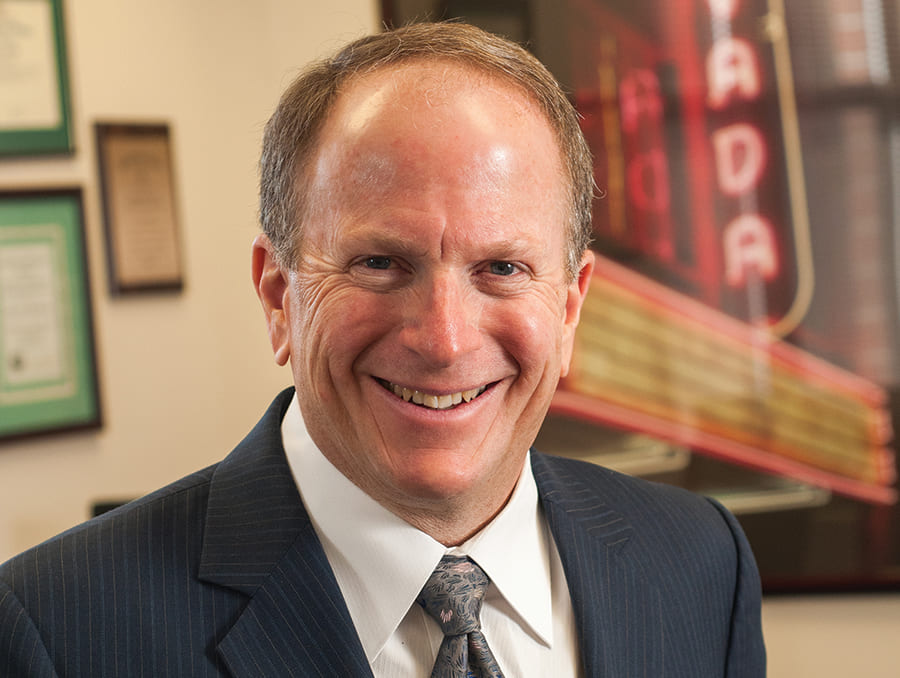 The Nevada Broadcasters Association (NVBA) has announced that Reynolds School of Journalism Dean Alan Stavitsky will be inducted into the association’s Hall of Fame as part of its Class of 2022. The NVBA established the Hall of Fame in 1996 to honor longevity and excellence among the state’s broadcasters.

In addition to serving as Reynolds School dean for the past decade, Stavitsky has remained active in the broadcasting industry by overseeing the University of Nevada, Reno’s public radio stations: KUNR, KNCJ and KNCC in Elko. He also holds the position of Distinguished Scholar to the Library of Congress for radio history and serves on the Nevada Broadcasters Foundation Board of Directors.

"Dr. Al Stavitsky's dedication to our industry is exemplified by his years as an actual radio and public television broadcaster and by his commitment to educating and mentoring the next generation of broadcasters," Nevada Broadcasters Association President and CEO Mitch Fox said. "As a Board member, Dean Stavitsky is also committed to the success of our foundation, which has awarded more than 200 scholarships in 11 years."

Stavitsky’s broadcasting career dates back 40 years, beginning as a high school student in New Jersey. He worked professionally in radio and television in Wisconsin and Ohio before earning his doctorate at Ohio State University. While an academic, Stavitsky contributed to the broadcasting industry as a station board member and as a consultant, including writing an ethics guide for the U.S. public radio system, publishing policy papers for the Corporation for Public Broadcasting and helping Finland’s national broadcaster launch a new digital radio channel.

“Broadcasting has been at the heart of my professional and academic life,” Stavitsky said. “That’s why this recognition from the Nevada Broadcasters Association is so meaningful to me. It’s an honor to join the distinguished individuals who have built our state’s industry in the Hall of Fame.”

Stavitsky will be inducted, along with others, in the Class of 2022 on October 15 at the association’s 26th annual Hall of Fame Gala in Las Vegas.