Celebrating the achievements of Colin Kaepernick 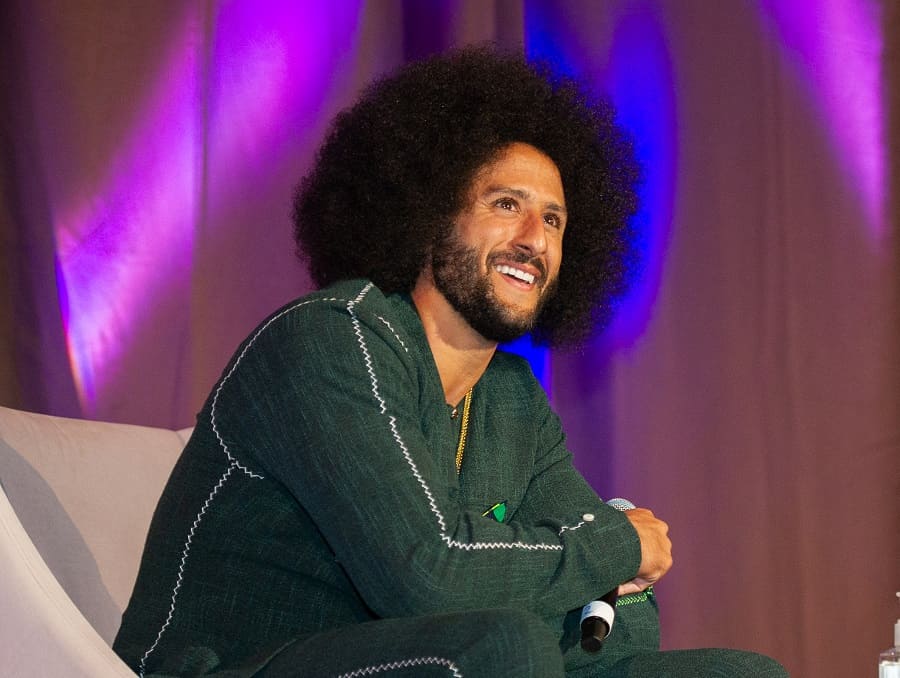 Celebrating the achievements of Colin Kaepernick

As we celebrate the achievements of the members of the Black/African-American community during Black History Month, we all should take a look at the career and life of University of Nevada, Reno graduate Colin Kaepernick.

Colin’s achievements in the service of a better society are at the heart of the Wolf Pack Way.

Colin’s life beyond football ... truly speaks to his values, his sense of justice and his dedication and his advocacy for human rights in the ongoing effort to realize equality for all people.

Colin’s record-setting career as a four-year starter at quarterback for the Wolf Pack established a standard of athletic excellence that few have ever seen in college football. He remains the only quarterback in college football history to pass for more than 10,000 yards and rush for more than 4,000 yards during his career. For his efforts, he was inducted into the Wolf Pack Hall of Fame.

And yet it is Colin’s life beyond football that truly speaks to his values, his sense of justice and his dedication and his advocacy for human rights in the ongoing effort to realize equality for all people.

We call out Colin’s example for the values that all of us should hold dear and in the work that we must all continue to do to realize a more inclusive, and just, society.

And we do this knowing full well that Colin’s work is a reminder that there have been others from the Wolf Pack who have made a profound difference.

Alva Tabor and Sherman Howard’s appearance in the Wolf Pack’s game in Oklahoma against Tulsa University in 1948 helped college football move beyond the Jim Crow laws of the time. Their appearance – and contributions to the Wolf Pack’s blowout victory over Tulsa – was historic in that they were the first Black players to compete against an otherwise white opponent in the state of Oklahoma.

Both Alva Tabor and Sherman Howard went on to become among the first black assistant coaches and scouts, respectively, in the NFL, once their playing careers had ended. Both men, too, had distinguished careers as educators. When Sherman Howard passed away in December 2019 at the age of 95, he was the last survivor of a group of players – led first by Marion Motley – who had reintegrated professional football.

Bill Bass, a running back on the Wolf Pack’s 1946 team that had cancelled its game at Mississippi State rather than comply with the Jim Crow segregation laws in Mississippi that barred Black participation in college games against white opponents, went on to become an all-star in the Canadian Football League, playing eight seasons. In 1948, Bill Bass became one of the first Black players to break the CFL’s color barrier. He was a leader and captained the Toronto Arognauts in 1950 and 1952 when the Argos won the CFL championship. His teammate on the ’46 Wolf Pack team, Horace Gillom, had served in the European Theater of World War II in the Battle of the Bulge and for his heroism was awarded three bronze stars. Horace Gillom would go on to become one of the NFL’s finest punters.

We commend and thank Colin Kaepernick for all that he is doing today.

We remember and thank those from our history who have also advanced equality and justice.

We encourage and await those who come next.