Join Nevada Football at Mackay Stadium for our annual Spring Game at 6 p.m. 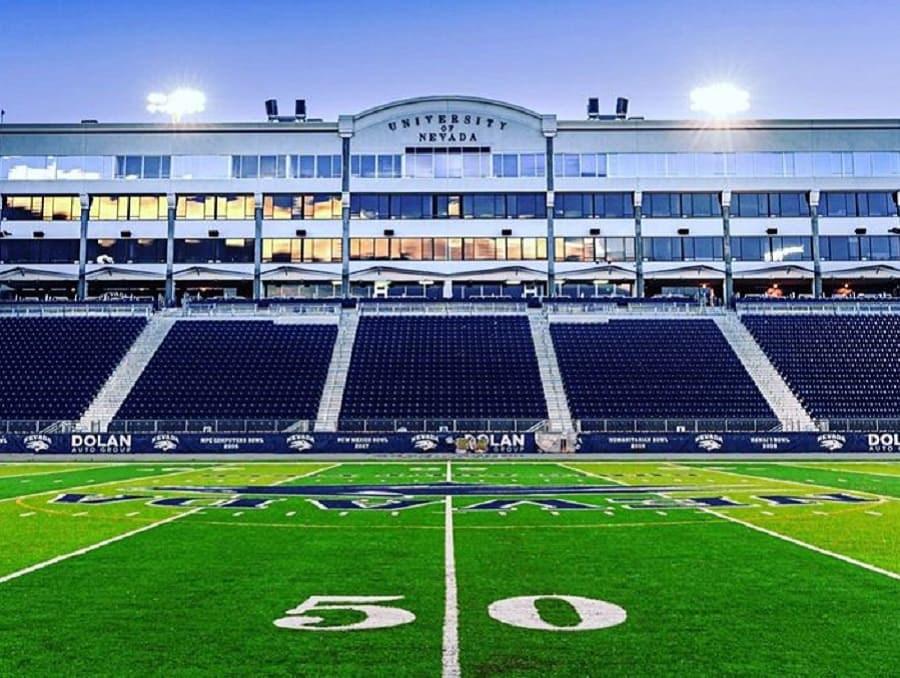 Join Nevada Football at Mackay Stadium for our annual Spring Game at 6 p.m.

The Nevada football team is set for the Battle Born Showdown, sponsored by River City Logistics, on April 23 at 6 p.m. inside Mackay Stadium. Here are the details that you need to know.

The Battle Born Showdown will be played at Mackay Stadium and will cap a Wolf Pack Weekend of activities at the University of Nevada. Admission and parking for tailgating are free in all lots all day Saturday. Tailgating spots are available on a first-come-first-serve basis.

"I think it will be a great chance for fans to come out and see the 2022 Nevada football team," said Head Coach Ken Wilson. "It should be a great time under the lights to see the start of a new season."

Coach Wilson continued. "It will be a big day for Nevada! We encourage fans to enjoy all the events of the day including a spring exhibition soccer game at 11 a.m. in Mackay Stadium, softball against New Mexico and men's tennis against San Diego State at noon, and the Battle Born Showdown at 6 p.m."

Nevada Athletics is partnering with Hot August Nights to bring the summer tradition to Mackay Stadium! Explore several classic cars in the tailgate lot of Jensen Plaza. The format of the spring game will be determined as we move closer to the game.

Prior to the beginning of the spring game, the festivities will begin at 2 p.m., with the sold-out Joel Bitonio and Austin Corbett youth football camp sponsored by Home Means Nevada, Co. The camp sold out in fewer than 24 hours, and registration spots are no longer available.

Fans will have an opportunity to take a photo with the Fremont Cannon during the game. Approximately 10 minutes following the game, post-game fireworks, sponsored by Baldinis, will light up the sky at Mackay Stadium.

For those who cannot attend in person, the Battle Born Showdown will be televised live on Nevada Sports Net and the Mountain West Network.

Season ticket renewals for the 2022 Nevada football season are on sale now here, or you can call 775-348-PACK. New season ticket deposits are being accepted.