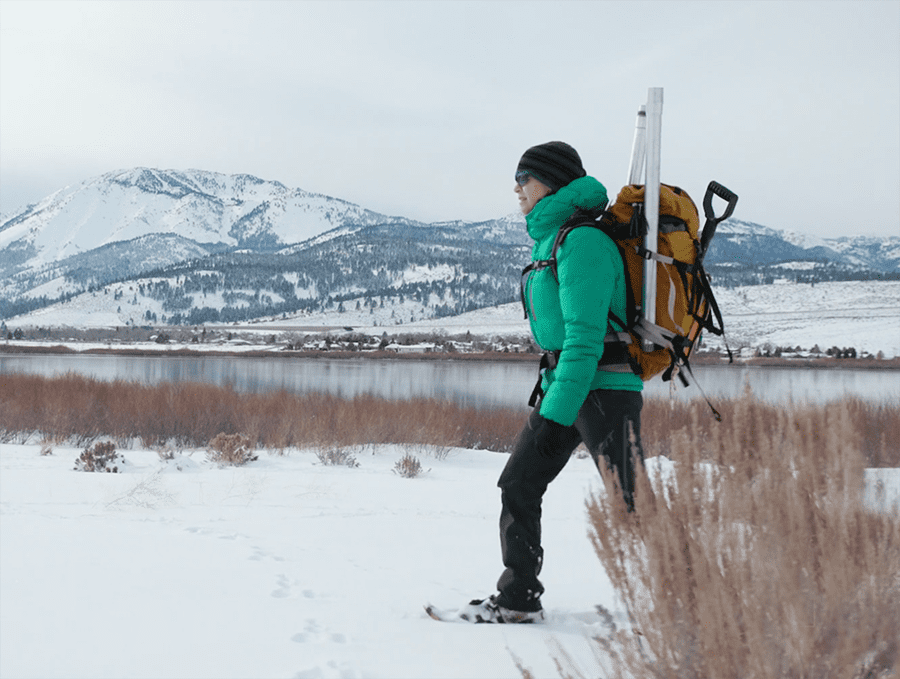 Anne Nolin, Director of the Graduate Program of Hydrological Sciences and a professor of geography at the University of Nevada, Reno's College of Science, was featured today on the CNN International television program "The Call to Earth" in a story about snow, climate change and wildfire. She is also included in a more detailed story on the CNN website.

The interview features Jeremy Jones of Protect Our Winters, a group to which Nolin provides up-to-date information on the science of climate change and its impacts. The CNN story,"Winter sports are on thin ice -- this snowboarder wants to preserve their future," examines how climate change is affecting the length of the snow season, the decline of snow cover and the effects of that on forests and wildfires – all topics of Nolin's research.

The four minute segment was broadcast three times today on the CNN International news program. The video is imbedded in the story on their website.

"Having CNN focus on the athlete-scientist partnership was a great way to more broadly communicate the immediate impacts of declining snowpacks due to climate change," Nolin said about the coverage. "I really appreciated being able to provide a clear, well-founded scientific message in partnership with winter athletes who can amplify the message that climate change is real and it’s hurting us. To me, the urgency is about taking action – and that we can use our combined voices to affect change at the policy level."

Nolin's research focuses on the interactions of climate with mountain snowpacks and glaciers, and mountains as social-ecological systems.

"There were other parts of the interview that couldn’t be included, such as understanding the cascading impacts and feedbacks between climate change, declining snowpacks, and wildfire," Nolin who has been a member of Protect Our Winters for over a decade and founded their Science Alliance, said. "However, given that the video was only four minutes long, I think they hit the most important issues."

In an article titled "Snowless Winters are Already Here" in The Atlantic magazine in December 2021 Nolin was quoted: "Lack of snow after wildfires could make it much harder for forests to recover. Snow matters after the fire in terms of facilitating or fostering the revegetation of the area... And with more precipitation falling as rain instead of snow, this could permanently alter the kind of vegetation that grows back, as well as the structure of the soils, which can lead to issues such as erosion."

In an article in the University's news site Nevada Today at the end of November, she explained that "Climate change has already increased the fraction of winter precipitation that falls as rain rather than snow, reduced the spring snow water equivalent – a metric for how much water snow contains – and caused snowmelt to begin earlier in the spring than it used to. Pacific Northwest snowpacks have seen the greatest declines of any seasonal snow region in the West."