Curation and leadership of The Lilley’s Director, Vivian Zavataro, has given a platform to Native American artists, both contemporary and historical 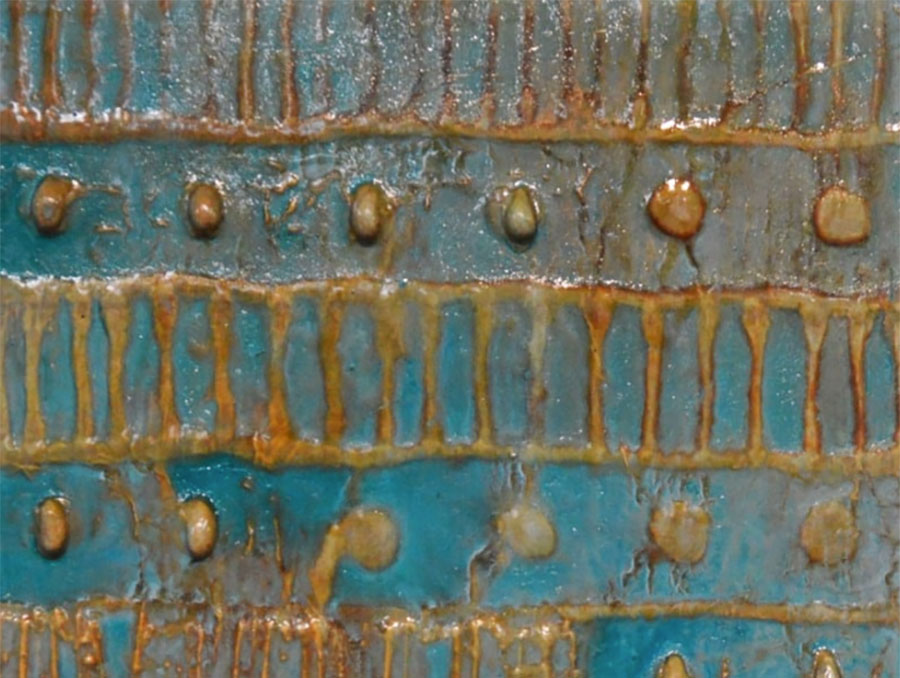 Curation and leadership of The Lilley’s Director, Vivian Zavataro, has given a platform to Native American artists, both contemporary and historical

Since its opening in 2019, the John and Geraldine Lilley Museum of Art at the University of Nevada, Reno has displayed a wide array of artifacts and art from Native American artists and origins. Every piece within the extensive collection has a colorful and diverse origin story.

The Native American art collection that is a part of the permanent collection at The Lilley Museum of Art includes a great variety of media, such as pottery, goods made from beads and buckskin, works on paper, paintings, photographs, woven basketry, textiles, and jewelry.

The diversification of the permanent collection has been one of the most paramount goals of Vivian Zavataro, Director and Chief Curator of the John and Geraldine Lilley Museum of Art. This push for diversification of the permanent collection has been defined by the effort to include the work of Queer, Womxn, Black, Indigenous, and People of Color, and is what defines the donations accepted and the works that are acquired by The Lilley. The careful curation of The Lilley’s permanent collection display and temporary exhibitions is what has defined the effort to include contemporary Native American art.

The Lilley’s permanent collection includes Native American art from artists and tribes that are local to the northern Nevada area and the greater Western United States. A current Native American contemporary artist with featured art in The Lilley current permanent collection display is Melissa Melero-Moose. Her work is the product of life as a Native woman in Northern Nevada. Melero-Moose was born in San Francisco, California, but was raised in Reno, Nevada. She is a Northern Paiute enrolled with the Fallon Paiute-Shoshone Tribe with ties to Fort Bidwell Paiute, California.

“My artworks consist of contemporary mixed media paintings of images inspired by the landscape and culture of the Numu (Northern Paiute) in Nevada, California and Oregon,” Melero-Moose said.

Great Basin Tribes, those that are local to Northern Nevada, are renowned for their intricate basketry that harkens back to traditional Native American basketry weaving practices. Melero-Moose describes basket weaving as an important cultural vein for Native tribes.

“The passing down of the basketry knowledge became very important as fewer and fewer basket makers were around to pass down their craft,” she said.

With the invasion, genocide, colonization and assimilation that was forced on Native tribes in the United States, basket weavers and basket weaving practices became scarcities. In this way, basket weaving not only became a means of remembrance of what Native Americans had lost at the hands of colonizers, but a commemoration of the strength and resilience of these tribes and their culture. The beaded and weaved baskets featured in The Lilley’s current permanent collection display, To Have and To Hold, are no exception.

“Beaded basketry grew in popularity and spread north from the Mono Lake and Yosemite areas,” Melero-Moose explained. “Beads were added to the baskets for special occasions and gift baskets, as well as basketry for sale.”

The adaption and the commitment of The Lilley, through Zavataro’s careful curation and leadership, has given a platform to Native American artists. November is Native American Heritage Month, a time to celebrate the culture and heritage of Native American’s, nationwide. Zavataro has created not only a space where art can be enjoyed, but an environment that fosters the growth and prosperity of diverse art and artists. Students can get involved with The Lilley through curatorial, research, registrar, preparator and administrative internships. Zavataro believes that fostering a teaching environment for students is one of The Lilley’s most notable features as a University museum.

The director and chief curator of the John and Geraldine Lilley Museum of Art at the University of Nevada, Reno is Vivian Zavataro. Zavataro has been working at The Lilley since August 2019. As Chief Curator and Director, Zavataro has placed emphasis on incorporating the works of BIPOC, women, and Queer artists in the museum's permanent collection and temporary exhibits. Her efforts to reflect the multiplicity of our society in museums emphasizes the inclusion of Indigenous art in The Lilley’s permanent collection.

Podcast: Vivian Zavataro wants her museum to better serve the community. An interview with Zavataro about the communities that museums have historically served and her efforts to diversify museum audiences.

The Lilley @Home: An article about the transition of the John and Geraldine Lilley Museum of Art at the University of Nevada, Reno being accessible online during the COIVD-19 pandemic.