Journalism dean named finalist for Administrator of the Year 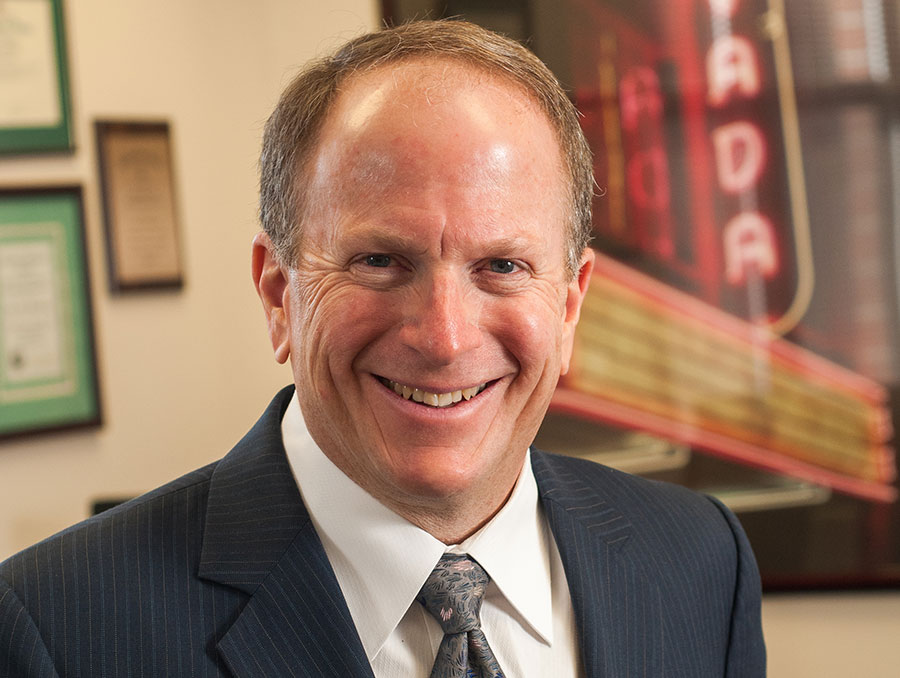 Journalism dean named finalist for Administrator of the Year

The Scripps Howard Foundation has announced that Reynolds School of Journalism Dean Alan Stavitsky is one of two finalists for Administrator of the Year in the 68th Scripps Howard Awards competition, which includes national honors in journalism and journalism education.

“The Reynolds School of Journalism has seen significant progress during Al Stavitsky’s tenure as dean. I cannot think of anyone more deserving of this honor than Al,” Dr. Jeff Thompson, University of Nevada, Reno’s acting executive vice president and provost, said.

Stavitsky currently serves as president-elect of the Association of Schools of Journalism and Mass Communication and holds the title of Distinguished Scholar for the Library of Congress’ Radio Preservation Task Force. He oversees the University’s public radio stations, KUNR and KNCJ.

The other finalist for the award is Lucy Dalglish, dean of the Philip Merrill College of Journalism at the University of Maryland. The winner of the award will be announced by the Scripps Howard Foundation virtually on April 21, 2021, through a live stream on Facebook and YouTube.

The residence hall has been receiving building updates since July 2019