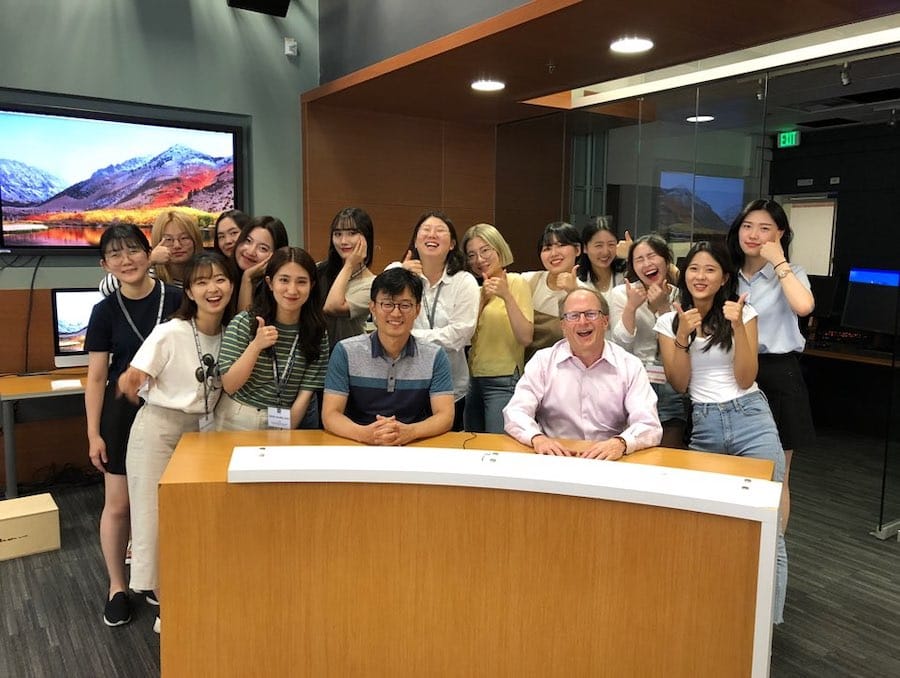 In past years, students traveled to Reno during the summer and learned different international and business reporting techniques. The course finished by taking a tour of some of the world’s largest technology companies like Google in San Francisco.

Due to the global pandemic, the course was moved from summer to winter and held entirely online. However, the unique scheduling worked out, Yun said, because the students could now cover a large event.

“After running the program, a couple of times, I thought, ‘There has to be something to take advantage of. Las Vegas has so many big conferences.’”

Yun considered different possibilities, ultimately choosing the CES (formerly known as the Consumer Electronics Show). The CES is a trade show specifically focusing on ground-breaking technology and is one of the largest electronics events in the world. Some of the technology shown in the past included the VCR, the XBOX and Blu-Ray DVDs.

“Students can learn a lot by covering the show. It’s a great opportunity for students in media-related majors because everything happens on-site,” Yun said. “It’s a fantastic experience for journalism as well as public relations and advertising.”

With the CES as the main topic for the course, Yun relied on another Reynolds School professor to add value for the students.

“Timing worked out very well. We just hired Claudia Cruz, who used to cover the CES for a long time. Everything lined up at the same time, and we made the decision. Let’s move it to January and cover the CES,” he said.

Even with a plan in place, Yun and his team faced challenges due to the current COVID-19 restrictions. The International Institute was limited to meeting virtually as a class and attending the CES virtually. The professors and students also dealt with a 17-hour time difference.

The professors came up with a solution, though. The students created news packages retroactively for the event, meaning they watched the event online and later reported on it from their homes. The students used pictures and video from the CES, adding their own voice-over and doing their own editing.

With the success of this winter’s event, Yun said the International Institute will continue to cover the CES yearly. He is also excited about the content that could be produced when the event returns to in-person.

“[In the future] when we can go there, we can send our students to each venue, and they can do interviews and create different types of content. Unlike now, where we are limited to the content that is provided by the CES.”

“What we’re trying to do is get our Reynolds School students to cover the CES alongside international students,” he said.