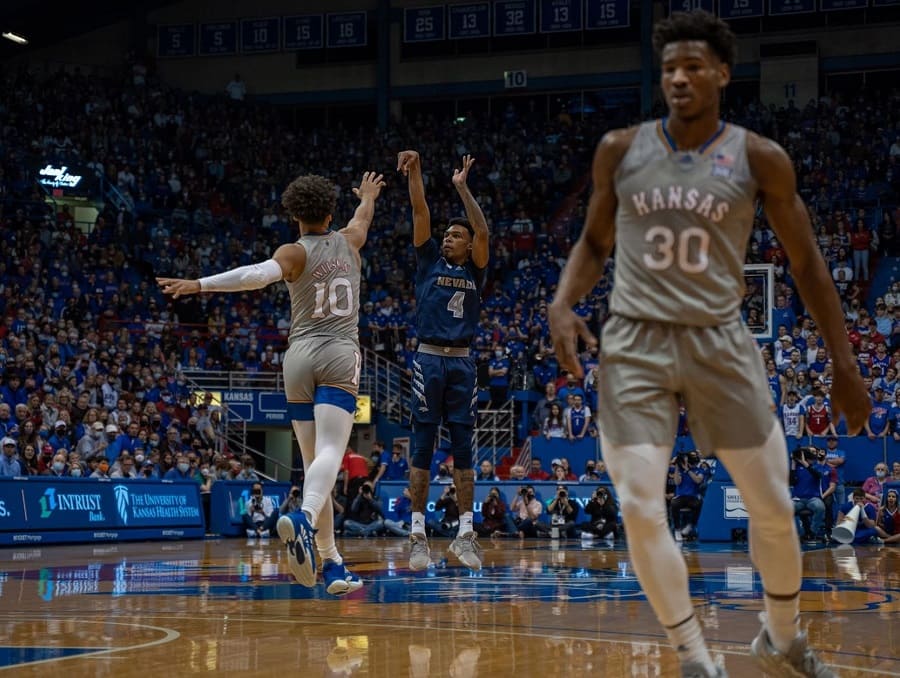 The Pack (6-5) was within six at 31-25 with two minutes left in the first half, before Kansas (10-1) scored eight-straight points to balloon its lead to 14. Christian Braun, who finished the night with a game-high 22 points, and Remy Martin hit triples to start the run, with it capped by a Ochai Agbaji dunk on the break.

Grant Sherfield hit a jumper with 2.6 seconds left to cut the halftime deficit to 12 at 39-27.

Nevada fought back from an early 12-3 hole, getting to within six at 19-13 after a jumper from Desmond Cambridge Jr. Cambridge Jr. and Sherfield scored Nevada's first 13 points of the game, and combined for 32 on the night, each finishing with 16.

Kansas would get its lead back to 13 before a Cambridge Jr. triple spurred a quick 7-0 Pack run that got the Pack back within six at 31-25.

But Kansas, which shot 53.8 percent on the night, continued its hot shooting after the break, hitting its first three attempts, capped by a three-point play from Dajuan Harris to make it 46-31.

The Pack returns home to host New Mexico Saturday at 6 p.m. in the Mountain West opener for both teams.