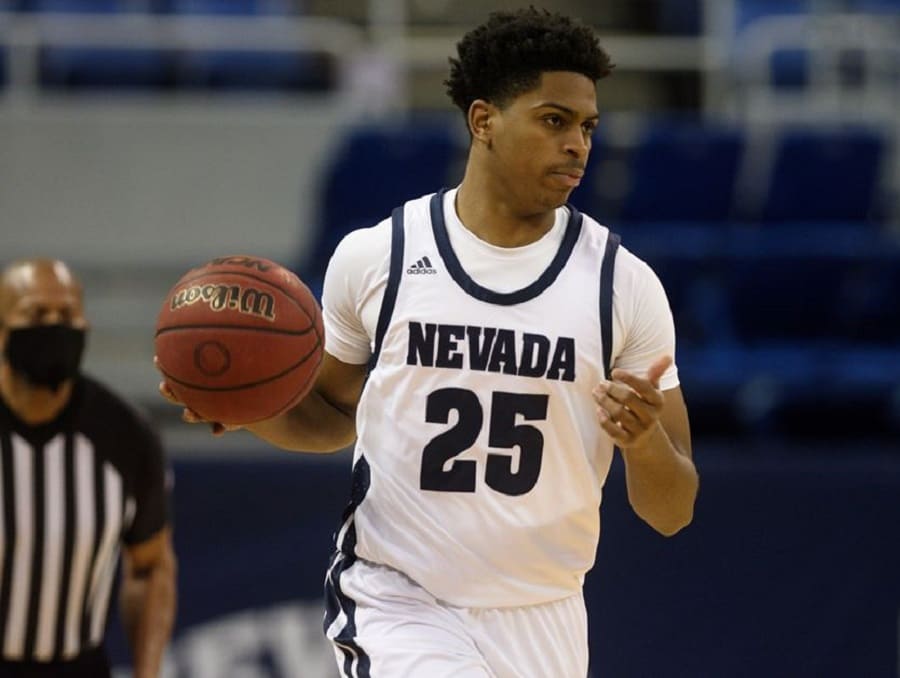 Nevada guard Grant Sherfield was voted the Mountain West Preseason Player of the Year, and to the five-player Preseason All-Mountain West Team, as the conference announced its list of honors ahead of the start of 2021-22 Media Days.

Nevada was tabbed to finish third in the conference for the upcoming season, receiving two first-place votes and a total of 189 points. All voting was done by media which covers the conference in each program's market.

Last season, Sherfield was named Mountain West Newcomer of the Year and to the All-Mountain West First Team after an outstanding debut campaign at Nevada. After earning immediate eligibility in the fall, following his transfer from Wichita State, Sherfield went on to post team-leading figures of 18.6 points, 6.08 assists, and 1.62 steals per game for the campaign, and, in Mountain West-only competition, lead the conference in scoring (18.2 ppg), assists (6.65 apg), assist-to-turnover ratio (2.51), free throws made (79), and free-throw percentage (88.8).

His campaign included three game-winning shots for the Wolf Pack in the final seconds of regulation, with two coming in Mountain West play (Feb. 5's 74-72 victory over Boise State, March 5's 85-82 win over Colorado State). The first was a 3-pointer in the final seconds of Nov. 26's 69-66 victory at Nebraska to clinch the Golden Window Classic title.

The Pack went 16-10 overall and 10-7 in Mountain West play last season, reaching the Mountain West Tournament semifinals. Nevada, which returns all five starters, including 2021 All-Mountain West Third Team selection in shooting guard Desmond Cambridge, Jr., who also earned all-district recognition from the NABC, while finishing the season with 16.3 points per game and a team-best 69 3-pointers. Also back are Warren Washington (10.0 ppg, 5.9 rpg in 2020-21) and K.J. Hymes (6.3 ppg, 22 blocks), along with starters Tré Coleman (5.0 ppg, 20 steals) and Daniel Foster (4.3 ppg, 48.6 FG pct. over 11 games).

A highly-anticipated group of newcomers to the Pack includes five-star recruit Will Baker, a seven-foot center transfer from Texas, along with transfers AJ Bramah (Robert Morris) and Kenan Blackshear (FAU).