The guide for getting girls involved in STEM 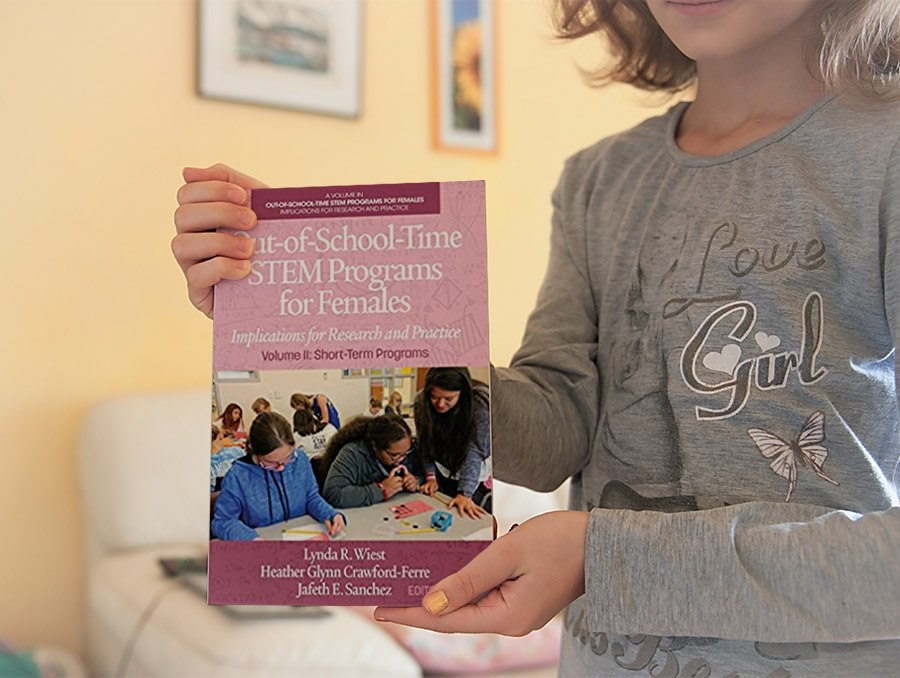 The guide for getting girls involved in STEM

Lynda Wiest, Heather Glynn Crawford-Ferre and Jafeth Sanchez have published Out-of-School-Time STEM Programs for Females, a book focusing on how programs outside the classroom can support young women on their path to a STEM (Science, Technology, Engineering and Math) career. The book’s chapters consist of a series of contributors who run successful and well-established out-of-school-time (OST) programs across the entire country.  OST programs consist of many forms of education but by definition are programs set outside of the regular school day, such as a summer camp or after-school program.

For the state of Nevada, where national standardized test scores have traditionally been low relative to the rest of the nation, with an influx of tech firms over the last few years OST STEM programs for females have a potential for an especially powerful local impact. However, the authors note that women in STEM have had significantly less access to the field compared to their male counterparts.

The authors, faculty members in the College of Education & Human Development, state that a greater female presence in the STEM field would generate more productivity and new ideas in the field, while opening access for a growing job market with good salaries for young women across the nation.

“Females only make up one-fourth of the computer and mathematical science careers,” Professor of Mathematics Education and Educational Equity, Lynda Wiest said. “The U.S. Bureau of Labor Statistics categorizes occupations into 22 broad categories, and the highest paying is math and computer sciences. It’s one of the fastest-growing, and females are only one-quarter of the employees. There are two things going on, and the other is that there could be more contributions to the world at large. I heard someone say once that the cure for cancer could be in the mind of a girl, and we might not get to it because we don’t have enough females working in these careers.”

“A lot of people will say that for education-oriented programs to be effective, they need to be long-term and sustained over time,” Wiest said. “While there is a lot of value in that, we learned that sometimes a one or two-day program can have an impact on the youth involved in the programs in a longer-term sense. We think that shorter-term programs can have an influence.”

The authors, all passionate about seeing more women in STEM, felt the book they were making filled a gap in knowledge that had been left completely unfilled up to this point. By publishing this series,           they hope that researchers, scholars and educators can examine and apply the research discussed in the book to improve their programs and the lives of their students.

“I hope that people will see that there is an investment in our females specifically as a targeted effort to support them toward their journeys in STEM because nearly every program mentioned that funding was a challenge,” Associate Professor of Educational Leadership, Jafeth Sanchez said. “Every program also contrasted that by saying that they had funding from donors or from nonprofits who were able to seek other means of support. The other part is to help others see that it doesn't require an extensive two-week overnight program to help create change. There are small efforts that individuals can do to help support the process.”