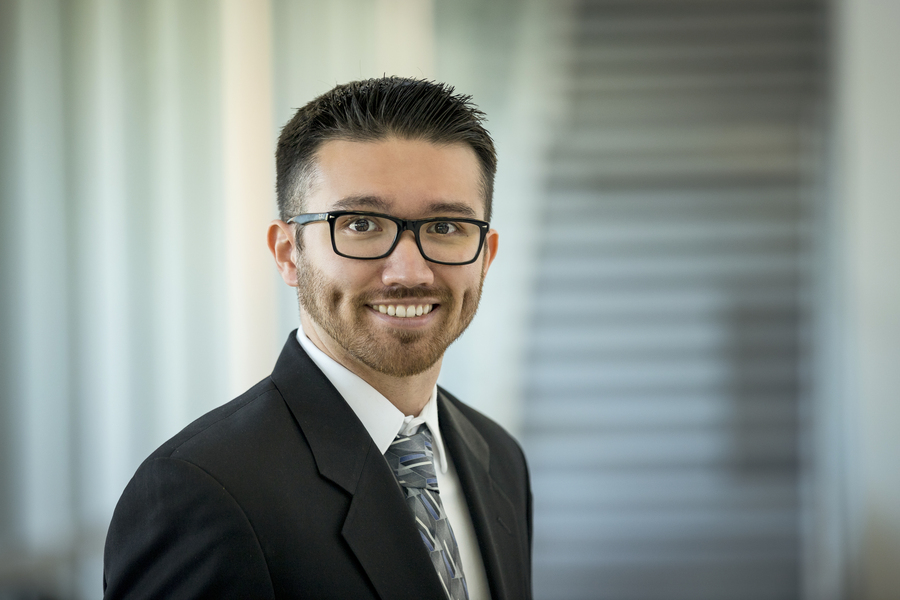 Shawn Thomas, a Ph.D. candidate in Interdisciplinary Environmental Science and Health program with a focus on public health, received the American Public Health Association’s 2021 Kenneth Lutterman Award for his exemplary work as a student researcher in the field of mental health services. The award was part of the Mental Health Section Awards at the association’s 2021 annual meeting, at which Shawn delivered a presentation entitled “Associations between LGBTQ supportive school environments and suicidal behavior among adolescents: A multi-level analysis.”

His research focuses on identifying protective influences for substance use behaviors among populations susceptible to the harms of substance misuse and drug overdose. Shawn works to find factors, behaviors, programs or anything else that can mitigate and prevent the use of substances by an individual or within a community. He takes a special interest in looking at adolescents, pregnant women and those who died by drug overdose, hoping to curb negative health outcomes.

“I worked with populations that were susceptible to the harms of substance misuse, and although I knew that the work would be helpful to some, I discovered that the most impactful changes occur higher than the individual level,” Shawn said. “That is why I decided to go back to work on my Ph.D., to learn how to think critically about this field and apply my work with a public health lens, which is more focused on population health.”

In addition to his Ph.D. studies, Shawn is a full-time opioid epidemiologist and surveillance coordinator for the Nevada Overdose Data to Action program in the School of Public Health. In this role, Shawn oversees surveillance grant deliverables and reporting of the state’s drug overdose morbidity and mortality rates. Shawn is also an epidemiology and biostatistics instructor at the University to first- and second-year medical students.

“My status as a student, teacher and opioid epidemiologist has afforded me the opportunity to not only inform stakeholders of drug overdose statistics across the state, but to pursue my own research interests of trying to prevent drug overdose deaths. I report drug overdose statistics, but these people are more than just numbers. Each and every one of them has a story that needs to be told that should not be forgotten. I want to help tell these stories so that future overdose deaths may be prevented.”

Originally from Las Vegas, Shawn chose the University because he wanted to study somewhere that was budget-friendly but not too far from home. He also says that the University’s proximity to Lake Tahoe was a large factor in the decision. Shawn is a passionate traveler who’s been to 30 countries across six continents, but when he’s back home, he loves to visit the University Quad for its year-round beauty.

“As a member of the Wolf Pack, I have great pride for my school. I feel a great sense of adoration for all the amazing work the School of Public Health has done and continues to do to improve the health of our community and the world. “

Shawn advises fellow and future Ph.D. students to not be afraid to ask questions or make mistakes.

“Every question is insightful and learning from past failures is how we grow the most,” Shawn said. “Also, don't stick to just one mentor while going through your studies, surround yourself with mentors in all areas of your life – research, teaching, work, personal, etc. – to get guidance to become a well-rounded scholar.”

A fun fact about Shawn is that he has traveled to over 30 countries on every continent except for Antarctica.

For the first time in the nearly 30 years of Winter Commencement, two ceremonies were held