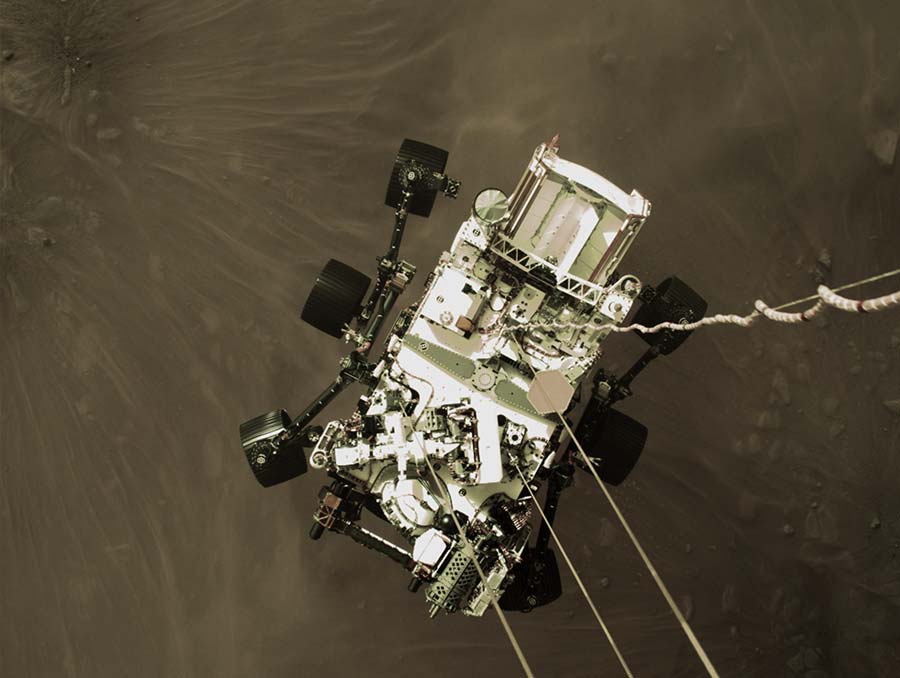 “While we look forward to offering our traditional in-person lectures once safe to do so, the virtual series has been an exciting way to connect with anyone, anywhere interested in science and able to join us online,” Katherine McCall, acting dean of the College of Science said.

Planetary scientist Wendy Calvin, Foundation Professor and chair of the Department of Geological Sciences and Engineering, will present her lecture “Roving Mars: From Sojourner to Perseverance” on Thursday, March 11 at 7 p.m. Registration is required.

Only one week ago on February 18, NASA landed the fifth rover, Perseverance, on the surface of Mars to explore an ancient lake deposit in Jezero crater. Since the first rover, Sojourner, landed in 1997, knowledge of Earth’s sister planet has expanded tremendously through a suite of orbiter, lander and rover missions. Perseverance sets the stage for the next ambitious breakthrough: the return of a well-characterized set of geologic samples from Mars. Perseverance is equipped with sophisticated instrumentation to understand the environmental conditions linked to the habitability of early Mars and will collect rock cores intended to be returned to Earth.

In her lecture, Calvin will discuss the evolution of orbital information for selecting landing sites, the improvement and increased sophistication in engineering our roving vehicles and the scientific discoveries and accomplishments of our six-wheeled Martian explorers.

Calvin is a planetary scientist, specializing in identifying and mapping the surface composition of solid planets in the solar system, including Earth and Mars. Calvin spent 17 years on the science team for the Mars Exploration Rovers, whose mission finally ended after a global dust storm lead to a power failure on Opportunity.  Her current research is exploring rocks from Hawaii as an analog to Martian alteration and understanding the climate change that is recorded in the layered deposits of Mars’ polar ice caps.

Wendy Calvin looks back on 15 years of working on Mars

When the mission for the Mars rover Opportunity was declared complete, after 15 years rolling around the dusty planet surface examining rocks, soil, craters and dunes, science team member Wendy Calvin was a little sad, but said the rover "had a good long life."

About the Discover Science Lecture Series

The Discover Science Lecture Series was founded by the College of Science in 2010, with the goal of bringing the country's top scientists to the University to share their knowledge, research and wisdom with the community.