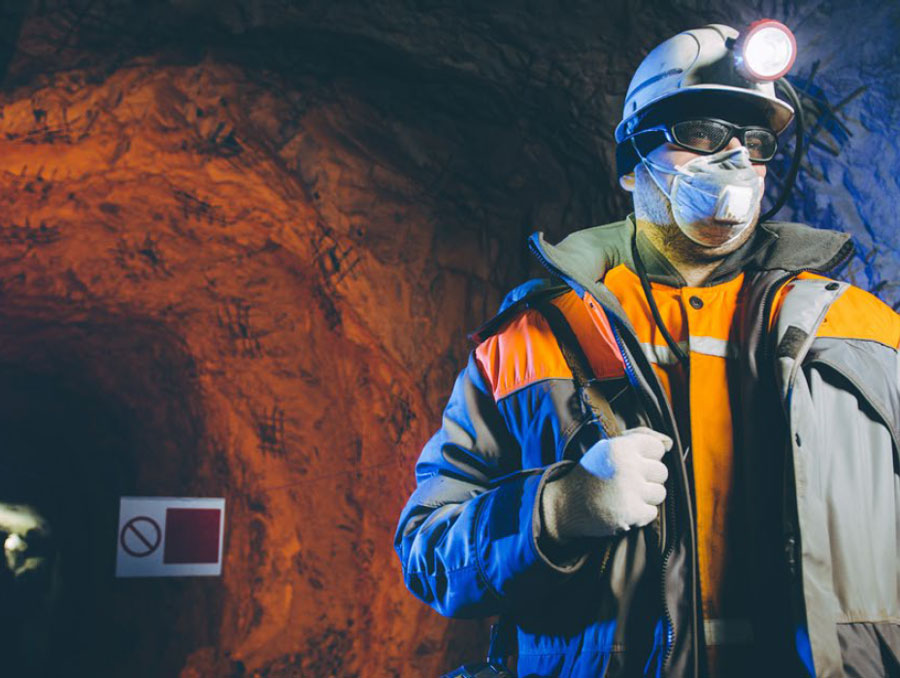 Business cycles are not new for the mining industry. Mining is an inelastic supply-and-demand economic sector that is usually familiar with the volatility of the markets. Mining has a strong culture of safety and health awareness and disaster preparedness. The year 2020, however, was an unprecedented downswing in all economic activities, including mining operations due to the COVID-19 outbreak. Market capitalization lost more than one-third of its value in a few weeks and shadows of a great depression appeared on the horizon during the course of the global pandemic. Major mining companies in Nevada (some of which also have operations outside of Nevada), equipment/software suppliers and contractors have been interviewed to share their experiences and lessons learned during the past 10 months.

Having a resilient infrastructure for market volatility, and the fact that mining operations have a higher level of safety-and-health-awareness culture facilitated the way mining companies approached the crisis. For instance, one of the corporations interviewed had owned an operation in Africa and learned lessons from an experience in dealing with the Ebola epidemic and basically used that process and outcome as a template for risk management of the new COVID-19 virus.

Now, after almost one year of commercial interruptions, it seems that Nevada’s mining sector has learned to live with the pandemic. Consequences of COVID-19, including mandated shutdowns and lower demand for commodities (except gold), have not resulted in any human resource crises or personnel layoffs, major production interruptions or significant missed business goals, as reported by the companies interviewed. In fact, Nevada’s mining sector, which has an emphasis on gold production, has firmly benefited from the cash flows that resulted from the gold-price bounces.

All companies started to look at the growth of the pandemic in February 2020 and began reacting to the virus’s spread around early March. Having a resilient infrastructure for market volatility, and the fact that mining operations have a higher level of safety-and-health-awareness culture facilitated the way mining companies approached the crisis. For instance, one of the corporations interviewed had owned an operation in Africa and learned lessons from an experience in dealing with the Ebola epidemic and basically used that process and outcome as a template for risk management of the new COVID-19 virus.

The evolution of the practices that mining companies took to handle the outbreak is notable. Initially, most organizations struggled with dramatic changes in demand for their commodities and mandated shutdowns by the governments (outside of Nevada operations). Almost all companies stopped unnecessary travel and converted in-person communications to virtual meetings. Sales expositions and business summits became virtual as well. For equipment vendors and software providers, it used to be common practice to travel to mines for sales and technical services. This practice was significantly shifted to online sales meetings and training. However, equipment vendors kept a limited level of traveling for the cases in which their clients requested on-site services. Digital transformation in professional services and managerial jobs went smoothly for all companies. The consensus was that there was no reduction in productivity for remote workers. Many employees appreciated the flexibility and convenience of working remotely, although site managers had a tough job of adopting new changes.

On the site operations, companies started to employ basic procedures like social distancing, shutting down common areas, facial mask-wearing, hand/surface sanitizing, temperature control at entries and filling questionnaires for all traveled people from early March. The changes were, however, challenging for some enterprises. For example, providing personal hygiene supplies for a company with 7,000 employees at the beginning of the pandemic was difficult. Meanwhile, the inconsistencies of the mandated guidelines by the Centers for Disease Control and Prevention and federal and state authorities, as well as the lack of data on the efficacy of the utilized approaches, reduced the social acceptance of the changes and their effectiveness. The practicality of social distancing during personnel bus rides was reported to be difficult and the number of vehicles increased by three-fold to comply with new regulations.

Even more difficult has been the practice of transporting people into and out of underground mines where everyone needs to travel through a single shaft or work together in a confined space. Some of the companies split their personnel into two separate teams who were never meeting each other in order to reduce the contacts and potential exposures. They also enacted 14 days of on-site isolation for the people who were getting back to the site, which added a sizable company expense burden.

Most companies that had an uninterrupted on-site operation believed that the testing for COVID-19 and its reliability was the biggest challenge, especially at the beginning of the pandemic using the antigen test blood test. All tests reported a high level of false negatives and some false positives and the time to get the results was one of the bottlenecks of the process. There were complaints about the intervention and role of government in the relationship between the mining and testing companies. Most of the testing challenges were resolved after getting rapid test machines to the mine sites.

Social acceptance of the changes was another challenge, especially with confusion coming from the government. Similar challenges were reported about the rate of volunteers getting the vaccination in order to reach herd immunity. Implementation was much harder in some operations outside of the United States where it’s customary for people to have close contact and hug or kiss each other more frequently.

In summary, most companies were satisfied with their handling of the outbreak as the rate of positive cases among people tested was considerably lower than the communities outside the mining operations. A majority of the companies interviewed reported that they followed the basic rules instead of employing complicated technological devices such as intelligent thermal cameras, smart face masks, sophisticated face shields, smart boots, smart bands or disinfection tunnels.

It was remarkable to see the ways in which mining companies collaborated with local communities and have supported each other during the crisis.

One operation employed a tag-based tracking technology. This technology works in both active and passive modes. In the passive mode, it just records the proximity of people and their exposure to each other; however, the active mode generates an alarm to the people who do not comply with adequate social distancing. With this technology, they were able to rewind the contact history of any positive cases and quarantine them before spreading the virus. Some companies also used the free mobile apps that the state government had provided for social-distancing tracking. In the end, all companies agreed that some of the changes will remain even after the pandemic due to significant benefits against other illnesses like the flu.

The COVID-19 pandemic has been an unprecedented threat to the mining industry, but at the same time, it created opportunities for mining-related companies to generate value by revising their business plans. Regular sanitizing, increased sick leaves, productivity concerns, complicated personnel transportation and social challenges spurred unavoidable added costs for companies. On the positive side, though, many professional service-type jobs practiced running remotely (eliminating commutes) and created a flexible working environment for employees. Similarly, companies heavily-reduced business travel, which has resulted in more family time for employees.

With an event like COVID-19, the social responsibility and shift required of companies has been unprecedented. Effective communication and a strong health- and safety-oriented culture that’s inherent in the mining industry have helped Nevada’s mining operations on their way to overcome the pandemic without a major interruption in their production and the loss of jobs. Meanwhile, the majority of the gold-based operations in Nevada closed the 2020 financial books with higher-than-predicted cash flows.