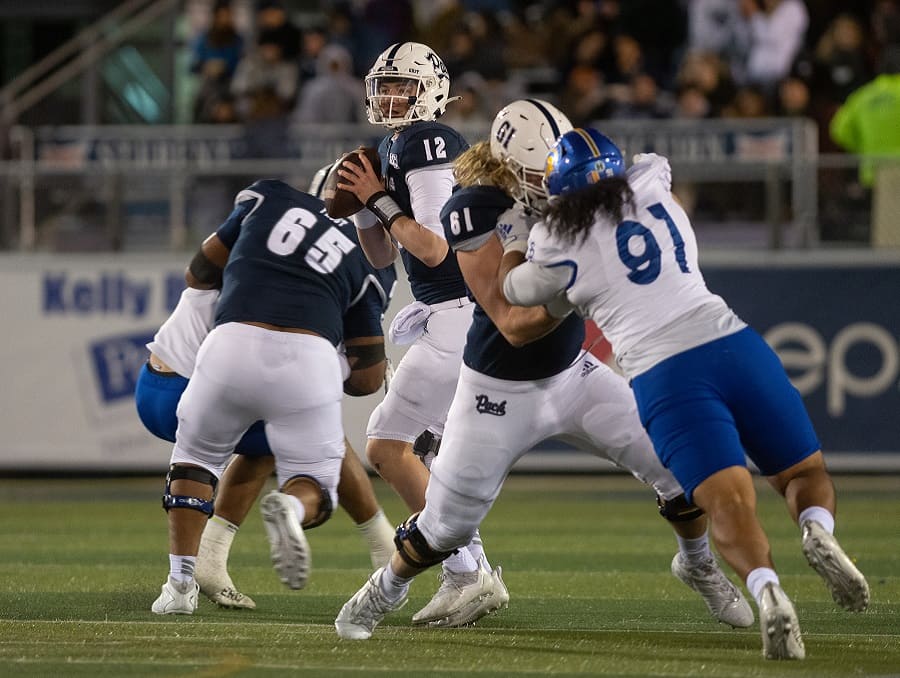 Nevada quarterback Carson Strong today has been named one of 20 semifinalists for the Davey O'Brien award following a social media fan vote as announced by the selection committee.

Strong has earned the honor of Davey O'Brien semifinalist for the first time in his career. Four of the 20 quarterbacks – Corral, Howell, McCall, and Ridder are semifinalists for the second straight year.

"Due to the closeness in our voting, the Foundation decided to expand to 20 deserving semifinalists this year," Davey O'Brien Foundation executive director Kendall Cason Iles said. "The 2021 season has been fascinating, and our Fan Vote reflected that excitement as a record number of voters showed support for their favorite quarterback during our first round."

The semifinalist list is comprised of nine seniors, five juniors, four sophomores and two freshmen, and consists of players from nine FBS conferences as well as one football independent. The Southeastern Conference has the most honorees with five, followed by the Atlantic Coast Conference (four).

To participate in the Fan Vote, fans must like the original Davey O'Brien Award post highlighting the quarterback. Each round of the selection process will offer two one-week voting periods for fans.

The three finalists will be tabbed on Tuesday, Nov. 23. The winner will be announced live on Thursday, Dec. 9 on The Home Depot College Football Awards on ESPN.

The Davey O'Brien Foundation was created in 1977, and the National Quarterback Award, the oldest and most prestigious college quarterback award, was first issued in 1981. Over its time, the Davey O'Brien Foundation has given away more than $1.2 million in scholarships and university grants to help high school and college athletes transform leadership on the field into leadership in life.