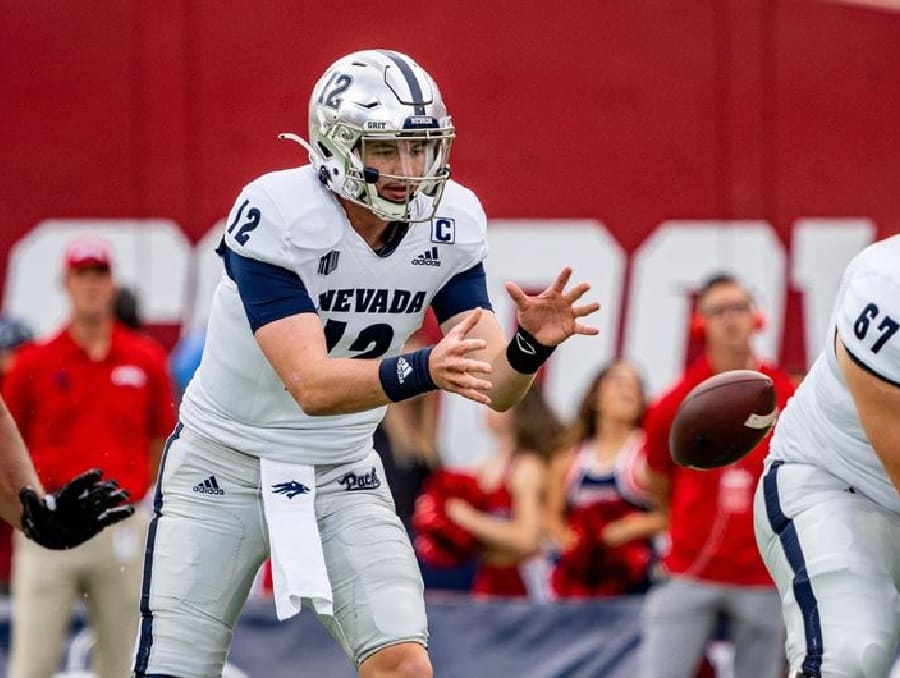 Nevada quarterback Carson Strong has been named to the Davey O'Brien Class of 2021, the organization announced Tuesday.

Strong is one of 40 from around the country, and two from the Mountain West, to earn the honor with each member now an official candidate to win the 2021 Davey O'Brien National Quarterback Award.

This honor comes on the heels of Strong setting a program record in completions (49) and posting a career-record 476 yards against Fresno State last Saturday. The 49 completions were second-most in a single game among FBS quarterbacks in 2021 (1st; Will Rogers, 50, Miss.). Strong also racked up four touchdowns against the Bulldogs.

It marked the first time since 2000 that a Nevada quarterback has completed 80 percent of his pass attempts against Fresno State.

For the second straight year, voting will take place on the @DaveyOBrien Instagram, Twitter and Facebook accounts, beginning on Oct. 26. The top five vote getters on each of the three social media platforms will receive bonus committee votes which will be added to the ballots cast by the National Selection Committee.

To participate in the Fan Vote, fans must like the original post highlighting the quarterback on the official @DaveyOBrien social media channels. 16 semifinalists will be named on Nov. 9. Each round of the selection process (semifinalist, finalist and winner) will offer two one-week voting periods. The winner will be announced at the Home Depot College Football Awards on Dec. 9.