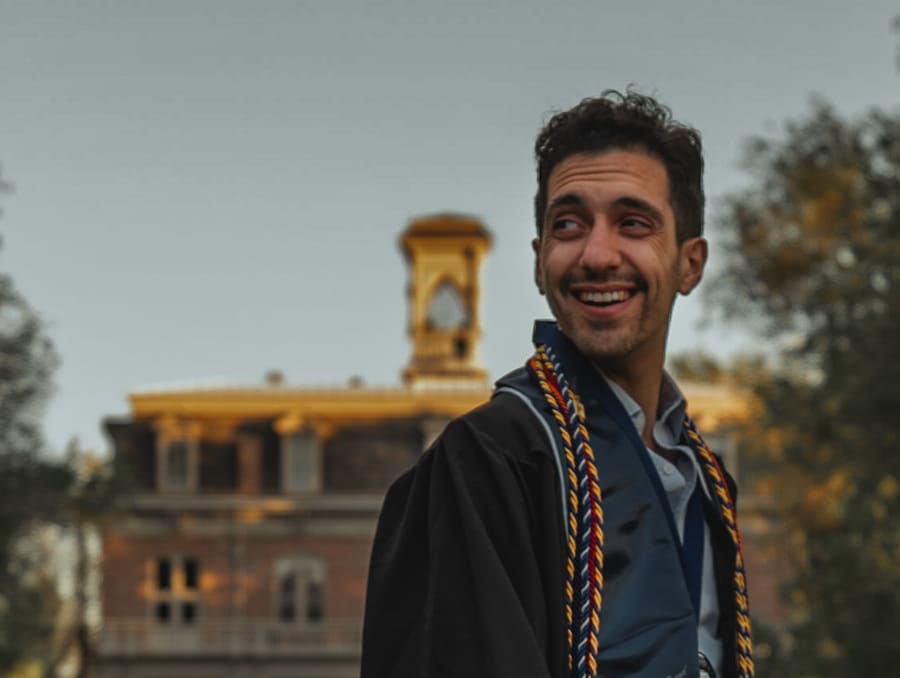 Benjamin Engel, a recent graduate of the Reynolds School of Journalism, has successfully completed his Certificate in Principles of Public Relations (CPPR), becoming the 13th University of Nevada, Reno student to earn the credential.

The CPPR is a four-step certification process sponsored by the Public Relations Society of America (PRSA), which serves to distinguish public relations students’ proficiency in the field. The certification can be earned by recent graduates of the Public Relations Student Society of America (PRSSA) to set them apart in the competitive hiring process. More than 320 students from 56 universities and colleges nationwide have earned the certificate, according to the PRSA website.

“It feels incredible to finally have this rare distinction in my field,” Engel said. “I had been studying for several months, diving into everything from communications theories to crafting effective PR plans to PR history.”

“I’m very thankful for mentors like Alison Gaulden, APR, PRSA Fellow, who encouraged me to take this test and further my public relations skills,” Engel said.

Journalism alumna follows her passion to work for Disney