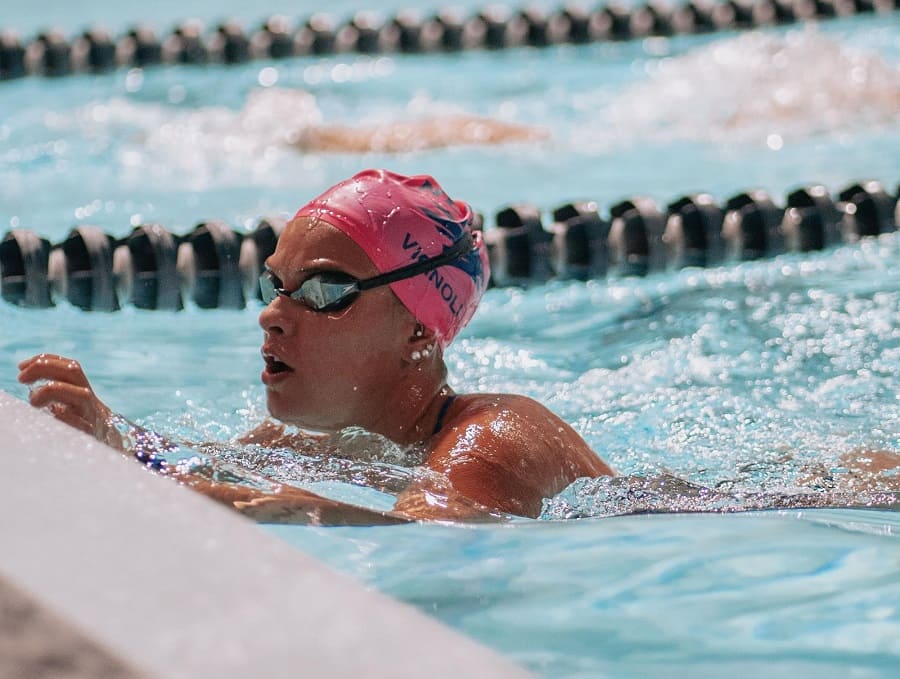 Mariana Vignoli, a member of the swim team, embraces her Latinx heritage as it influenced her to bring her culture into her life living in the United States. “I grew up in the south of Brazil, in a city called Porto Alegre,” says Vignoli. “and I feel like this influences my life because I bring aspects of the place where I grew up, my family, just my culture to my life here.”

Vignoli was born in Porto Alegre, Brazil, and believes that the Brazilian community is still growing in Reno, but the Hispanic Latinx community that is situated here is very welcoming to anyone who wants to be a part of the community. “I feel very comfortable having so many Latino and Hispanic people around me.”

When asked how she gives back to the community, Mariana describes her work ethic as one of the ways that she gives back, not only to the community but also in her position as a student-athlete. “I try to give back by trying to be the best as I can be in both classroom and in the pool, and I feel like being a Latina woman we intend to value hard work in every aspect of life,” says Vignoli. “To be a hard worker for us is a big thing, it is very important and it is something that we value a lot so this is what I try to do every day.”

Prior to coming to the United States, she graduated from Colegio Anchieta in 2017 and swam for the Gremio Nautico União in Brazil. Vignoli was a finalist of the 2016 and 2017 Summer Junior National Championship, a B finalist in the 200 and 400 freestyle at the 2018 Brazilian National Championships. Mariana was a member of the national team in the 2018 South American Games - ODESUR. She was also a junior national champion of the first and second rounds of the Brazilian Open Water Championships in 2018.