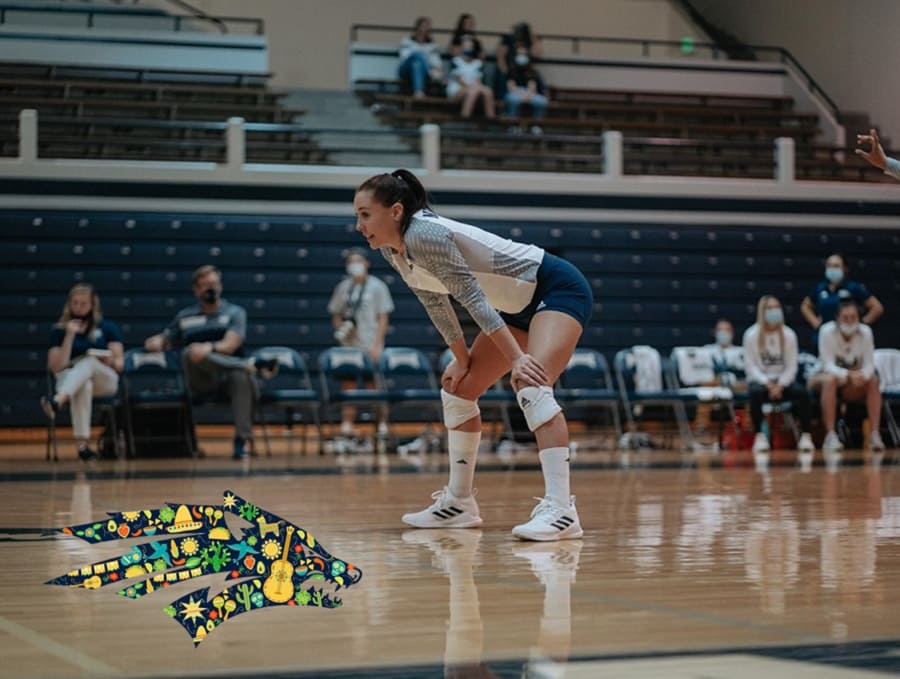 Andrea Alcaraz, a member of the volleyball team, embraces her Hispanic/Latinx heritage proudly as it displays in her work ethic that she learned from her father. “It means family,” Alcaraz says when asked what this month means to her. “My whole life growing up surrounded by my family who’s Hispanic, it just really reminds me of being home and being with my family.”

Alcaraz was born in San Diego, California, but she stayed connected to her roots as her father is from Tijuana, Mexico, and visits the country every opportunity that she gets. When asked how it feels to represent that culture here in Reno, Alcaraz believes that now she can embrace more of that culture, and explaining to people what it means to be Hispanic, while playing sports. “But sometimes it's hard,” says Alcaraz, “ because it does get downplayed, especially if you don’t look the part.”

In sports, you can see how her culture influences the way she plays, “I think that growing up, my whole family has a really strong work ethic of not having the same privileges that other people had” Alcaraz says. “This has helped me grow and develop into the person that I am. I am a hard worker, and I’m not stopping until I get what I want.”

Prior to Nevada, Alcaraz was a four-year letter winner at Poway HS in volleyball. She helped the 2017 team to go to a league championship. Alcaraz was also named the Outstanding Rookie in 2016, first-team All-League in 2018, All-Tournament team in 2018, and MVP for the 2018 season while playing with the Epic Volleyball Club. In 2017, Alcaraz led the team into third place in the Las Vegas qualifier and in 2018 to the NEQ qualifier in Baltimore.

Once asked what is the importance of the celebration of this month, Andrea said, “I think it is important because the Hispanic community can get kind of overlooked in a sense that it is not talked about very often. There is a lot of good that this community can bring into it, the culture of the food and everything that we have to offer. I think it is very important that we can all learn something from it.”

The junior setter has been an important key for the Nevada volleyball team, recording 301 assists, 11 service aces, 77 digs so far this season while being nominated the Pack representative in the Idaho tournament and in the Nevada Classic All-Tournament team.