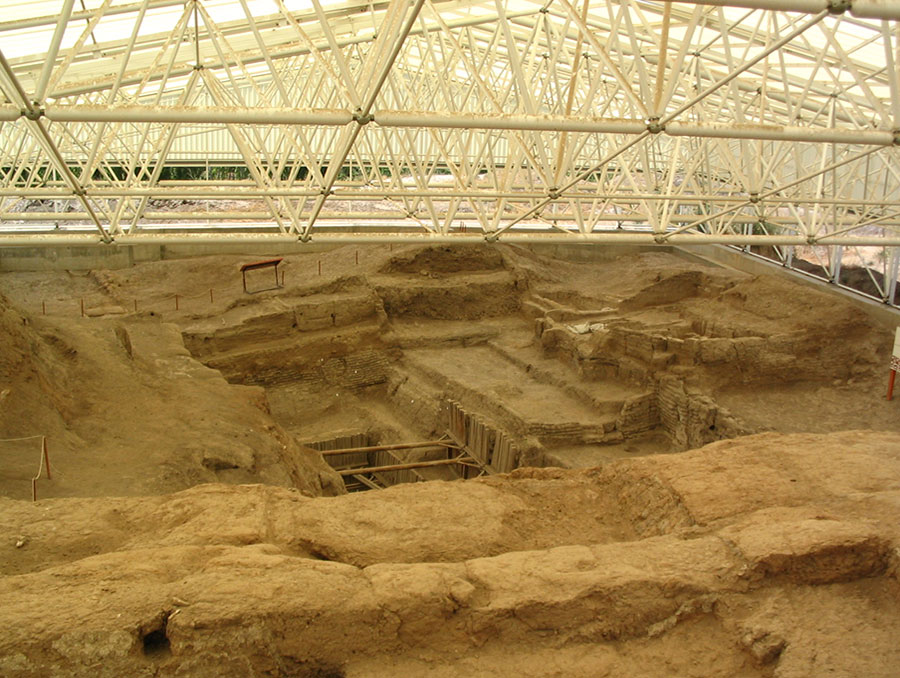 College of Liberal Arts Associate Professor of Anthropology Marin Pilloud is part of a team of 57 geneticists, anthropologists and archaeologists across the globe studying ancient burial sites linked to some of the earliest houses in history around 10,000 – 8,000 years ago. Recently, these results were published in Current Biology where Pilloud is quoted on the diversity found in the biological relationships within an archaeological context at the excavation sites in Turkey.

Pilloud has been working with this team of researchers for years, studying the skeletal remains in Çatalhöyük, a Neolithic settlement in what is now known as Konya, Turkey. What the team discovered was that many of the first settlers in the Middle East buried the dead in their houses, but many of the remains found had no biological relation.

Pilloud indicated that these were transformative years in that the settlers were changing with the landscape. They were creating villages, domesticating animals and planting foods. At the same time, their social structure was also changing to move beyond the biological definition of family. And as the villages grew and the sites became bigger and more complex, the burial choices changed and included non-biological relatives.

“I think this new burial practice has to do with a changing social structure and there may have been more reliance on defining relationships in relation to activities such as farming, caring for the animals and building construction – relationships that went beyond biology,” Pilloud said.

The concept of analyzing human remains from centuries ago is almost hard to grapple with. Some of the DNA the researchers analyzed dated back 12,000 years. Pilloud verified that the preservation of ancient DNA requires a very specific set of circumstances including temperature and climate. Pilloud said she was amazed to find that in Çatalhöyük, the DNA of children was better preserved than the adults.

“This is a somewhat unexpected finding as generally the DNA of adults (with bigger and thicker bones) is better; but, in this site the opposite was found,” Pilloud said.

Pilloud said the team is still trying to find out exactly why that is, but one theory is in how the individuals were buried may have had an effect.

In modern society, it would be unheard of to bury non-biologically-related people together; however, Pilloud pointed out that kinship varies across cultures. In some cultures, kinship isn’t defined by biological relatives. She also said it’s likely that the settlers in the Middle East had a fluid definition of kinship that evolved over time in relation to activities.

Through the cultivation of years of research at these ancient burial sites, Pilloud indicated we can use this research to understand the different ways of being in the past and in the present.

“Family wasn’t necessarily defined by biology in the past, and it doesn’t have to be in the present,” Pilloud said. “We can choose who our family members are as those who support us.”

Research at the burial sites in Turkey continue to be analyzed. Pilloud said she continues to lead excavations of remains and investigate the differences in how individuals were buried.