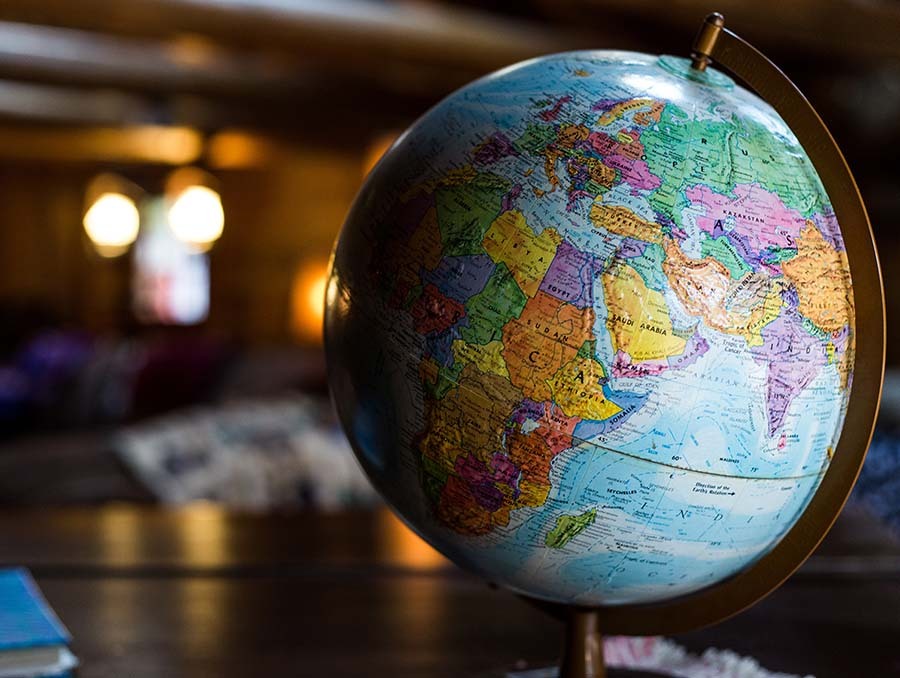 The Ozmen Institute was established as a University-wide research and outreach unit with a $1 million endowment from Eren and Fatih Ozmen, owners of the Sierra Nevada Corporation, who are alumni of the University. The Institute had the support of all 11 Colleges and Schools at the University, as well as the Vice President for Research and Innovation (VPRI) and the Vice Provost for Graduate Education and Dean of the Graduate School, the Provost and the President of the University. It was approved by the Faculty Senate and the Nevada System of Higher Education Board of Regents.

Berch Berberoglu is the Director of the Ozmen Institute for Global Studies. He is a Foundation Professor of Sociology and has been teaching and conducting research at the University for the past 43 years.

“As Director of the Ozmen Institute for Global Studies, I am very excited about being associated with a world-class global studies institute that we are eager to build after many long years of sustained efforts to establish such an institute at the University,” he said. “My role is to lead the Institute as a University-wide interdisciplinary research and outreach unit, involving the undertaking of various activities aimed at the development and expansion of its programs and projects across campus.”

The Ozmen Institute has already made themselves known across campus. Berberoglu has met with the directors of other similar units such as the Ozmen Center for Entrepreneurship, the Center for Applied Research, the Global Water Center, the Judicial Studies Program and the Gender Race and Identity Program. They are also connected with organizations with interest in global issues in the community, such as the Northern Nevada International Center, the National Security Forum of Northern Nevada, the Global Studies Program of the Washoe County School District and the University Studies Abroad Consortium.

During its time at the University, the Institute has launched a professional website, formed a Faculty Advisory Committee of faculty representatives appointed by deans and directors of all 11 colleges and schools on campus, formed a community-based International Advisory Board of the Institute made up of prominent individuals who are a part of the community, and developed an Affiliated Faculty of the Institute consisting of 122 faculty members from all Colleges and 32 departments across the University.

The Ozmen Institute awards research grants to faculty and graduate students engaged in globally oriented research. This year, the Institute has awarded 12 such grants involving research on a variety of topics including automation, migration, nutrition, environment, gender, religion, archeology, literature and other fields in many countries, including Germany, Japan, Italy, Mexico, Spain, Thailand, Ghana, Lebanon, Paraguay and Sri Lanka. The Institute has also conferred its Global Engagement Award for 2020 to Zeb Hogan of the University’s biology department for his outstanding global research and outreach activities at the University and abroad.

The most recent project of the Institute was the successful webinar on COVID-19 titled “Global Health Challenges: The Coronavirus Pandemic.” It was led by four distinguished panelists who addressed the socio-historical, epidemiological and economic impact of the pandemic. The Institute plans on convening future webinars focusing on various topics of global importance.

“The Institute has gone through its initial period of development and expansion since its inception two years ago and has positioned itself to take on various challenges for its continued success,” Berberoglu said, adding “we are very excited about the future trajectory of the Ozmen Institute for Global Studies as a major research unit of the University in addressing significant global issues of our time with the promise of making a major contribution to society on global challenges we face in the 21st century.”

For the future, the Ozmen Institute plans to expand interdisciplinary collaborative research by faculty and graduate students across all the colleges that would set the stage for larger and longer-term research funded by agencies at the local, state, regional, national and global level. This research would include important scholarly areas such as health, the environment, the economy, politics, race relations, gender, social inequality and many other topics. The Institute also hopes to expand its visibility thorough collaborations and partnerships with similar Institutes and Centers at the national and global level.

“These and other academic initiatives will gain prominence for the Institute among the faculty and students, as we implement the action items mentioned in our strategic plan in the period ahead,” Berberoglu said. “Thus, the path forward for the Institute in 2020 and beyond should be a promising one, when we plan to reach new milestones in the life of the Institute in the coming period.”