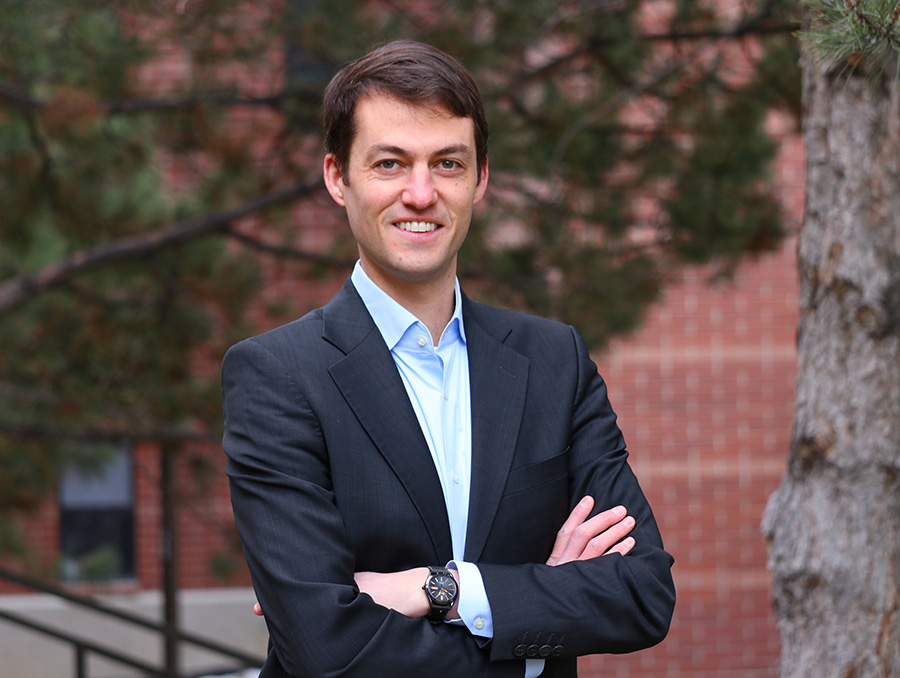 When the review process began, the National Endowment for the Humanities (NEH) received over 1,000 applications from all 50 states. As outside experts are consulted and councils are formed, the chairman eventually rejected over 90% of all applicants. Ethan Ris, an assistant professor at the University of Nevada, Reno, received a $30,000 fellowship to fund his book on how a few powerful people permanently changed higher education decades ago.

Ris had applied the year before and, although he was rejected, received positive feedback on the application. He is now one of only two University faculty members to receive the fellowship over the last 20 years.

“One of the great things about the NEH, as opposed to a lot of similar competitive fellowships, is that they provide feedback from the reviewers who look at the application,” Ris said. “I revised and resubmitted, but my expectation was very much ‘I got rejected last time, I’m probably going to get rejected again, that’s OK.’”

Ris’ upcoming book explains the history of how certain incredibly influential people, some of which include Andrew Carnegie and John Rockefeller, changed the landscape of education through actions leading to valuing practicality in higher education, creating community colleges and setting back historically black colleges.

“A lot of people have written about this era and different pieces of the reforms I’m talking about, but no one has ever really written a book or even an article that has connected all the dots,” Ris said. “It’s almost like a detective story. You know the crimes that have been committed and you start connecting the dots and realize they’re all being perpetrated by the same small group of people, who are certainly very wealthy and powerful.”

Ris calls these people who reformed higher education during 1890-1936, the era his book covers, “academic engineers.”

“They loved the idea of creating systems, of maximizing efficiency,” Ris said. “So I’m sure if you were to dig them up and talk to them, they would be flattered by being called engineers.  And I threw in that word academic to make it clear they weren’t actual engineers, and they were toying with how to change academia to fit their model of efficiency.”

Ris said some majors are now more or less popular, at least in part, because of the persisting idea that resulted from this era that students should focus on practical fields that lead to careers.

“If you look across campus, a lot of students are majoring in fields that sound like a job or have directly applicable workforce skills associated with them,” Ris said. “And that is very much a legacy of the era of reform I’m writing about. Prior to that, it was unthinkable to take classes in college or pursue a major that directly linked to a job. That’s just not what you did.”

“They were especially focused on practicality not in the elite universities but in lower status institutions,” Ris said. “Places that served, in today’s language, the 99% of students, not the 1% in places like Harvard and Yale. They were OK with Harvard and Yale students studying things like philosophy.”

Ris said that the research fellowship he received will allow him to finish the book faster and make the book and the research surrounding it as strong as possible.

“I’m really grateful to the NEH itself,” Ris said. “They persevere and are funding really important projects, a lot of which are more important than mine I’m sure, that are advancing human knowledge in really important ways.”

" Our attendees include researchers, practitioners and students, and our presentations are at the nexus of earth science, engineering and computation. Through collaboration, we want to transition simulation technology into practice.