Dr. Esmail Zanjani remembered as selfless pioneer and mentor in his field 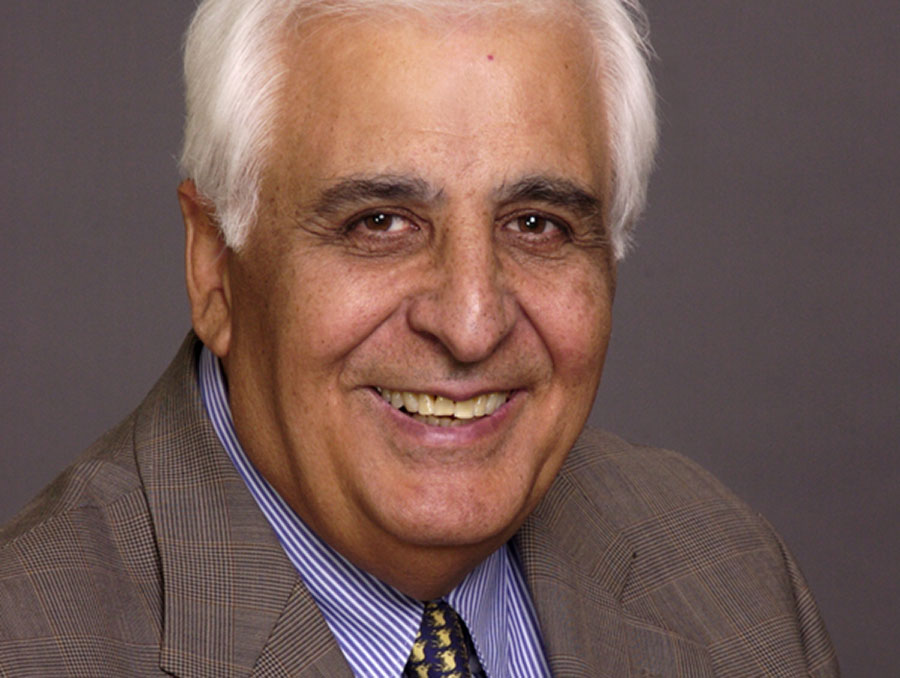 Dr. Esmail Zanjani remembered as selfless pioneer and mentor in his field

Dr. Esmail Zanjani’s internationally celebrated research with sheep led to innovations allowing for stem cell transplants into human fetuses to treat some diseases that would otherwise be incurable after birth.  The driving force behind Zanjani’s work was his desire to save infants through innovations in genomics. He was a professor emeritus of animal biotechnology with the College of Agriculture, Biotechnology & Natural Resources, and passed away in October at the age of 80. By his colleagues, he is remembered not only as a groundbreaking, internationally renowned scientist, but also as a caring, nurturing and ever-challenging mentor.

“He was the most encouraging person. He built up anyone that ever worked for him. He was very personable,” said Kim Higgins, who started working for Zanjani as an administrative assistant while Zanjani was working for the VA Medical Center in Reno, before he started at the University.

While at the VA Center in 1995, Zanjani began volunteering for the University’s interdisciplinary Cell & Molecular Biology Program, before becoming adjunct faculty in 2000. In 2002, he was hired as a professor of animal biotechnology in the College, and became the department chair the following year. When Zanjani was hired as a full-time professor, Higgins came with him.

“His folks all came over with him, his entire lab,” Higgins said. “No one ever wanted to leave him, after working for him. He provided me with many opportunities to learn and grow professionally. He just touched a lot of people, because he really cared. I miss him.”

Rangeland Ecology Professor Barry Perryman agreed, sharing thoughts about Zanjani when he was his department chair.

“He’s one of the nicest people you could ever meet,” he said. “He was really good at getting you to do something without you knowing it. He was a real master at that. Even if you knew you were being manipulated, you didn’t mind, because he was so nice. He mentored everybody he ever came in contact with in one way or another. That was just Esmail.”

Perryman said that, at the same time, Zanjani was “just one of those pioneers, that essentially, pushed genomics science along,” his groundbreaking work garnering national attention and controversy, such as in a May 20, 2008, article in The Washington Times that describes how Zanjani’s work with stem-cell transplants in utero saved one child from being born with symptoms of a degenerative and deadly disease.

In fact, Zanjani and his research team are credited in Guinness World Records for creating the world’s first human-sheep chimera (a sheep that contains sheep cells and human cells, to allow the prospect of animal organs being transplanted into humans to save lives).

Mariah Evans, Zanjani’s daughter and a sociology professor at the University, as well as a researcher in the College’s Experiment Station, described her father as “an imaginative and engaged scientist.”

“He was still reading the hematology journals up until about a month before he died, and critiquing them,” she said. “He was still thinking and feeling science, which was very important to him. It was who he was.”

Zanjani served as Editor-in-Chief of the Experimental Hematology journal from 2004 to 2010, as well as served on the editorial boards of several other internationally renowned journals. He co-authored numerous textbooks and authored hundreds of professional journal articles. Some of his former collaborators co-authored a tribute to Zanjani in the November 2019 Experimental Hematology issue. In it, they wrote:

“…he is owed a vast debt of gratitude by his legacy of literally hundreds of scientists and clinicians from around the globe who have been shaped by his scientific leadership and deeply touched by his sparkling intellect, his incomparable charm and sense of humor, and his unbounded passion for science and for life.”

“While some might mirror his magnificent professional career, the extensive publications, and the prestigious scientific work he achieved, few will ever touch and enrich the life of his mentees, colleagues, and friends the way Esmail did.” – In Memoriam: A Tribute to Esmail Zanjani, 1938–2019, November 2019 Experimental Hematology

The tribute gives a nice summary of Zanjani’s numerous accomplishments and path, from his birth in Iran, to his education and work in New York and Minnesota, and his eventual landing in Reno, Nev., his wife Sally’s hometown. Sally was an accomplished author of Nevada history, and Evans’ said her father grew to love the state.

“He loved photographing Nevada scenery,” she said. “He took a number of the photos for my mother’s books. This was a very different place for him. He was mostly a city boy, but he learned to love the desert.”

Mariah said he also greatly appreciated his College colleagues and the University.

“He strongly appreciated the warm camaraderie that went across hierarchy lines in the College, the fact that deans, associate deans, faculty and fellows could all be part of informal exchanges,” she said. “He enjoyed that fellowship. He also loved our beautiful campus, especially the main Quad.”