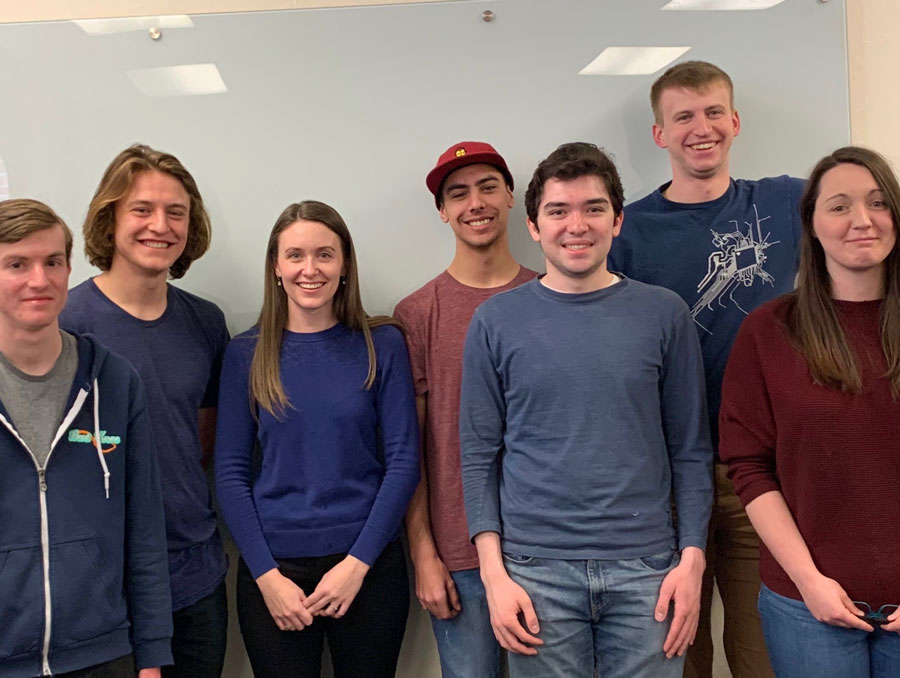 In her quest to help the visually impaired and those on the autism spectrum, Emily Hand, assistant professor of computer science and engineering in the College of Engineering, is working to develop and build discrete wearable devices capable of improving their social interactions through facial recognition, expressions and emotions.

She will use her computer science and engineering skills to apply machine learning, computer vision and natural language processing to her work, which is funded by a grant from the National Science Foundation.

Her overall research goal is to develop software that will help visually impaired individuals, along with those on the autism spectrum, to recognize faces, expressions and emotions. The research will produce techniques capable of recognizing faces in low-quality imagery as seen in surveillance and human-computer interaction settings.

“This grant is to improve face recognition performance using caricatures, but more importantly, to see if we can build a representation for faces that captures a person’s essence, or what makes them unique,” Hand said.

“I’m really interested in understanding the world and how it works,” Hand said. “Describing what makes people unique and the accessibility aspect of it all [is important].”

This project aims to transform the way in which researchers approach face recognition technology by modeling distinctive features. Humans are capable of recognizing images of familiar faces even as they become extremely distorted. This research investigates whether automated face verification performance can be improved by recognizing and emphasizing distinctive facial features.

The technology will also have the capability to identify individuals in low quality photos using these exaggerations, along with how to recognize these faces in a system or database, such as for tech companies. It could even help police and sketch artists by running a photo through the software and using the facial exaggerations to help catch suspects.

Hand has a team of eight students working with her to categorize and label the data on the 3-year, $420,000 grant, titled “Human-Level Face Verification Performance Using Distinctive Features.” In the future, she looks to incorporate volunteers “or anyone interested in creating and helping with the overall system.”

Hand joined the College of Engineering's Computer Science and Engineering department in 2018. She received her doctorate in computer science from the University of Maryland, College Park and has held research positions at NASA Ames, NASA JPL and the Naval Research Laboratory. She teaches Introduction to Machine Learning and Introduction to Artificial Intelligence.

Hand will present a TEDxUniversityofNevada talk on Feb. 29 that focuses on the disconnect between the scientific community and the general public when it comes to the discussion surrounding artificial intelligence.