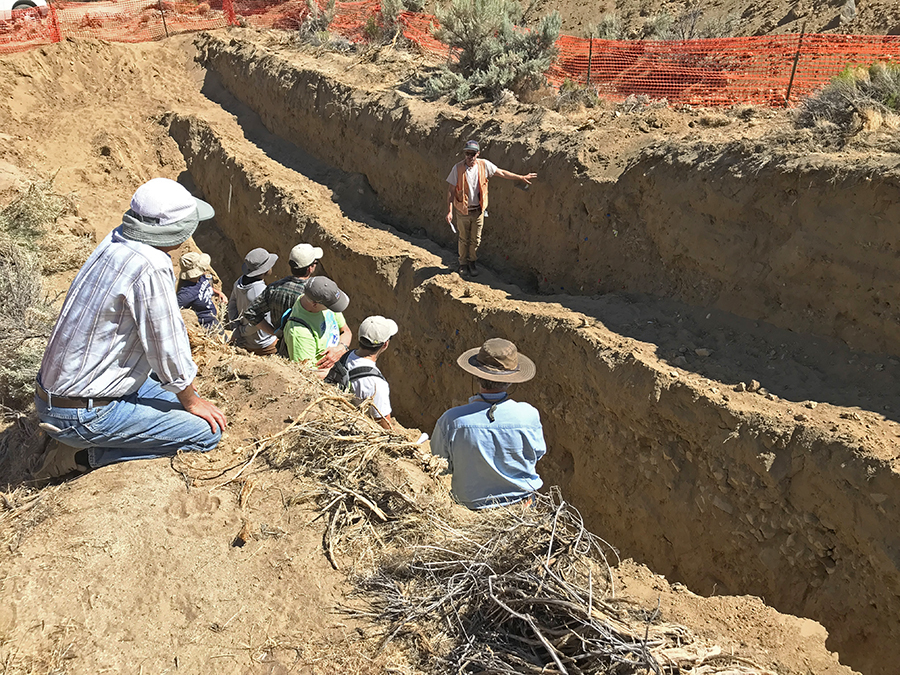 Seismic Network Manager Ken Smith was sitting on the couch in his northwest Reno home watching the evening news on March 20 when the earthquake hit.

“I definitely felt it – the last shaking I felt at home was the 2012 Sutter’s Mill meteor that exploded over the Sierra,” Smith said. “That was certainly different ground shaking than you get from an earthquake. It lit up the seismic network, too.”

Like others in the Nevada Seismological Laboratory, he’s on call 24/7 for significant earthquakes in Nevada. He takes the preliminary automatic report that comes in through the statewide network of seismographs and then verifies the location, the depth and the magnitude, and updates public websites and notifies state and federal agencies with the updated information.

While there were 6,800 people who reported to the USGS feeling the earthquake just south of Carson City last week, there were 420 responses for the largest of 200 aftershocks, one with magnitude 3.2 reported by the Nevada Seismological Laboratory at the University of Nevada, Reno. The main earthquake occurred at a depth of five miles beneath the surface of northern Carson Valley, near the southwest flank of Prison Hill. 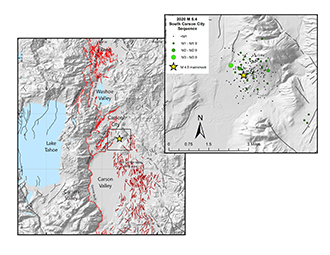 Aftershocks can occur for weeks to months following this type of event. By definition, aftershocks are smaller than the main shock of an earthquake sequence; however, past observations of earthquake sequences worldwide indicate that there is an approximate 5% chance that the March 20 earthquake could be a foreshock to a larger event.

“Both the rate of aftershocks and the chance of a larger event are expected to decrease in the days and weeks following last week’s earthquake,” Smith said.

The magnitude 4.5 earthquake produced moderate shaking near the epicenter in Carson City and Minden. Residents in the surrounding Carson Valley, Reno, Sparks and Tahoe/Truckee regions reported light to weak shaking. Minor damage was reported in south Carson Valley, and people as far away as Fallon, Susanville, Sacramento, the San Francisco Bay Area and Fresno who reported feeling the event via the U.S. Geological Survey “Did You Feel It?” website.

Residents of the Reno, Carson, and Tahoe area are not strangers to earthquakes. Carson Valley, Washoe Valley, and the Reno and Tahoe basins are part of a seismically active zone called the Walker Lane. The Walker Lane is a 60-mile-wide zone of active faults that straddles the Nevada and California border. The Walker Lane starts in the Mojave Desert in southern California and extends to the east of the Sierra Nevada, north through western Nevada in the Reno area, and then into northeast California.

Collectively these hundreds of discontinuous faults accommodate 20 to 25% of the Pacific-North American plate boundary deformation, and this strain will ultimately be released by earthquakes.

In recent years, Walker Lane faults in northern Nevada and eastern California have hosted several moderate magnitude earthquakes and energetic earthquake sequences. Although the recent seismicity has been moderately sized, faults in the region have a history of producing damaging earthquakes.

Between 1850 and 1960, historical records indicate that the Reno, Carson City and Tahoe/Truckee areas experienced about 15 magnitude 6-plus earthquakes. The most recent significant event to occur near Carson City is the 1994 magnitude 5.9 Double Springs Flat earthquake that occurred between southern Carson Valley and Antelope Valley.

Several active faults that cut through the Carson Valley have the potential to produce magnitude 6.5-7.5 earthquakes. Last summer, Nevada Seismological Lab researchers Ian Pierce and Steve Wesnousky opened trenches across the Carson City and Indian Hills faults to study the past earthquake history.

Their work determined that the last major earthquake to rupture the Genoa, Carson City and Indian Hills fault occurred about 500 years ago, and the last event on the East Carson Valley fault zone happened between 570 to 850 years ago. It is unclear if the magnitude 4.5 event occurred on one of these faults or on an unidentified fault structure. 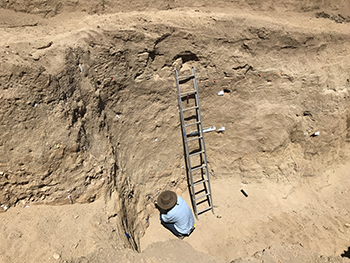 Scientists at the Seismological Lab and the Nevada Geodetic Laboratory will be studying the magnitude 4.5 earthquake and aftershock sequence in the coming weeks to understand how this event relates to neighboring fault structures and the overall seismic hazard for the Carson City, Reno and Tahoe/Truckee regions.

This widely felt magnitude 4.5 earthquake is a reminder that Nevada is earthquake country.

“We record up to 15,000 earthquakes a year in Nevada, the third-most seismically active state in the nation,” Smith said. “Every Nevadan, no matter where you live, needs to be prepared for an earthquake.”

Visit the Earthquake County Alliance to learn about seven steps you can take to increase your earthquake safety before, during and after an event. To keep safe during an earthquake, “Drop, Cover, and Hold On” when you feel shaking – as outlined on the Great Nevada ShakeOut website.

The Nevada Seismological Laboratory is a public safety information service department in the University of Nevada, Reno’s College of Science and a member of the USGS Advanced National Seismic System. The lab operates a network of about 150 real-time seismic stations throughout Nevada and Eastern California to provide earthquake information to Nevada citizens, the USGS, and local and state officials.