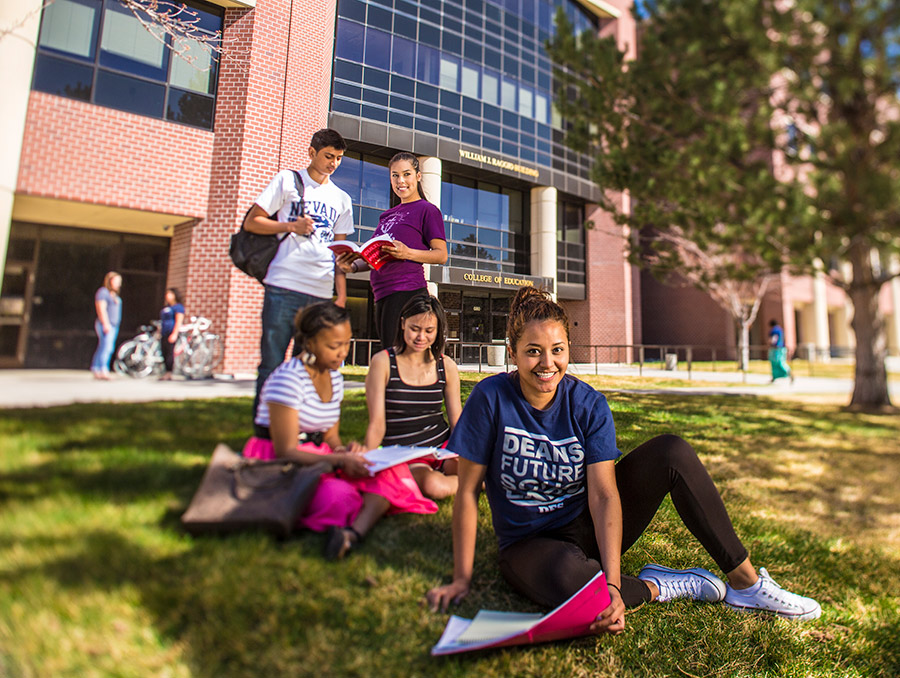 The Dean’s Future Scholars Program, a local community outreach program for low income, first-generation students operating under the College of Education at the University of Nevada, Reno, is celebrating its 20th year of operation.

“It is such a milestone because you never expect a small outreach program like ours to continue for two decades,” Dean's Future Scholars Program Director Mariluz Garcia said. “It started with 50 students back in the spring of 2000. I would say not only is the longevity of the program impressive, just for a small grassroots effort but that we were able to not only sustain ourselves but to grow.”

Over 1,300 students from the Washoe County School District have participated in the program. Students are monitored and supported from when they are selected to join the program in sixth grade until after they graduate high school.

“The original idea was just to bring the students to campus because at the time 20 years ago, there wasn't a lot of outreach for low income, first-generation students,” Garcia said. “And so year after year, many students in our school district never got exposed to the University of Nevada, Reno. And so it was a very early effort to just bring kids to campus, to familiarize them with college life.”

Garcia said that it is a unique characteristic for a community outreach program to support students beginning in sixth grade and continuing throughout their secondary and higher educational career.

“We're just like a family where once you're in, we kind of go through the highs and the lows with you, and we guide you with the goal to graduate high school,” Garcia said. “Our goal is for you to do something after high school, and it doesn't matter what you choose. We’d love for our students to all go to college, but we know college isn't for everybody.”

Initially, the program brought in local students to the University’s campus. As years progressed, Dean’s Future Scholars expanded to include summer programming. Then, the program created its mentorship program, where many of the mentors are alumni themselves.

“We don't have a lot of turnover,” Garcia said. “We have people that stay with the same group of kids for three, four, five years sometimes; depending on how many years it takes them to finish their undergraduate work.”

A celebration event to commemorate the anniversary was initially planned, but postponed because of the COVID-19 pandemic. Garcia said that the event was a way to thank the people who make the Dean’s Future Scholars program possible but another event will be planned in the future.

“We were really sad to have to cancel our 20th anniversary,” Garcia said.  “It would have been a mixture of Dean’s Future Scholars alumni, our community members, donors, and supporters. Our idea is to table that for a later time, whenever all this craziness ends, but it will happen.”