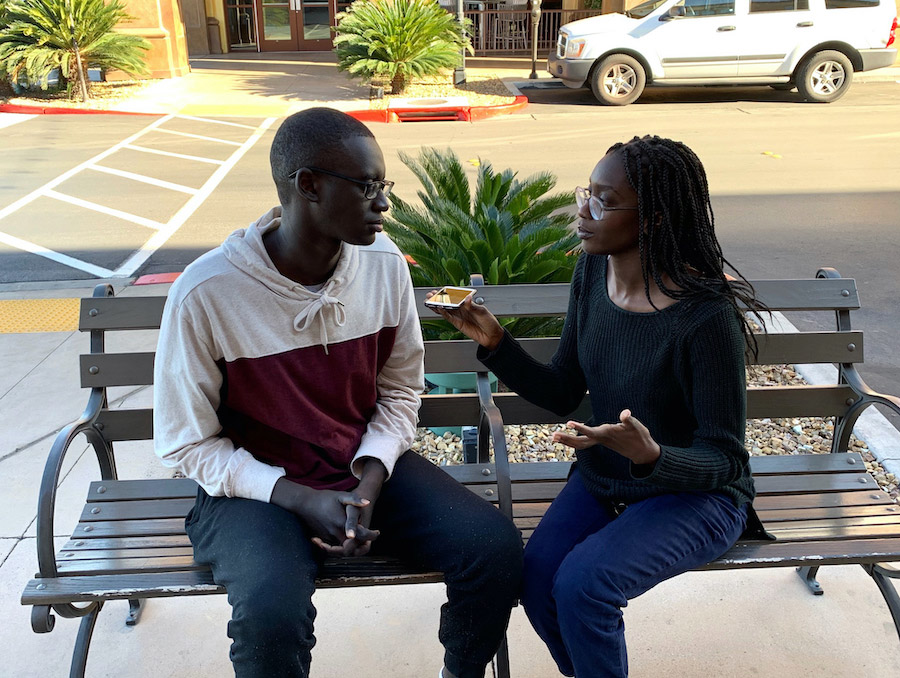 In the past three years, the University of Nevada, Reno has faced several hate and bias incidents, leading to campus-wide emails sent by University President Marc Johnson addressing the incidents.

The University defines bias as stemming “from fear, misunderstanding, hatred and stereotypes, [which] may result in negative treatment of an individual” and hate crime as “a definable crime [motivated by bias] such as threats of violence, property damage, personal injury and other illegal conduct.”

After a student attended a white nationalist rally in Charlottesville, Virginia, at the start of fall 2017 and incidents occurred in spring 2018, the university’s hate and bias response team created a summary report of hate and bias incidents on the campus.

Students can file a hate and bias incident through the Title IX online reporting system, which is then added to the summary report page.

According to the report, there were eight reported hate and bias incidents in fall 2018 and seven reported incidents in the spring 2019 semester.

This situation led two Reynolds School of Journalism students to use investigative journalism to bring awareness to the injustices students face and to change the way University officials address these issues.

“Wanting to continue my interest in investigative journalism, this semester, I wrote a story giving the run-down of what happened in the university in the last three years concerning hate and bias issues,” said Reynolds School student Wenei Philimon. “Because I was new to the school, I didn’t know about any hate issues. Once I started researching the story, I read so many articles, and I couldn’t believe the stuff that’s happened here.”

After the story’s big response, Philimon knew she wanted to investigate and bring light to social justice issues on campus. Philimon believes that her article and investigative journalism gave her leverage to address those issues.

“I think it’s changed campus culture because it got really big and made a lot of conversation,” Philimon said. “Parents started forwarding the story to their students and after seeing administration reading it, I noticed a shift in acknowledging hate and bias incidents.”

Reporting on the subject also made her more aware of the incidents occurring around her.

“Immediately after I finished that article, my friend hit me up and said there were supremacist things all over campus, and we went and looked at it,” Philimon said. “As a journalist, this was making me mad, and I hadn’t had previous activism experience, but I was upset.”

Philmon consulted with Reynolds School professor Nico Colombant, who suggested multiple ways she could investigate the issue as a journalist.

“In Nico’s All Things Media: Images and Sounds Journalism 208 class, we were doing an audio project, and I brought up faculty feeling uncomfortable from the campus climate survey,” Philimon said. “I then went to interview an ASUN senator about his experience about hate crimes on campus and realized he can’t be the only one experiencing these issues.”

Following the interview with the ASUN senator, Philimon wrote an article about underrepresented students' experiences on campus which led her to meet with President Johnson.

“He answered all of the questions and ended up giving me more time than we had planned,” Philimon said. “His responses were genuine; it was a very nice interview and experience to have.”

“As a news editor, I find diversity-related issues most interesting to report on,” Johnson said. “I feel like this topic is not reported on, and I write [about it] in hopes that upper administration can do things to stop these issues.”

“I didn’t realize how big it was while writing it until I spoke to [Reynolds School professor] Paul Mitchell about it,” Johnson said. “The attention made me super uncomfortable as I was used to being the shadow; and although the story got mixed reviews, I felt it did a lot more good than harm.”

Aside from the mass email sent by President Marc Johnson, the story led to ASUN student government passing legislation about condemning such hate and bias incidents. Johnson shared that she believed writing this article made the harassers more hesitant about inciting hate and bias.

Chris Boline, former Sagebrush editor-in-chief from winter 2013 to spring 2015, has been associated with the newspaper for the past six years and has seen the impact of student’s investigative journalism.

“We took a deep dive into how ASUN was spending money on concerts and events on campus,” Boline said. “For ASUN, it shed a light on how they could be more diligent in who they brought to campus and it also showed students where their money goes.”

The ASUN budget story provided the public with another avenue to express their interests in how ASUN should spend their money.

“Investigative journalism on campus is extremely important because it holds so many different parties accountable,” Boline said. “I hope to see it grow and continue to be an active part of the community at the university.”

In a short amount of time, investigating hate and bias incidents has led both Philimon and Johnson to hope for a brighter future.

“The story has brought me publicity, and I think that is doing some good. After President Johnson put my name in the email, people have reached out for jobs, scholarships, and that’s been awesome,” Johnson said. “I want to graduate early and go to Columbia’s journalism school and learn from the top journalists in the country.”

As for Philimon, she was offered a freelance writer job with the Reno News & Review and has received recognition among upper administration. She expressed her goal of wanting to work for the New York Time’s investigative team after college and credited her professors for their mentorship.