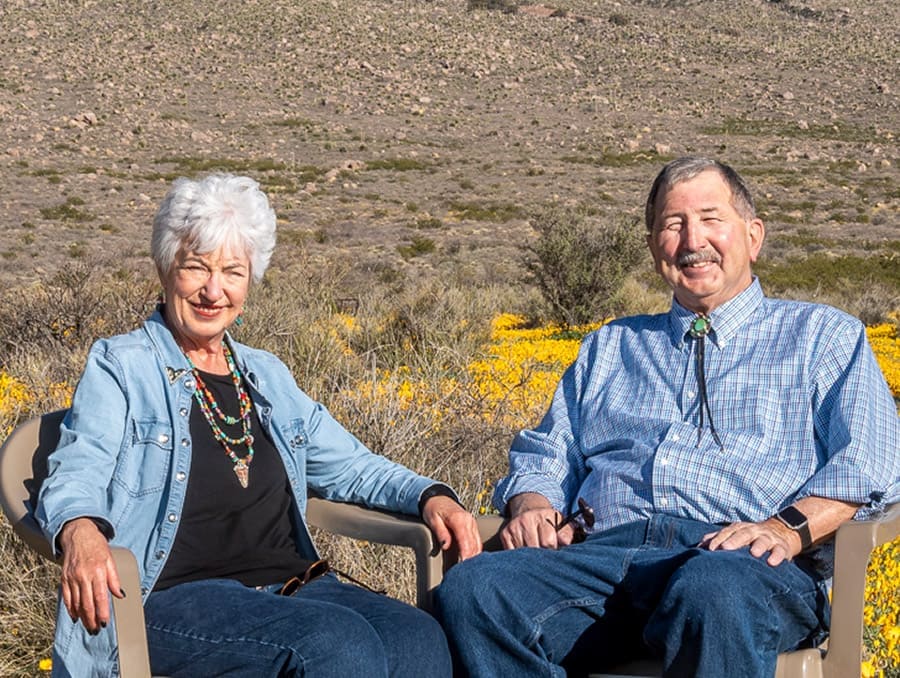 This­ spring, long-time College of Education supporters George “Gus” Hill and Ginny Knowles made a significant commitment to support the future of education in Nevada. Drs. Hill and Knowles each have deep connections to the College of Education, where Gus was faculty from 1996 to 2015, and Knowles received her Ed.D Degree in 1992. Every year the College awards a deserving student in the Educational Leadership program with the Dr. George Hill and Dr. Ginny Knowles Leadership Award. With their recent inclusion of the College in their estate plan, the couple will now support students in perpetuity thanks to their establishment of an endowment for their existing Leadership Award, and with a brand new Dean’s Future Scholars Endowed Directorship.

Hill and Knowles’s own educational backgrounds were major motivators in their decision to create these endowments. “Growing up in rural eastern Oregon on a cattle ranch, without electricity or indoor plumbing until I was in high school, I learned to read on my own,” said Hill. And despite his nearsightedness which went undiagnosed until he was 13 years old, Hill managed to excel, largely due to his own personal interest in learning as well as a highly successful mentoring experience. In fact, as a first-generation student, Hill credits the mentorship he received through all phases of schooling and into his professional career, as the real key to his success. He credits the late Dr. Myrna Matranga and the late Dr. Jerry Downing as two College of Education faculty members who mentored him in his transition from the College of Agriculture to the College of Education.

Hill thrived in college, receiving a Bachelor of Science in Agriculture in 1972, a Master of Agricultural Education in 1974 from the University of Idaho, and a Ph.D. in Education from Washington State University in 1982. Support of the Dean’s Future Scholars, a program which empowers low-income, first generation students to achieve higher education goals, was a natural fit for Hill and Knowles.

Knowles also grew up in Oregon, along the coast in a rural setting near state-operated salmon hatcheries where her father was a hatchery manager. She always knew she would be a teacher—returning home after school and teaching the neighborhood children what she had learned that day. Knowles spent one summer in Willamette Valley in Oregon picking beans and strawberries alongside migrant families who had even their youngest children out in the fields all day. This experience had a lasting impact on her life. When she eventually became a principal at Vaughn Middle School, it was her passion to make sure students of lower socioeconomic status were provided with educational equity so they could have all the opportunities as their more affluent peers. “Education is a way of improving the lives of those who come from lesser means, and it is a moral responsibility of educators to ensure that all students have the necessary resources,” says Knowles.

Knowles has devoted her career to education. She earned a bachelor's degree from Oregon State University in Home Economics Education in 1975, a Master of Education from Washington State University in 1980 and an Ed.D. degree from the University of Nevada, Reno in 1992. She joined the Washoe County School District, holding teaching positions including home economics, math and social studies at Washoe High School and Traner Middle School; then later moved into administration, serving as assistant principal at Traner Middle School and then principal at Vaughn Middle School for 20 years.

A strong role model for Knowles was her uncle, a long-time administrator in inner-city Los Angeles who successfully worked with at-risk students. Knowles has strong beliefs about diversity in school administration and believes a school’s leadership should reflect its student population. She advocated for her school and students and believes that there was not always enough support provided for high-risk schools.

Both Hill and Knowles have worked with many families and schools in the Reno-Sparks community. Hill joined the University of Nevada, Reno in 1981, teaching in the College of Agriculture until 1996 and then transferring to the College of Education where he spent the remainder of his career. It was during this time that that Dean Bill Sparkman started the Dean’s Future Scholars Program at the University of Nevada, Reno. “Ginny and I have special empathy for this population and firmly believe in the need for strong role models,” said Hill.

Their consistent loyalty to the local area has allowed them to watch multiple generations of students they have worked with since middle school, grow up to become parents themselves, and the progress these families have made inspired them to provide more opportunities to many more students over the years ahead. Hill and Knowles have witnessed the Dean’s Future Scholars Program grow and succeed in its goal of increasing the number of low-income, first-generation students graduating from high school, gaining access to higher education and entering a career in the field of education. Endowing the DFS Director position is their way of ensuring that the program provides these opportunities for generations to come. 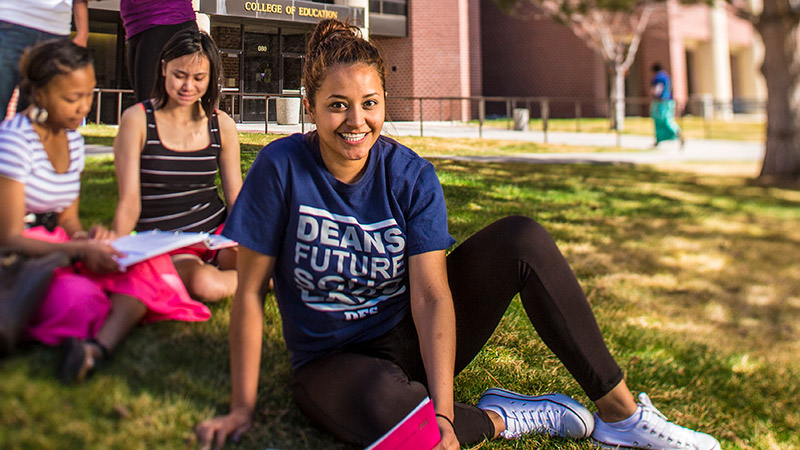