Panel sponsored by Temple Sinai Reno, College of Liberal Arts and others 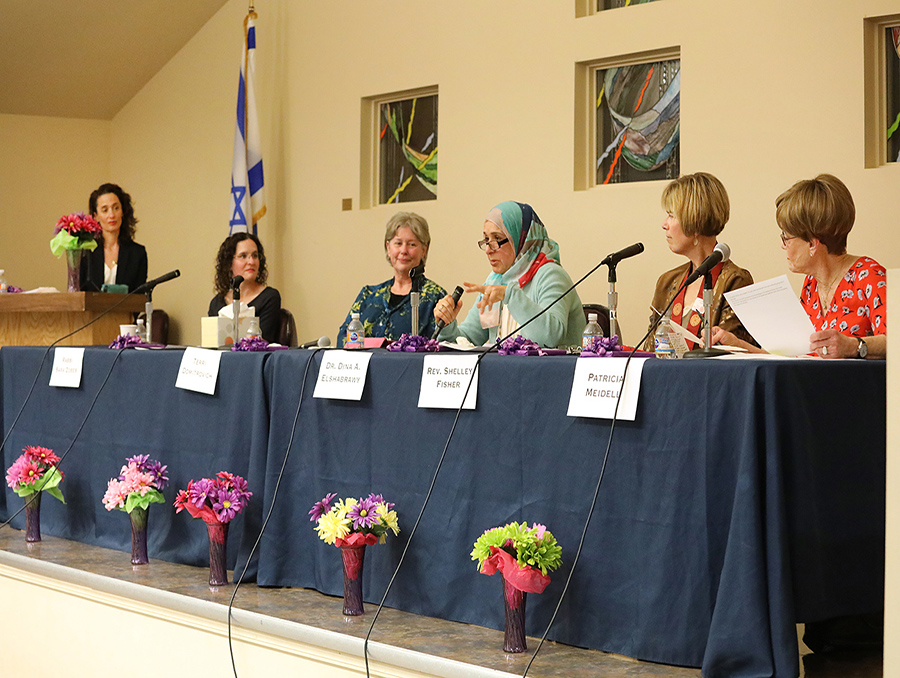 Panel sponsored by Temple Sinai Reno, College of Liberal Arts and others

About 150 people listened to a panel discuss women’s leadership in religious and spiritual life at “ Breaking the Stained-Glass Ceiling,” an event held on March 5, 2020, at Temple Sinai Reno.

Hosted by the University of Nevada, Reno College of Liberal Arts, the Northern Nevada Women’s Leadership Initiative and Temple Sinai, five women of different faiths spoke about the impact of women’s inclusion in or exclusion from prayer, practice and positions of power in religion.

Erin Stiles, a university associate professor and graduate program director for the department of anthropology, moderated the panel.

Not all of the panelists were born into their faiths. Some converted to their present religion later in life.

Domitrovich and Rabbi Zober expressed how they felt regarding how Catholicism and Judaism deal with gender and positions of authority. In Judaism, a rabbi can be either male or female. In Catholicism, only males may hold the position of priest. Both women expressed their frustration that men are representated more heavily in holy texts and leadership positions. The other three women expressed how, in their chosen faiths, they do not feel as though their religion represses them due to their gender.

All women said they believed that under the eyes of their respective gods and figures that women are just as important as men. A majority of the panel said that if women are valued equally by those they worship, they should not be repressed or cast out of their faith communities.

The event was sponsored by Renown Health, Flanz Writes; Temple Sinai Reno; the College of Liberal Arts’ School of Social Research and Justice; the Gender, Race and Identity Program; the departments of Anthropology, Communication Studies, History and Sociology; and University Police Services. The program was funded in part by a grant from Nevada Humanities and by the National Endowment for the Humanities.

A live stream of the event is available to watch on the Temple Sinai’s Facebook Page.